Rep. Marcia Fudge, D-Ohio, is backing Rep. David Scott, D-Ga., to be the next chairman of the House Agriculture Committee, Fudge’s staff confirms to Agri-Pulse. Fudge would be honored to serve as secretary of agriculture, if offered the position, an aide said.

Fudge had been seen as a leading candidate for either position.

Scott has the most seniority among Committee Democrats after Rep. Collin Peterson D-Minn., who lost his election. Rep. Jim Costa, D-Calif., third in seniority, is also seeking to chair the committee.

Carbon bank is the brainchild of Biden transition lead

With Joe Biden preparing to take office, the idea of using USDA to pay farmers to reduce greenhouse gas emissions is getting new attention.

Robert Bonnie, who leads the Biden transition advisory team for USDA, has proposed using the Commodity Credit Corp. to set up a carbon bank that would buy and sell carbon offsets from farmers. That’s the same CCC the Trump administration has been using to make trade assistance and coronavirus relief payments to farmers.

The carbon bank proposal is included in a climate policy memo produced by a group of former officials, including Bonnie, who served as undersecretary of natural resources at USDA during the Obama administration. The memo says USDA has “enormous and underappreciated discretionary financial resources and agency expertise” to address climate issues. 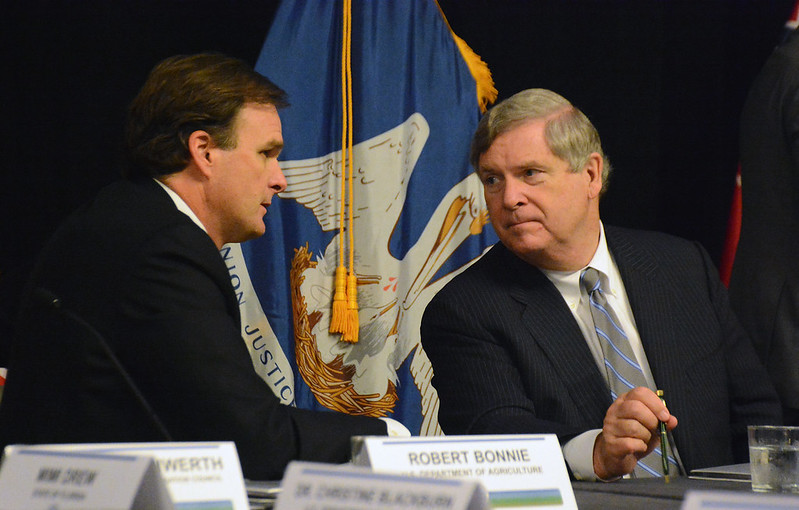 Take note: A new Food and Agriculture Climate Alliance is set for rollout next week, and one of its suggestions will be to incentivize climate-smart practices through a USDA carbon bank, tax credits or conservation programs, a source tells Agri-Pulse.

Bonnie has called for buying ag carbon credits through a reverse auction that would allow farmers, ranchers and forest owners to bid the price at which they are willing to sell offsets. The credits would then be sold into the private market.

In a study the Bipartisan Policy Center released this summer, Bonnie said Congress could authorize USDA to “buy, insure, and/or provide price guarantees for carbon credits.”

The carbon bank concept is somewhat similar to Biden’s campaign proposal to expand the Conservation Stewardship Program with the help of private funding to pay farmers for offsets.

But, but, but: Environmentalists have long been wary of using ag carbon credits to address climate change. “Carbon stored in farm soils during one growing season can be released to the atmosphere again the next, if practices aren’t maintained,” writes a policy expert for the Union of Concerned Scientists.

By the way: A leading farm conservation group, American Farmland Trust, has proposed five policy recommendations for the Biden administration, including a national cover crop initiative that would provide “a five-year surge of incentives and technical assistance.” 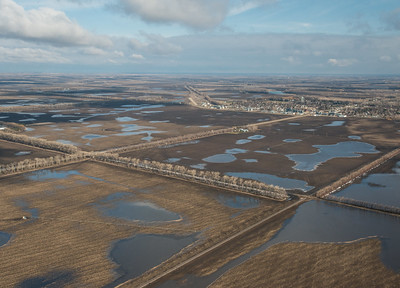 The Biden administration is likely to repeal the Trump administration’s Navigable Waters Protection Rule as it is part of the president-elect’s regulatory agenda, environmental lawyers at HoganLovells say in a new analysis. The NWPR replaced the Obama-era “Waters of the U.S.”  (WOTUS) rule that had expanded the jurisdiction of the Clean Water Act.

Keep in mind: Biden can’t use Congress to nullify Trump’s regulatory actions unless Democrats win control of the Senate in the upcoming Georgia runoffs.

The U.S. Meat Export Federation is expecting a record year for beef and pork exports in 2021 even though China is rebuilding its hog herds following an African swine fever outbreak that led to a surge this year in demand for U.S. pork.

Beef exports in 2021 will experience a “robust rebound to a new record of 1.387 million metric tons, exceeding the 2018 record year,” Halstrom said. Beef exports this year are expected to be down 4.5%.

There’s no sign Congress is going to pass a new stimulus bill any time soon. But there is still an urgent need for financial relief for Americans hit hard by the economic downturn caused by COVID-19, the Center for Budget and Policy Priorities, a research and advocacy group.

Citing Census data, CBPP says nearly 80 million adults reported in October that it was somewhat or very difficult for their household to cover expenses such as food, rent or mortgage, car payments, medical expenses, or student loans in the previous week.

Relief measures enacted earlier in the year have helped to address some of the hardship, “but they had significant gaps,” CBPP said. “For example, the SNAP increase in the Families First Act of March left out the poorest 40 percent of SNAP households, including at least 5 million children.”

FDA is encouraging food manufacturers to start voluntarily labeling products that have sesame in them to protect consumers who are allergic to it. Sesame isn’t one of the eight major food allergens required by a 2004 law to be included in labeling.

If a term such as tahini is used for a food that is made of or contains sesame, sesame should be included in parentheses following the ingredient, the agency says.

He said it. “If he runs in 2024 he'll certainly be the front-runner and will probably be the nominee.” – Sen. Marco Rubio, R-Fla., talking to congressional reporters this week about President Donald Trump’s future.