(Editor’s note: This is the second and final part of our stories on efforts to rebuild rural America. You can read Part One, "Rural leaders look for innovative ways to attract city folks to the country" by clicking here.)

For the 14% of Americans called rural residents, the pandemic “has served as a disruptor and shifted opportunities for residents of counties of a smaller size … (and has) certainly had an impact on the way people work and the opportunities available,” says Teryn Zmuda, chief economist for the National Association of Counties.

Keep in mind, “the pandemic hasn’t been the only disruptor or factor in job access (changes) and availability in rural counties,” she says, pointing to rural areas’ loss of a fourth of their manufacturing jobs and the decline of coal and mining jobs since 2000. Agriculture has done comparatively better on that score, she notes.

The 2020 Census put population numbers behind her observations, telling an age-old story of rapid growth in urban areas and stagnant or shrinking population in rural areas. In fact, the U.S. Census Bureau reported total nonmetro population did shrink, including decreases in 53% of rural U.S. counties overall in the 10 years ending April 1, 2020.

In part, that rural shrinkage is a subset of the smallest overall U.S. population growth in the past decade since the 1930s, owing to reduced immigration and a falling birth rate, even while the urban population grew 9% nationally. Overall, the total U.S. population in 2010-2020 climbed about 7.4%. 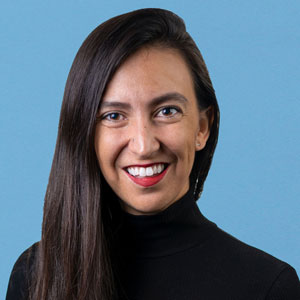 Teryn Zmuda, NACo
Nonetheless, the COVID upheaval may end up more blessing than curse in some ways for rural America; more opportunity than loss, owing to the nation’s accelerating economy, the $1.2 trillion infrastructure package for both new and continued spending for roads, bridges, broadband services, ports, inland waterways, and more, plus collaborative efforts by local and state governments, corporations, foundations, and local organizations.

Many rural community leaders like Kansan Steve Baccus believe rural communities will use broadband expansion and other features to make lemonade out of the pandemic’s aftermath.

“I think it’s sustained,” he says of the recent signs of folks moving to rural areas.

Baccus, a former Kansas Farm Bureau president, sees in Kansas and the Great Plains what the Census Bureau, USDA, and Pew are observing nationally: “You’re finding population is concentrating in and around regional hubs of 10,000-20,000 people…(but) once you get outside of the counties that immediately border that hub, they are losing population,” he says.

He points to sparsely populated western Kansas, where Baccus says low-key Fort Hays State University helps Hays thrive as a hub. Its surrounding Ellis County added about 500 residents in the past decade.

Baccus describes his hometown of Minneapolis, Kansas, as a sort of bedroom community that’s over 20 miles north of Salina, population 50,000 and host to Kansas Wesleyan University among its features.

The Minneapolis population of 2,000 is about the same as in 2010, and Baccus describes the availability of broadband service there and a fistful of community efforts to keep the small town an attractive choice to live. He chairs the Ottawa County Community Development Foundation board, which makes about $120,000 in competitive grants twice a year for a range of private and public community improvements. Voters have approved big bond issues for local school and hospital improvement in recent years, too, he notes. 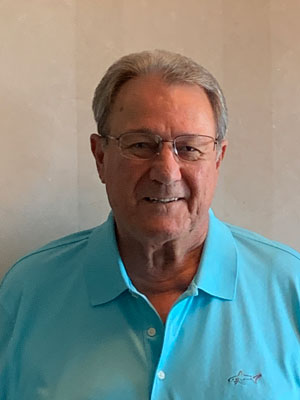 Steve BaccusMeanwhile, Barry Hodges, Minneapolis town clerk, reports houses are under construction on two of the lots Minneapolis has been giving away on the edge of town for the past two decades. People who commit to building a house get their lot free but pay for utilities and other improvements.

The land was gifted by wealthy residents who “were too damned busy” to develop the land themselves and “just wanted to see Minneapolis expand with some new housing.” The last phase of the giveaway – about 30 lots on 19 acres – is in the final planning stage, Hodges says.

When it comes to attracting new residents, NACo places a priority on supporting community colleges, many of which counties themselves own. Nationwide enrollment in community colleges has taken a hit, as have universities, in the pandemic.

But, community colleges are critical “as gateways to good jobs for their residents…(and) are a great way to address population concerns…(such as) mitigating depopulation,” NACo's Zmuda said.

Corteva, for example, used that gateway two years ago to donate $187,500 to set up its Rural Forge Scholarship fund with the Des Moines Area Community College (DMACC) Foundation to cover student academic expenses for rural Iowa awardees who study computer science and software technology. Eligible students can receive up to $7,500 towards the cost of tuition, fees, and books. Many of them are proceeding to internships and jobs with Accenture, an IT services and consulting company that launched the scholarship plan jointly with Corteva. Another half-dozen of the students will proceed to Accenture internships in January, Corteva said.