Multinational food companies raced to set pledges to slash the carbon emissions in their supply chains, and now those firms are scrambling to recruit the farmers needed to meet those targets, even as it remains unclear who’s going to foot the bill.

Company officials say they continue to be under heavy pressure from investors and consumers to address climate change, but some of the lead firms are running into the inevitable problems as they push farmers to adopt practices that increase soil carbon and reduce emissions from their fields.

Among the lessons companies are learning: What works in one area may not work as well in another, and farmers have to be convinced the practices companies desire make sense economically, not just environmentally. And companies are prodding farmers to change farming practices at a time when there are still no universally accepted protocols for reducing and measuring agricultural emissions.

“All of us in this space are riding a tsunami of change,” said Anna Pierce, director of sustainability for Tate and Lyle, a leading producer of food ingredients, primarily from corn.

Without firm rules and protocols in place, “we’re all hoping that what we're betting on at the end of the day” will turn out to be the standards of reducing emissions, Pierce said at the recent Sustainable Agriculture Summit, an annual conference that draws representatives of food companies, farm groups and ag suppliers. 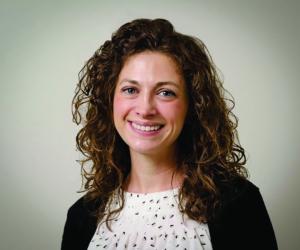 Anna Pierce, Tate and LylePierce said the industry has little choice but to persist in reducing the greenhouse gas emissions in their supply chain. Such emissions, which include those from farms that supply food companies, are known as “scope 3 emissions.”

For more on how farmers are using cover crops to address climate issues, read the first part of our series, “Cover Crops: The Potential, the Pitfalls, and the Policy Options.”

Field to Market, an organization that coordinates with farm groups and food companies to facilitate and measure progress on agricultural sustainability, says 30% of its 63 corporate members had made commitments for reducing scope 3 emission reductions as of this year, up from 22% in 2020. Field to Market co-sponsors the sustainable ag conference.

One of those firms, food giant Nestle, committed to halving its scope 3 emissions by 2030 from a 2018 base year, a goal in line with the goal of the recent Glasgow climate summit to hold the global temperature increase to 1.5 degrees Celsius (2.7 degrees Fahrenheit) above preindustrial levels.

“How we’re going to do that, we haven’t entirely figured that out,” said Jack Scott, a Nestle vice president whose responsibilities include sustainability and responsible sourcing.

“We know that we need to work with the farming community. We need to work directly with farmers to understand where they're at, what they're trying to achieve … and then identify the right partners in the supply chain that share the same values with us,” he said.

Nestle Purina, Nestle’s animal food business, and Tate and Lyle are both working with Truterra, a unit of dairy processing giant Land O’Lakes, to measure conservation outcomes on farms and to promote the use of cover crops and other practices that can sequester carbon and reduce agricultural emissions.

In many ways, the emission reduction effort is still very much at the experimental stage.

Tate and Lyle wants to assess the impact of various farming practices and incentives on 1.5 million acres of cropland with a five-year goal of having the information to know what works best in different geographic areas. “Having that much information I think sometimes is a burden, but I don't think five years from now we’ll regret it,” Pierce said.

Truterra, meanwhile, has been learning its own lessons about the impact that cover crops and and other farming practices can have on soil carbon. Truterra has been developing marketable carbon offsets by measuring the amount of carbon sequestered in the soil of farmers who have undertaken conservation practices.

Earlier this year, Truterra sold 100,000 metric tons of carbon offsets to Microsoft and will soon announce plans to significantly scale up the program.

“We've learned a tremendous amount in terms of how to ensure we identify up front who were good farmers to be able to be in the program,” Truterra President Jason Weller told Agri-Pulse.

Truterra's carbon measurements have turned up some wide variations in carbon impacts, said Weller, a former chief of USDA’s Natural Resources Conservation Service. In some cases, conservation practices resulted in less soil carbon than the “commonly available tools told everyone would be there,” he added. 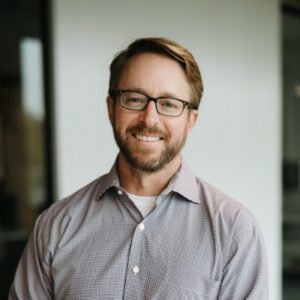 In some dry areas, where farmers have been following crop rotations and fallow periods, the carbon impact has actually turned out to be negative in some fields, he said.

PepsiCo, meanwhile, has had success in getting farmers in Iowa and Illinois to grow cover crops. The hope was that the practice would also encourage farmers to use less nitrogen, which would, in turn, reduce the emissions of nitrous oxide, the largest source of greenhouse gas emissions in U.S. agriculture.

Reducing nitrous oxide emissions is an important part of meeting PepsiCo’s climate goal. In line with the Glasgow goal, PepsiCo has pledged to reduce its scope 3 emissions 40% by 2030 from a 2015 base year.

However, the farmers PepsiCo is working with haven't reduced their nitrogen applications as much as the company wants. Margaret Henry, director of sustainable agriculture for PepsiCo, says the farmers fear seeing their yields dropping at a time when corn prices are relatively high.

“When the price of corn goes up, no one is going to want to take a risk and not over-apply nitrogen,” she said.

The company, which employs Practical Farmers of Iowa and the Illinois Corn Growers Association to provide technical advice to farmers taking part in the project, is offering producers locally based economic modeling with the optimal application rates, she said. Farmers in PepsiCo’s program planted 89,000 acres of cover crops in 2020 and the goal was to have 200,000 acres this year.

It’s still not clear to farmers or their customers what the cost is going to be to U.S. agriculture for reducing emissions and who’s going to have to pay for it.

“No one's going to pay an extra $20 for a bag of pet food because Nestle has a sustainability target,” said Scott. “And we have to look at the entire value chain and say, how, how do we start to spread that cost out?”

Meanwhile, Tate and Lyle's Pierce warns that the food industry isn’t backing away from its interest in reducing supply chain emissions. She notes that at one time she was one of her company's main points of contact with Truterra. Now, the main point of contact is Tate and Lyle’s chief procurement officer, the executive in charge of buying its agricultural commodities.

“If that doesn’t signal where everyone is starting to look in terms of supply chains and market access, I don’t know what does,” she said.