The U.S. doesn’t just want to employ modern farming technology and practices to combat climate change. It wants to work with governments and the private sector around the globe to collaborate on research through a new platform to improve the way farmers and ranchers produce food and fiber while reducing carbon emissions and preserving the environment.

The U.S. and an eclectic list of allies — United Arab Emirates, Brazil, Denmark, Australia, Singapore, Uruguay, Singapore and Israel — joined together on the sidelines of the President Joe Biden’s Leaders Summit on Climate in April to create the Agriculture Innovation Mission for Climate (AIM for Climate) and they are hoping to bring more countries into the effort, says Bill Hohenstein, director of USDA’s Office of Energy and Environmental Policy.

The countries are scheduled to launch AIM for Climate in November at the UN Climate Change Conference (COP26) in Glasgow.

While the effort is not a United Nations program, much of the work on it will be done on the sidelines of UN gatherings such as the Food Systems Summit in September, and there are growing concerns in the U.S. that AIM for Climate could be overshadowed by ongoing food-production reform projects in the 193-nation body.

While the U.S. is focusing on goals like “scientific breakthroughs via basic agricultural research through national-level government agricultural R&D and academic research institutions” through AIM for Climate, the UN has also launched five separate “action tracks,” aimed at big reforms like changing the way the world eats.

One such track is chaired by Norway’s Gunhild Stordalen, founder and executive chair of the EAT Foundation, a nonprofit organization behind the movement to drastically reduce the amount of meat consumed around the world. 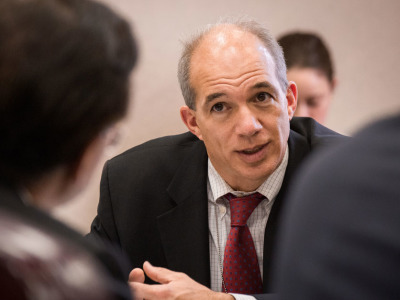 Stordalen, after being named a leader of one of the action tracks, said, “International summits rarely change the world by themselves, and especially not now given the global political climate. Our goal is, therefore, to take full advantage of the Summit to build an unstoppable global movement for change that we can keep growing well beyond the Summit, to force the kinds of far-reaching changes that the world now desperately needs.”

Hohenstein says he understands there is angst in the U.S. over some of the work at the United Nations by the action tracks, but he also stressed that AIM for Climate is completely independent of that work. Furthermore, a separate team at USDA will be keeping track of all the work that is being done at the UN.

“There’s a team at USDA that’s heavily engaged in preparations for the Food Systems Summit and understands the contributions that U.S. agriculture can make to improve food security globally,” he said. “We’re going to be paying close attention to everything that happens in the run-up to the Food Systems Summit, including the work on the action tracks."

As for AIM for Climate, the effort holds strong potential to benefit both U.S. farmers and farmers around the world — especially farmers in countries that don’t have enough money to do much research on their own.

“There are countries that have specific technologies like Israel, which has done a tremendous amount of work on water-use efficiency,” Hohenstein said. “It’s not like U.S. companies have all the answers.”

But there’s also a lot the U.S. can share to help improve productivity and reliance for farmers around the world.

“If we’re going to feed over 9 billion people on this planet by 2050, we have to use technology in agriculture to do that, he said. “We can’t go backwards. There are a lot of countries in the world that are interested in adopting new technologies for agriculture.” 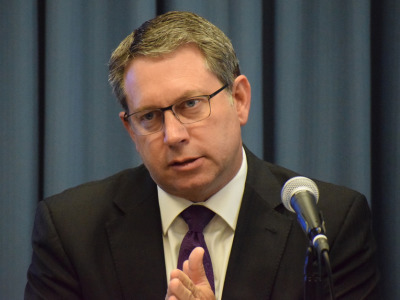 One of those countries is the UAE.

"The AIM for Climate collaborative initiative focuses on a sector that has been historically overlooked when it comes to climate action,” UAE Minister for Industry and Advanced Technology Sultan Al Jaber said in a statement. “By investing in innovation and technology in the agricultural sector, we can unlock opportunities for effective mitigation and adaptation, feed growing populations in resource-stressed areas, and create economic growth.”

But there will need to be a lot of work to prepare for the actual implementation of an effective platform like the one that’s being proposed in AIM for Climate, says David Blandford, professor emeritus at the Penn State College of Agricultural Sciences.

“In terms of implementation, that’s where the rubber hits the road,” he said. “What’s needed is an internationally coordinated approach that establishes what the priorities are and then … allocates those priorities across countries or institutions that are best able to deal with them.”