The Senate last night cleared a continuing resolution that will keep the government funded at fiscal 2021 levels until Feb. 18.

Senate approval of the House-passed measure was delayed until conservatives led by Kansas Sen. Roger Marshall and Utah Sen. Mike Lee got a vote on an amendment that would have blocked the Biden administration from carrying out its vaccine mandates. The amendment failed, 48-50.

The government has been operating under a CR since the 2022 fiscal year started Oct. 1. Lawmakers have yet to agree on their FY22 spending legislation.

Agriculture Secretary Tom Vilsack is making clear that the climate-smart projects that the department plans to fund out of USDA’s Commodity Credit Corp. account will seek to establish standards for climate-smart products.

Speaking on a webinar hosted by the journal Foreign Policy, Vilsack said that establishing climate-related ag standards “will allow us to give consumers greater confidence.”

Such standards also “will enable farmers to embrace climate-smart practices, reducing greenhouse gas emissions, and also allow them to participate in ecosystem markets and other ways in which they can identify additional revenue streams,” Vilsack said.

He said USDA hopes to make the first funding awards through the program in the second quarter of 2022.

Farm groups have varying opinions about whether USDA should get involved in setting standards and developing a green labeling program.

FDA’s proposal to give produce growers more flexibility to address the safety of their irrigation water is getting some positive reactions from farm groups.

FDA is moving to drop microbial testing requirements for pre-harvest agricultural water and instead have growers conduct “comprehensive” water assessments. 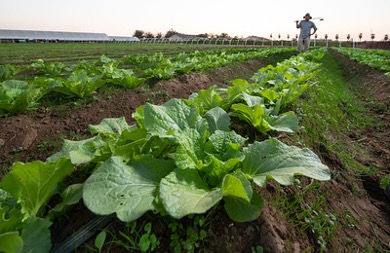 “It is our hope that the proposed agricultural water assessment approach will allow farms to individually assess their risks and tailor mitigation methods to each farm,” said Eric Deeble, policy director of the National Sustainable Agriculture Coalition.

Ted McKinney, CEO of the National Association of State Departments of Agriculture, “expressed appreciation for FDA’s leadership” in releasing the proposal.

Western Growers opted not to comment on the substance of the proposal but alerted its members it would be developing comments and pointed out that FDA is planning two virtual meetings to get feedback.

Lawmakers focus on next phase of confronting China

Members of a key House subcommittee say the Trump administration has made some headway in forcing reforms in Chinese trade policy with the “phase one” deal. But the lawmakers stressed Thursday in a House Ways and Means subcommittee hearing that they’re looking forward to learning the Biden administration’s next steps toward a more stable relationship with China.

“Importantly, the Biden administration is working with our allies to identify areas of convergence and to increase pressure on China with a coalition of concerned partners,” said Rep. Earl Blumenauer, an Oregon Democrat who chairs the trade subcommittee. “There’s much more that the administration must do on China, and I stand ready to work with them to do so.”

GOP Reps. Vern Buchanan of Florida and Tom Rice of South Carolina both expressed frustration that the Biden administration hasn’t detailed its strategy for confronting China on its industry subsidies, cybertheft and support of state-owned enterprises.

Rep. Ron Kind, D-Wis., used the hearing to make his point that the U.S. should rejoin the Trans-Pacific Partnership to better counteract Chinese influence with Pacific Rim countries.

USDA’s Animal and Plant Health Inspection Service is loosening some of its African swine fever restrictions that have blocked Puerto Rico and the U.S. Virgin Islands from sending any pork and pork products to the mainland.

The imported products will have to be commercially cooked, hermetically sealed, shelf stable and accompanied by documentation confirming they were treated according to APHIS requirements.

Why it matters: African swine fever has not been detected in Puerto Rico and the U.S. Virgin Islands – both of which are U.S. territories – but the virus has been found in nearby Haiti and the Dominican Republic. 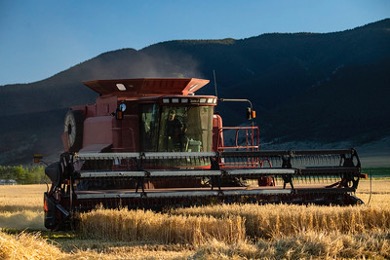 Global food prices rose for a fourth consecutive month in November, driven by strong demand for wheat and dairy products, according to the UN Food and Agriculture Organization.

FAO's Food Price Index averaged 134.4 points during November, its highest level since June 2011 and 1.2% higher than it was in October. The index tracks monthly changes in the international prices of commonly-traded food commodities. November’s index was 27.3% higher than it was a year earlier.

Dairy prices were up 3.4% as strong global import demand continued for butter and milk powders. The price index for cereal grains was up 3.1% in November. Supplies are especially tight for higher quality wheat, and there are concerns about untimely rains in Australia and potential changes to export measures in Russia.

The Occupational Safety and Health Administration is giving the public 30 more days to submit comments on the agency's plan to develop a heat standard for indoor and -- most important to agriculture -- outdoor work.

The new deadline is Jan. 26. The National Association of Home Builders and other major business trade groups had asked for an additional 60 days.

He said it. “The human appetite is the most destructive force on earth.” - Chef Bun Lai, speaking during a Foreign Policy webinar on food policy. He specializes in sushi and is a long-time advocate of sustainably sourcing fish.