The report from Field to Market: The Alliance for Sustainable Agriculture, showed little progress has been made in improving environmental outcomes from crop production since the early 2000s.

The group said progress on five key environmental indicators has stalled over the last decade. The report examined crop-specific impacts on energy use, greenhouse gas emissions, irrigation water use, land use and soil conservation from 1980 to 2020. A separate section of the report looked at biodiversity, water quality and soil carbon.

“While substantial progress has been made since 1980 in reducing soil erosion, reducing greenhouse gas emissions and improving efficiency of energy, water and land use, progress in the most recent 15 years has generally been slower and some declines in resource use efficiency are observed,” the report said.

There has been “a flat trend for adoption of no-till and reduced-till practices recently and a relatively modest adoption of cover crops to date,” the report said.

Reflecting that trend, soil erosion for major commodity crops “was significantly reduced from around 1990 through 2005,” the report said. “However, since the early 2000s soil erosion has largely held steady …. Understanding why conservation tillage adoption has plateaued will be key to driving future improvements in soil conservation.”

Farmers will have to be persuaded to make changes, the report said.

“While the research to develop new technologies is critical to success, it is increasingly clear that social science research and community support to address the agronomic and financial risk related to changing productions systems is necessary to achieve sustained transformation of the agricultural system,” said Allison Thomson, vice president of science and research at Field to Market.

In a webinar Tuesday, Thomson said research needs to focus both on barriers to individual adoption and on how the structure of the ag industry in different regions may affect the adoption — and persistence — of conservation practices. 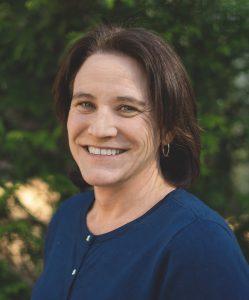 Research has shown that practices like cover crops, reduced tillage and edge-of-field practices including riparian buffers and constructed wetlands result in “measurable improvements in nitrogen, phosphorus and sediment losses from farms,” the report said.

But federal support needs to be beefed up, it added.

The number of acres receiving Natural Resources Conservation Service Conservation Stewardship Program support for these practices increased from about 700,000 acres in 2017 to 1.7 million acres in 2020, but “this still only represents 1% of the total U.S. cropland,” the report said. “For these practices to reduce the negative impacts from agriculture on a watershed scale, they need to be implemented ubiquitously, according to local physical conditions and cropping systems.”

For example, for corn produced for grain, “small GHG emission increases per acre since 2000 can be attributed in part to the factors behind the plateauing of energy use, with the additional contribution of higher fertilizer nitrogen applications leading to greater nitrous oxide emissions,” the report said.

Soybeans showed “clear improvement from 1980-2000 across the indicators, with progress slowing in the past two decades,” the report said. “Land use and irrigation water use efficiency saw the greatest improvements over the last two decades, while little or no improvements were observed for soil erosion, energy use and GHG emissions.”

In part of the report looking at water quality, the report said the trends in “economically important watersheds like the Chesapeake Bay and Gulf of Mexico over the past five years do not suggest improvement. Hypoxia in both areas remains problematic and is closely linked to precipitation patterns that either increase or decrease flow in the tributaries and the amount of nutrients, crop protectants and sediment dissolved within.”

The Chesapeake Bay Foundation, however, said EPA's non-enforcement of the Total Maximum Daily Load in the Bay watershed — not rain and snow — is the main reason for the lack of progress on nutrient pollution.

“While it’s true water quality in the Bay is influenced by rainfall, management efforts also play a significant role," said Beth McGee, CBF's director of science and agricultural policy. "To that end, EPA has failed to hold states accountable for meeting their cleanup commitments. The best way to save the Bay is for the Biden administration to enforce the Clean Water Act as well as increase investments in proven USDA conservation programs that will both reduce nutrient pollution and combat climate change.”