House Agriculture Committee Chairman David Scott says he plans to start holding farm bill hearings in January. And he says the House will likely act on the Growing Climate Solutions Act by early next year as well.

In an Agri-Pulse Washington Week in Review interview, Scott said there will be some modifications to the Senate-passed climate measure that he didn’t specify. However, he said he has discussed the bill timing with House Majority Leader Steny Hoyer, D-Md., and expects “some level” of bipartisan support.

The bill is aimed at accelerating the development of ag carbon markets by putting USDA in charge of certifying credit verifiers and farm technical advisers.

“I’ve let everybody know that we are going to move that bill,” said Scott, D-Ga. 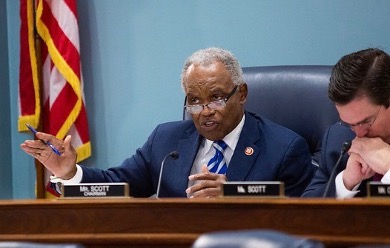 Democrats appeal to EPA on dicamba

Scott and 10 other House Democrats are asking EPA to delay making potential herbicide registration revisions, including restrictions on dicamba, because of the high input costs farmers are facing.

“During this period of economic uncertainty caused by the ongoing COVID-19 pandemic, taking steps to restrict the number of herbicides that farmers can utilize could seriously exacerbate existing strains on supply chains, leading to shortages, increased demand for already supply-constrained alternatives, price hikes, and significant losses directly to farmers who have already purchased herbicide and seed for the upcoming 2022 growing season,” the lawmakers say in a letter to EPA Administrator Michael Regan.

Farmers shouldn’t expect to see relief from high production costs until the third quarter of 2022, at the earliest, according to economists at CoBank, the bank for cooperatives.

Among the bright spots in the farm economy: biofuels. The fuel ethanol complex “is revving on all cylinders driven by strong consumer demand” and higher prices, CoBank says. The economists also expect the build-out of soy oil refining capacity to continue apace due to the growing demand for renewable diesel. 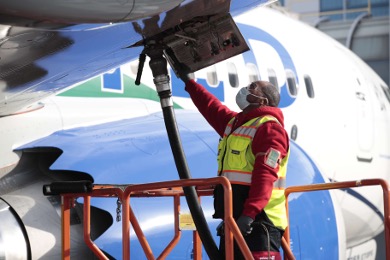 The biodiesel industry and groups representing gasoline and diesel retailers are appealing to congressional Democrats to tighten up proposed tax incentives for sustainable aviation fuel.

As we reported this week, the biofuel industry opposes allowing oil refiners to get a tax credit if they blend feedstocks such as vegetable oils or animal fats with petroleum products. Such co-processed fuels are currently ineligible for biofuel tax credits.

The SAF incentives are included in the Build Back Better bill pending in the Senate. “If U.S. oil refiners are incentivized to co-process even minimal amounts of biomass feedstock, they could potentially divert available biomass feedstock from standalone biofuel producers,” the industry groups say in a letter to Democratic congressional leaders.

Net export sales of U.S. soybeans jumped sharply in the final days of November and the start of December, and China remains the driving force, according to USDA trade data.

Export sales for the week of Nov. 26 through Dec. 2 reached more than 1.6 million metric tons, a 54% increase from the previous week and a 27% increase over the average of the prior four weeks. China purchased 893,400 tons of that total.

The U.S. exported a record 2.8 million metric tons of alfalfa hay in the 2020-21 marketing year, which ran from October 2020 through September this year, and strong demand from China was the driving factor, according to a new analysis from USDA’s Foreign Agricultural Service.

China’s base 7% tariff on U.S. alfalfa comes on top of the 25% in tariffs that Beijing applied in retaliation for U.S. Section 301 tariffs that were put in place during the Trump administration 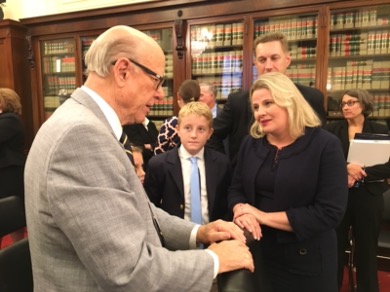 CFTC member to leave after term

“Like the markets we oversee, the composition of the commission is, by design, constantly evolving to gain the benefit of fresh perspectives,” she said.

Starbucks says it’s the victim of a hoax and that it has no plans to remove an “upcharge” on plant-based milks or increase prices on milk that comes from cows. “We assure our most valued customers that we would never place the burden of a dairy upcharge on them,” the company said.

Business Insider, which reported the false information, said it was based on “a fake press release put out by an unknown organization claiming to be Starbucks.”

Starbucks charges an extra 70 cents for drinks with plant-based alternatives such as soy, oat and coconut milk.

He said it. “Agriculture has got to claim our role in the inside pole position, as my friend Richard Petty used to say.” - House Ag Chairman David Scott, D-Ga., saying the Growing Climate Solutions Act would give the ag sector a head start in addressing climate change.

Send questions, comments or tips to Philip Brasher at philip@agri-pulse.com.