Home » Water rights, SGMA and Bay-Delta Plan propel lawsuits for 2022 and beyond
WEST

Water rights, SGMA and Bay-Delta Plan propel lawsuits for 2022 and beyond

Farm lobbyists are looking ahead to the next year as water battles escalate with the drought and groundwater sustainability plans.

In his keynote address for the California Farm Bureau’s annual meeting last week, President Jamie Johansson set the tone for his policy outlook when he said an attack on water rights is coming.

“Priority rights are essential,” said Johansson. “If those go away, we know what comes next. We'll all be begging at the feet of a bureaucracy to try to get our allotment.”

During a session on water policy issues, Farm Bureau Senior Counsel Chris Scheuring elaborated on this forecast. He assured members that no “catastrophic water rights reform” is currently on the horizon and that farmers will not, in short order, lose the doctrine of prior appropriation that governs the current system.

“But we are looking at death by a thousand cuts,” said Scheuring, describing a suite of emergency curtailment orders issued throughout the summer by the State Water Resources Control Board. “We are going to have to deal with continuous fights on new carve outs, like human health and safety.”

While those needs do not fit within the priority rights system as it stands today, Scheuring acknowledged human health is “a tough thing to argue with when somebody can’t turn on the kitchen sink to get a glass of water.” He pledged to continue fighting for priority rights for every curtailment regulation going forward, but recognized the board should issue curtailments during drought years for the system to function as it was designed to. 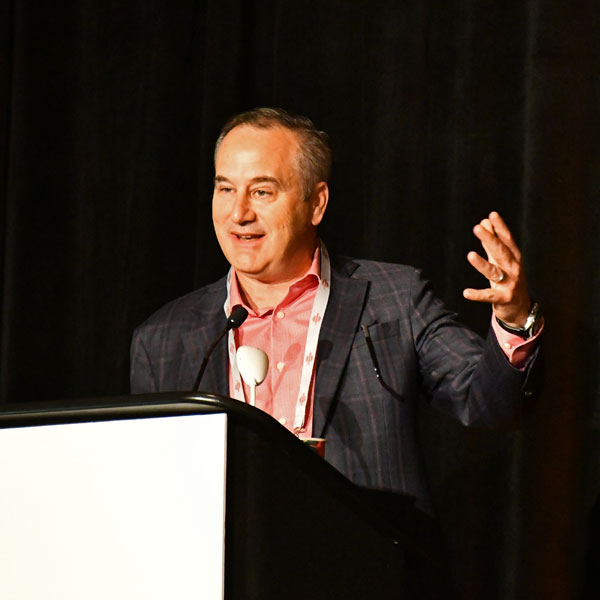 “It's a system based on seniority, and in a dry year the juniors should not be diverting,” he explained, reasoning that such illegal diversions would take away from senior right holders. “We have a very vested interest in seeing that this system works so that we won’t get something else.”

Danny Merkley, who leads policy engagement on water resources for the farm bureau, described a different sort of threat to water rights that has not gained as much attention. After the passage of Senate Bill 88 in 2015 during the last drought, the state water board has required nearly all diverters to monitor and report on water use annually. Farmers have had to install new meters to be constantly connected to their diversion rates, he explained.

“By ignoring that, you are jeopardizing your water rights,” said Merkley. “You're putting yourself at risk for very severe fines.”

Despite the financial risk, the water board is not looking to be punitive and is more concerned about gathering the data to better inform curtailments, he cautioned. Without that real-time information, staff would have to lean on more conservative curtailments and estimate usage.

In tracking the data, board staff have found that most water right holders have not been reporting their diversions. Yet more than 90% of the total volume has been reported, due to larger water districts complying with the requirements. The law also exempts diversions of less than 10 acre-feet, offering regulatory relief for livestock ponds.

While the water board used that information to issue curtailments this year to ensure enough freshwater flows reach the Sacramento–San Joaquin Bay Delta, the battle over Delta pumping operations continues to play out in court.

In 2019 the Newsom administration sued federal agencies over Trump-era biological opinions for endangered fish species. This year the Biden administration sought to overturn the species review by once again initiating the consultation process, and in October the agencies submitted an interim operations plan for the Delta to immediately replace the 2019 opinions, in coordination with Newsom’s secretaries. That drew criticism from farm groups and California lawmakers, while conservation agencies claimed the interim plan did not go far enough.

“It makes nobody happy,” said Scheuring, noting that the judge now has to decide how to move forward with the case without any agreement among parties. “The court might even fashion its own version of an interim operations plan for the Delta pumps.”

The state water board is facing lawsuits, meanwhile, over the Bay-Delta Water Quality Control Plan. Several Central Valley irrigation districts and the City of San Francisco claim the board has exceeded its authority in committing 40% of unimpaired flows to environmental protections in the Delta. The Newsom administration recently abandoned efforts to pursue voluntary agreements with south-of-Delta contractors, triggering the water board to revisit the Bay-Delta Plan and begin implementing the first phase, which was approved in a contentious 2018 decision.

During an informational hearing on the plan last week, Tom Berliner, an attorney representing the Merced Irrigation District (MID), which is the lead plaintiff in one case, excoriated the administration for pushing to commit 40% of unimpaired flows to environmental protections. According to Berliner, the court has held that the Bay-Delta Plan must be implemented through a water rights proceeding, and that discussion will not start for some time. Several environmental advocates encouraged the board to implement the plan next year through an emergency action. Berliner questioned the legality of that approach, since it would actually be updating 30 years’ worth of regulations rather than responding to an emergency.

Merced Irrigation District General Manager John Sweigard had stronger words, describing the plan as a water grab by the board.

He worried the plan would send to the Delta as much as half of the water supply from Lake McClure, which supplies farmers in eastern Merced County.

Along with Delta water flows, the courts will make key decisions over the coming decades on plans being submitted for the Sustainable Groundwater Management Act (SGMA). Some of those cases could take as long as 30 years to come to a final answer, according to Scheuring.

“The second part of any landmark regulatory scheme being enacted is the stuff that happens in the court system, and that takes a while,” he explained, adding that the courts will decide how the government interprets language on issues like interconnected surface resources and groundwater depletions affecting wetlands.

Scheuring noted two lawsuits were filed against groundwater sustainability plans in the San Joaquin Valley before the Department of Water Resources even had a chance to review them, which raised skepticism over the viability of the cases, given that it may have been “too early to sue.” Lawsuits over plans for the Indian Wells Valley and Cuyama groundwater basin along with the Madera Subbasin have moved forward as well.

Scheuring expected to see a legal battle over preemption for the Paso Robles Basin, where the county passed its own ordinances to restrict groundwater extraction before SGMA took effect.

“SGMA is the name of the game with that stuff,” he said. “That [ordinance] is ripe for adjudication eventually, too.”

Dennis Albiani, the vice president of California Advocates and a policy representative for the Almond Alliance, told Agri-Pulse at the Almond Conference last week that he does not see any movement in the Legislature on reallocating water rights outright.

But he worried the water board may seek a permanent allocation for disadvantaged communities to shore up drinking water supplies, which he described as subtly rewriting water rights. Regions with unreliable drinking water have remained mostly undeveloped because they lack both surface and groundwater water supplies, he argued, adding as a counterweight: “People have built farms over generations because they have secure water.”