Ippolito International has hired Jeff Feldeisen as the company’s new sales and commodity manager. Growing up in the Salinas Valley, Feldeisen began his career working in operations as a field inspector for Foodsource. He later held roles with America West Distributing and worked for 18 years with Dole Fresh Vegetables.

The Hass Avocado Board has added two producers and two importers to its 2022 board of directors. Producer Salvador Dominguez from Santa Paula, Calif., will serve as chairperson and producer Ben Van Der Kar of Carpinteria, Calif., as vice chairperson. Importer Sergio Chavez will serve as secretary and importer Aaron Acosta as treasurer. 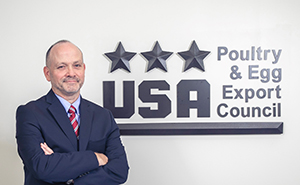 The USA Poultry & Egg Export Council (USAPEEC) executive committee has appointed current chief operating officer Greg Tyler as the council’s next president and chief executive officer. He succeeds Jim Sumner, who will be retiring from the position in June after 32 years leading the organization. Tyler has been with USAPEEC for 25 years, starting as director of foreign market development and Asian promotions before being promoted to vice president and senior vice president for marketing. He was named COO in July 2020.

Mayo Schmidt has left his position as president and CEO of Nutrien and has resigned from the Board. Ken Seitz, executive vice president and CEO of Potash, Nutrien Limited, has been named the company’s interim CEO. The Nutrien Board of Directors will work with an executive search firm to begin a global search to select its next CEO, considering both internal and external candidates. 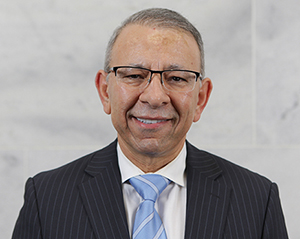 The National Sustainable Agriculture Coalition has named Ma’raj Sheikh as the organization's new grassroots director. Sheikh joins NSAC after serving as systems and strategy manager at the Chicago Food Policy Action Council. She was a National Science Foundation Fellow, and moved to Iowa from Southern California to learn about agriculture at Iowa State University, where she studied sustainable agriculture and community and regional planning. Madeline Turner is also NSAC's new grassroots fellow. Turner is a writer and community-builder who holds a B.A. in Anthropology and Sustainable Food from Smith College. She is the co-author of The Land of Milk and Money: Lessons Learned and Business Earned from Women in Dairy and is currently working on a writing project focused on the relationships between cultural trauma and landscape transformation.

The U.S. Apple Association hired Mitchell Liwanag as the new manager of association services. Liwanag comes to U.S. Apple from the National Communication Association, where he managed day-to-day office and building operations and assisted with membership management. Before that, Liwanag worked for the National Association of State Departments of Agriculture as a policy intern.

The International Poultry Council has added new and reelected members to its executive committee for 2022. Gonzalo Moreno has been newly elected to the board and Birthe Steenberg returns to the committee, both as country member representatives. Marilia Rangel Campos Martin was reelected as the associate member representative. Yu Lu and Sergey Lakhtyukhov were also invited to join the executive committee as appointed members.

Founding co-chair of Solutions from the Land, Tom Lovejoy, passed away Dec. 25. Known as a conservation biologist and one of the world’s experts of the Amazon Basin, Lovejoy was a passionate advocate for how humans and nature must find a sustainable way to live and thrive. He was inducted into the National Academy of Sciences earlier this past year.

Sarah Weddington, who was USDA’s general counsel under former President Jimmy Carter in 1977-78, died December 26 at her home in Austin, Texas. She was 76. She had been in declining health but the cause of death was not disclosed. Weddington was famous for having successfully argued the Roe v. Wade abortion case before the Supreme Court in 1971, when she was just 26 years old. At age 32, she was the youngest ever to serve as top legal officer of a cabinet-level department. Her brief tenure at USDA was marked by implementation of the Wild and Scenic Rivers Act, for which she went by horseback into the Big Bear Wilderness area of Montana to observe the application of the laws pertinent to remote areas, she said in an oral history. After a year at USDA, Carter appointed her a special assistant to the president.

Sarah Tyree passed away Dec. 30 after a long battle with brain cancer. She was 54. Most recently, Tyree served as vice president for policy and public affairs at CoBank, where she worked for 15 years. She focused on local food, urban agriculture, telehealth, water systems and rural broadband. She also championed many of CoBank’s corporate social responsibility initiatives. She began her career on Capitol Hill and then managed agricultural issues for the Biotechnology Industry (now "Innovation") Organization before moving to Missouri to work for the state Department of Agriculture. In this position, she directed the creation of the Missouri Conservation Reserve Enhancement Program and managed the Missouri Phase II Tobacco Settlement. She then served as vice president at AgriLogic in Washington, D.C. Tyree also was a longtime member of the board of directors for DC Central Kitchen and served as chairwoman for six years.