Daybreak Jan. 14: Biden: It's up to states, employers now

“This action shows that OSHA needs to consider other alternatives to encourage vaccinations for workers across the country,” the National Council of Farmer Cooperatives said after the unsigned opinion was released Thursday afternoon.

The group had pushed unsuccessfully for changes in the regulations, arguing that the mandate could worsen labor shortages.

President Biden said it’s “now up to states and individual employers to determine whether to make their workplaces as safe as possible for employees and whether their businesses will be safe for consumers during this pandemic by requiring employees to take the simple and effective step of getting vaccinated.”

OSHA’s emergency standard required workers at companies with 100 or more employees to be vaccinated or undergo weekly tests and wear masks. 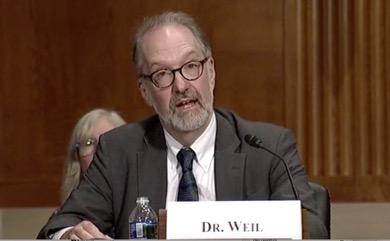 David Weil, a familiar face to some in ag, at confirmation hearing.

A couple of President Biden’s nominees who are familiar to U.S. agriculture are headed to the floor for votes.

They include Robert Califf, Biden’s pick to run the Food and Drug Administration. The Senate Health, Education Labor and Pensions Committee approved Califf’s nomination 13-8. Califf ran FDA during the last year of the Obama administration.

The second, and more controversial, nominee is David Weil, picked to run the Labor Department’s Wage and Hour Division.

Weil, who ran the division during the Obama administration, clashed with members of the House Ag Committee in 2014 after the Labor Department used “hot goods” orders to go after growers in Oregon who were accused of violating wage regulations. “Hot goods” provisions allow the department to block the shipment of commodities that are allegedly produced in violation of wage laws. The department later dropped the case and returned money to the farmers.

The Senate HELP Committee deadlocked 11-11 along party lines on the Weil nomination last year. But the panel approved his nomination on Thursday, 11-10, because Republican Rand Paul of Kentucky was absent.

The National Pork Producers Council is hoping confirmation of Califf can result in productive talks with USDA on streamlining the regulatory process for animal biotechnology.

The meat industry has long criticized the current system, which treats “intentional genetic alterations” in animals as new animal drugs, as overly burdensome and unjustified. The industry points in particular to FDA's approval of only two animals bioengineered for food — AquaBounty salmon and GalSafe pigs.

GOP Reps. Rick Crawford of Arkansas and Tracey Mann of Kanas and 26 of their GOP House colleagues are joining the campaign from Capitol Hill to press the Biden administration to challenge India’s wheat and rice subsidies at the World Trade Organization.

“American commodity producers are operating at a clear disadvantage to their competitors, primarily from India, where the government is subsidizing more than half of the value of production for rice and wheat, instead of the ten percent allowable under WTO rules,” the House lawmakers wrote in a letter to U.S. Agriculture Secretary Tom Vilsack and U.S. Trade Representative Katherine Tai.

Sen. John Boozman, R-Ark., and 17 of his Republican colleagues delivered the same message in a letter to Vilsack and Tai in December.

Nigeria agrees to allow imports of US pork sausage

Nigeria has agreed to ease its ban on U.S. pork to allow in “sausage and similar products.”

“We are excited to be the first U.S. protein to be allowed access to the Nigerian market,” NPPC President Jen Sorenson said, noting that the West African nation of 211 million souls has the largest GDP of any country on the continent.

While exports of other U.S. pork products – as well as beef and poultry – are still blocked by Nigeria, NPPC says it’s optimistic that the opening will lead to more access for U.S. meat. 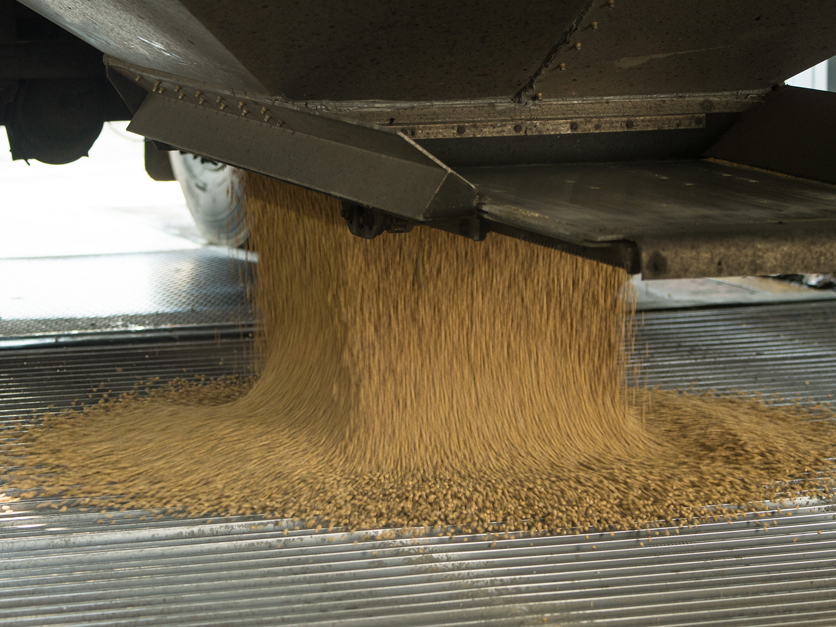 US soybean export sales get a strong start in 2022

U.S. soybean export sales began 2022 with strong numbers while Brazil was busy in the early stages of its harvest. USDA is reporting net export sales of 735,600 metric tons of soybeans from Dec. 31 through Jan. 6, with 301,800 tons of that business going to Chinese buyers.

China also committed to purchases for the next U.S. soybean harvest. USDA reported contracts to buy 183,000 tons of U.S. soybeans in the 2022-23 marketing year, with China accounting for 63,000 tons. The rest are marked as going to “unknown destinations.”

USDA’s Animal and Plant Health Inspection Service says it seized and destroyed nearly a ton of prohibited pork, poultry, and ruminant products from New York City-area retailers in the last three months of 2021.

The 1,900 pounds of items “were sourced from China, lacked required import permits and health certificates, and therefore are considered a risk of introducing invasive plant and animal pests and diseases into the United States,” APHIS said in announcing the actions by its Smuggling Interdiction and Trade Compliance program.

She said it. “This is about doing what works for farmers and recognizes the important stake that they have in protecting our land and water.” - Senate Ag Chairwoman Debbie Stabenow, D-Mich., on USDA’s announcement of $225 million in new funding through the Regional Conservation Partnership Program.

Daybreak will not be published on Jan 17 due to being a federal holiday.