Today’s the deadline for Canada to present the U.S. a plan for correcting 14 tariff rate quotas for American dairy products. Sources tell Agri-Pulse the plan was delivered to USDA a day early on Wednesday, but details aren’t available yet.

If the U.S. doesn’t agree that Canada has adequately fixed the problem – and some in the U.S. are not optimistic that Canada will – the U.S. can retaliate with tariffs on Canadian goods.

The USMCA dispute panel that set the deadline ruled on Dec. 20 Canada was guilty of setting aside most of the quotas for imports of cheaper dairy products in order to preserve the market in Canada for higher end products like cheese for domestic Canadian producers.

“I just don’t see how they’re going to change anything to allow our products to come in because we would displace Canadian cheese,” said Mike Durkin, president and CEO of Colorado-based Leprino Foods Co., the largest producer of mozzarella cheese in the world.

Ag Secretary Tom Vilsack told Agri-Pulse this week that Canadian Agriculture Minister Marie-Claude Bibeau assured him that Canada understood that it has “a responsibility under USMCA … to attempt to provide an appropriate response.” 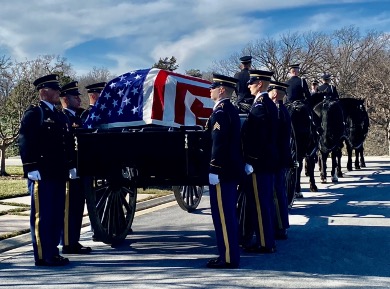 USDA expects to announce its plans soon for carrying out its flagship Climate-Smart Agriculture and Forestry Partnership Initiative that will be funded with $1 billion from the department’s Commodity Credit Corp. account. The program will fund a series of demonstration projects aimed at developing markets for low-carbon commodities and climate-smart farming practices.

And speaking on a BPC webinar for the report's launch, Vilsack said the recommendations align closely with the CSAF program, which will aggregate data from groups of participating farmers, ranchers or timberland owners.

Data from the projects should help inform policy discussions for the next farm bill, Vilsack said.

“That's one of the reasons why these demonstration projects are so important,” Vilsack said. “Because we’d then be able to populate the conversation with real-world experience on how this works.”

Republican lawmakers used a House Agriculture subcommittee hearing Wednesday to raise questions about USDA’s ability to deliver on the more than $20 billion in conservation funding that President Biden is asking Congress to approve.

Terry Cosby, chief of the Natural Resources Conservation Service, assured lawmakers the agency would be fully staffed up this year. However, he also told them he didn’t know whether USDA had been consulted by congressional Democrats when they were developing the Build Back Better bill, which includes new funding for the Environmental Quality Incentives Program, among others.

Cosby said the agency has undertaken an “aggressive hiring strategy.”

By the way: Lawmakers will focus on commodity programs next Tuesday, when House Ag’s Subcommittee on General Farm Commodities and Risk Management brings in Robert Bonnie, USDA’s new undersecretary for farm production and conservation. 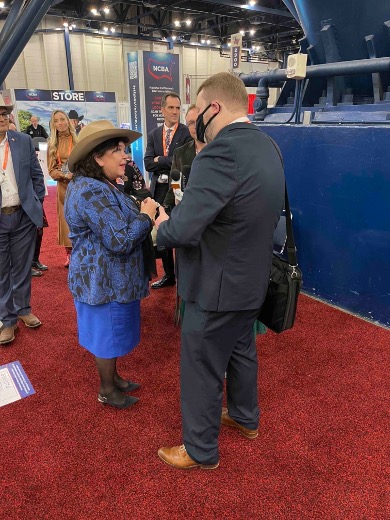 The National Cattlemen’s Beef Association has dealt another blow to the prospects for a livestock market reform bill that sponsors are trying to move through the Senate Ag Committee. An NCBA committee voted Wednesday to specifically state the organization’s opposition to cash trade mandates, a key element of the bill sponsored by Sens. Deb Fischer, R-Neb., and Chuck Grassley, R-Iowa. The American Farm Bureau Federation has already come out against those requirements.

But in a blow to the meat industry, there’s news that packing giant JBS has settled a price-fixing case brought against the big four beef processors. JBS, which left NCBA in 2021, has agreed to cooperate in the litigation that also includes Tyson, Cargill and National Beef.

Grassley pounced on the news: “If there were any doubt about the shenanigans Big Packers play to line their pockets at the expense of consumers and independent producers, look no further than JBS’ $52.5 million settlement in price-fixing litigation.”

More than $1B in loan guarantees, grants offered to rural areas

USDA announced $1.4 billion in loan guarantees and grants to rural businesses and producers, including $65.7 million in value-added producer grants and $5.8 million in rural cooperative development grants.

Most of the funding — about $1.3 billion — is in the form of loan guarantees that help lower interest rates for borrowers.

Two examples of grants cited by USDA: In Oklahoma, Rolland Ranch Beef will receive $250,000 “to increase processing, marketing and delivery of locally raised beef to area consumers, schools and the Chickasaw Nation,” and Pella Cooperative Electric Association in Iowa will use $300,000 “to replenish the association’s revolving loan fund, which will facilitate construction of a women’s housing and health care facility.” 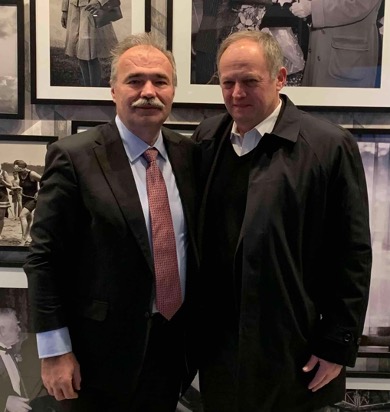 From Feb.1 through April 30, retailers will have to roll back prices of the food staples to October levels. But during an interview while in D.C., Nagy also stressed that wholesalers won’t be allowed to pay farmers and food processors less for their products.

“The whole retail industry has to treat this basically as a three-month ‘sale,’” Nagy said.

He said it. “This is not about benefiting Canadian consumers or Canadian processors or Canadian dairy farmers; this is about complying with their commitments to the United States under a trade agreement.” - U.S. Dairy Export Council Executive Vice President Jaime Castaneda to Agri-Pulse on the Canadian dairy quota case.