Producers, lawmakers, and administration staffers all agree on the benefits of the technical assistance provided by Agriculture Department conservation officials. The only issue is getting the funding — and the people — to make it happen.

As farmer demand for conservation programs accelerates, USDA’s Natural Resources Conservation Service is often stretched thin, and farmer and staff frustration is growing — particularly when much of the conservation technical assistance (CTA) offered by NRCS staff is now given remotely due to the pandemic.

According to NRCS Chief Terry Cosby, on-site staff at some NRCS offices has been reduced to 25%, while at others on-site staff is closer to 50% to 75% of normal.

“It has been amazing the amount of work we have done over the last two years in assisting farmers,” Cosby told Agri-Pulse in January. “We have had to adjust and adapt. We are doing a lot more stuff on the computer. We developed some new technologies, where landowners can sign documents (online). And we also meet people out in the open space; we talk across the truck.” 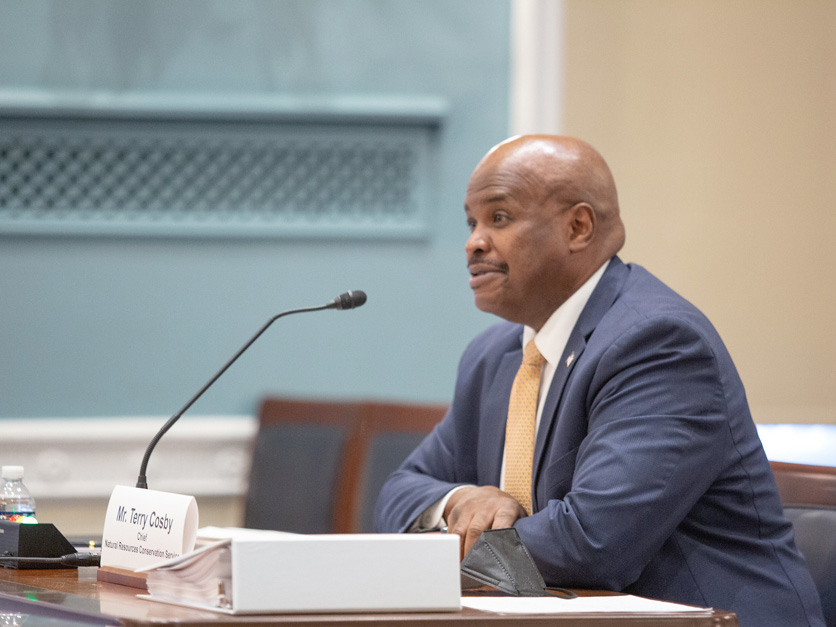 NRCS Chief Terry Cosby“I don’t see that any of the conservation work is falling off,” he added. “As a matter of fact, we have gained momentum.”

Cosby separately told a House Ag subcommittee earlier this month that NRCS had hired about 3,000 workers in the last two years and that he expected to reach the agency’s staffing limit — a little over 11,000 — later this year.

However, both NRCS staff and some farmers have voiced frustration. Staff would like to interact more with farmers in person, and farmers are frustrated they can’t always get the help they need as quickly as they would like it.

Staffing shortages at NRCS are not new, but the agency has made headway getting the staff it needs; NRCS added roughly 1,400 employees out of 1,500 open positions last year during a very tight labor market, according to the National Sustainable Agriculture Coalition.

NRCS’s 2,539 offices, located in most counties in the United States, each employ between one and five people. Their job is to help farmers apply for the various conservation programs offered by the federal government and provide technical assistance to ensure compliance with those programs.

The currently stalled Build Back Better Bill would provide more than $2 billion for conservation technical assistance over 10 years.

“The CTA money would fund the on-the-ground staff that NRCS needs to write conservation plans and ensure compliance with existing plans,” said Jesse Womack, a conservation policy specialist with NSAC. “It is money on top of what is already allocated through the farm bill and other processes.”

Womack notes that between 50-75% of applications for the Conservation Stewardship Program and Environmental Quality Incentives Program are being turned down.

“There are more farmers that want to participate than can,” he said. “The backlogs are pretty significant, and NCRS staff are not getting the kind of face time with farms that they want.”

The survey showed more than 90% of respondents underscored the benefits of face-to-face interaction with producers and building long-term relationships. Yet working so directly with farmers has become much more difficult during the pandemic, and providing technical assistance to farmers and landowners via web conferencing and virtual field workshops was rated the least effective method of working with farmers, with just 13% and 23% saying they were effective or very effective.

“One of the really important things for truly climate-friendly agriculture is that what gets implemented stays implemented,” Womack said. “Having access to NRCS staff who can work with farms or answer technical questions whether or not a farmer is currently under contract or not is really important and goes a long way toward helping farmers build the climate friendliness and climate resiliency of their operations.”

In the absence of the full suite of services being available from an NRCS workforce already stretched thin, some organizations say they’re able to step in. 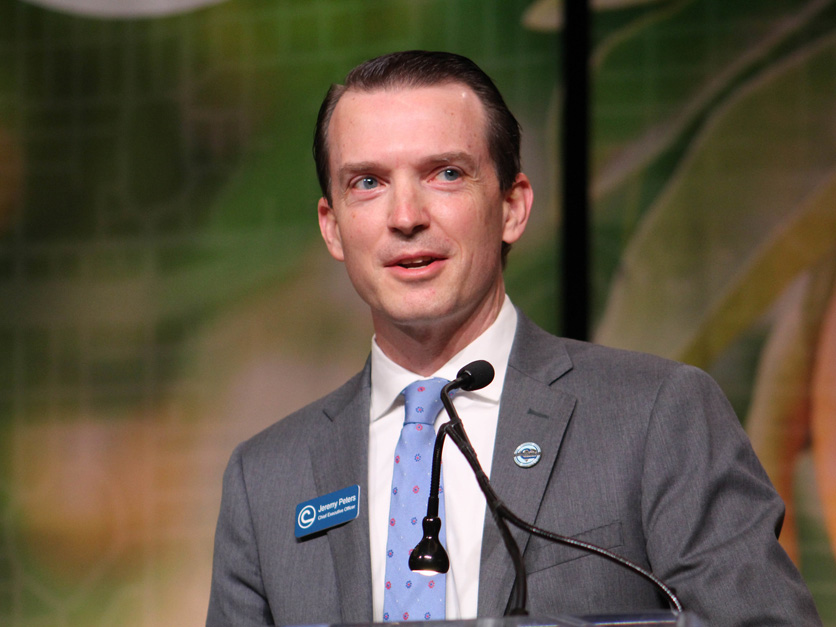 NACD CEO Jeremy Peters (Photo: NACD)“I've hired more agronomists and soil scientists at Ducks Unlimited in the last several years than I have waterfowl biologists because that's where the need is,” Adam Putnam, a former member of Congress and Florida ag director who now heads up Ducks Unlimited, said in an interview with Agri-Pulse.

Jeremy Peters, CEO of the National Association of Conservation Districts, offered similar thoughts, saying on some occasions a producer might stop into a USDA field office and not be aware if “they're working with a district employee, or maybe they're working with a USDA employee. It's really seamless. And that's the way that we hope that things are working locally.”

Peters said NRCS staff frequently works with conservation district employees at the local level to develop conservation plans for producers. Those plans then allow for more conversations about interest in other efforts down the road. With a flurry of private-sector carbon markets entering the thought process of producers as well as a suggested boost to conservation program funding from the nation’s capital, Peters said the demand for CTA isn’t going anywhere.