The California Water Commission last week debated the next steps in the Proposition 1 approval process for water storage projects now that seven projects have met a major milestone.

While a minor formality, the hearing teed up potentially contentious debates to come, when commissioners will closely scrutinize the proposals—particularly those concerning the much-anticipated Sites Reservoir—over exact details on environmental benefits and the ability for local investors to hold up their end of the cost share.

The commission approved the feasibility of those projects in January, as required under Prop. 1, but two new projects have yet to meet that hurdle. Commissioners have been determining if more work is needed through another comprehensive solicitation process that would trim away funding from the original projects to allocate to the new ones, or if the commission should stay the course.

Commissioner Samantha Arthur, who represents environmental conservation interests for the regulatory body as the director of Audubon California’s Working Lands Program, worried that the process to date has not been clear on the potential water supplies that would result from the new projects and on the public benefits achieved by expanding Los Vaqueros and Pacheco reservoirs, for example. Arthur felt the staff report on feasibility raised more questions than answers and hoped to see more details from the proponents.

Costs, on the other hand, were a major concern for Vice Chair Matthew Swanson, who runs a dairy feed provider in Turlock.

“We’re hearing a lot about inflation everywhere,” said Swanson. “I have a perspective as someone who builds physical projects that require concrete, steel, fabricated metals, copper and so on. Many of these products are traded on markets.” 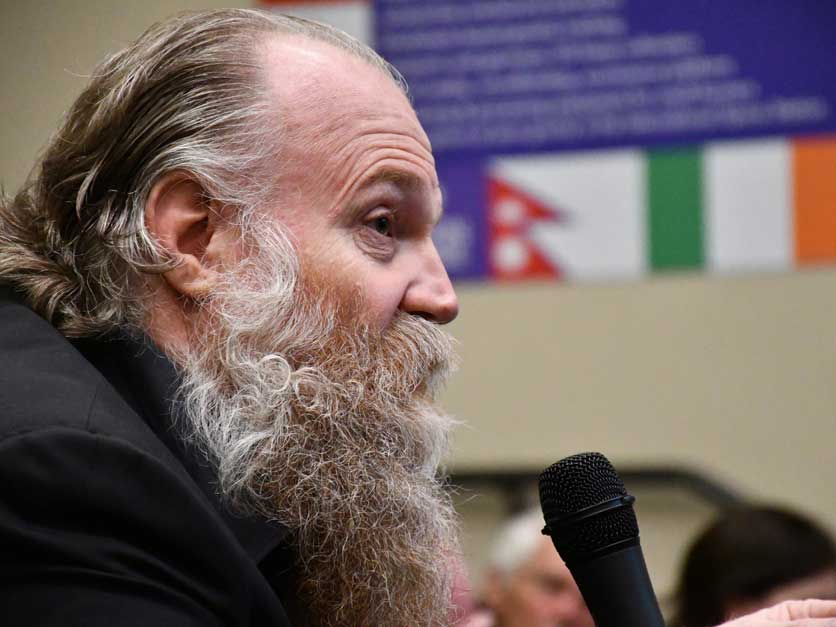 He worried whether project proponents have been planning for such higher costs and timing their purchases knowing prices could change.

“How expensive are these projects getting?” he asked, adding that the current estimated costs are based on outdated inflation numbers.

Swanson noted that one of the new projects, for a water treatment plan in Stanislaus County, could unlock much-needed housing developments in the region.

Commissioner Alexandre Makler, a vice president at a Texas-based utility company, noted that funding for the two new projects, which are smaller, would take little away from the other projects, at a total of $64 million. He also acknowledged the pressure now facing the proponents of the existing projects to secure entitlements, benefits contracts and local funding from ratepayers.

“I’m hopeful that all projects are in great standing,” said Makler, noting that those requirements are steep and one or two projects are likely to drop out of the process. “The entitlement process in California is not for the faint of heart.”

Commissioner Jose Solorio, who manages a water district in Laguna Hills, suggested adding new stipulations for proponents to detail community benefits, outline how much money would still be needed after Prop. 1 dollars, or set a deadline for completing construction.

Yet adding more requirements could ignite a lengthy regulatory process.

“I do feel there is a sense of urgency and that we really need to get funding allocated to these projects sooner rather than later,” said Commissioner Kimberly Gallagher, referring to the concerns over rising inflation.

Gallagher, who manages a 2,400-acre diversified farm in Colusa County, was disappointed with Sites Reservoir not meeting the benchmark for gaining the full amount of money it was originally allocated in the Prop. 1 process, which translated to about $100 million less, dropping the anticipated funding to about $837 million. The total project costs are expected to reach nearly $4 billion. She hoped to prevent this downsizing from happening to more projects.

“I feel like we should stick to this process,” said Gallagher. “I just think we’re going to start complicating things if we add to this process. We already have a system in place.”

As the sole commissioner on board since the start of the Prop. 1 implementation, Daniel Curtin, who has worked in organizing construction trade unions, felt just as strongly about adding more hurdles.

“I’d rather have an impacted molar taken out without pain killers than go through another regulatory process,” said Curtin. “This has been a profoundly complex process, and I’ve felt in many cases we make it more complex than necessary.”

A second solicitation would take at least two more years, and he worried time is running out, as he pointed to a new study showing the West is facing the worst extended drought period in at least 1,200 years.

Curtin called it a tortuous process for proponents to undergo such a review and “opening up a new set of doors to go through would really set us back.” He touched on an upswell of frustration with the commission rising from the public as well as state lawmakers in the Central Valley over arguments that the commission has been stalling Prop. 1 allocations years after voters approved the funding.

“There’s a real sense of paralysis by analysis,” he said. “These [seven] projects that have met all of the conditions are in desperate shape because of inflation. We need to move the money.”

Arthur pushed back, arguing the timeline for the existing projects would be the same regardless.

“There’s still a lot of work for some of these projects to do,” she said. “I do think we have a little bit more time.”

She sought answers on when the projects would be moving forward with public benefit contracts, which could change how the commission applies the funding. Makler agreed, adding that “none of the projects are shovel ready.” He suggested the commission consider an inflation adjustment, “upsizing” the allocation for Sites, or that proponents seek more outside funding—a point that struck a nerve with Curtin.

“The Legislature will be under a lot of pressure—as to the governor—to provide more money for finding water, processing water in any way, shape or form,” said Curtin. “The more we dither, the more we look like we’re just not responding to what is a serious crisis. It’s only going to get worse.”

Aware of the public backlash against the commission, Chair Teresa Alvarado and Swanson penned a lengthy opinion piece in five newspapers ahead of the hearing to explain the many pieces of the process and to argue that the commission is ready to advance proposals like Sites Reservoir, but proponents control the schedule.

“Things are getting done. Progress is being made,” they wrote. “The Commission is carrying out the voters’ intent.”

Concerned about being portrayed as delaying that schedule, Curtin worried that not allocating the money already agreed to might hurt some projects going forward. He charged that no “earth shattering” information will come forward in the coming months to clear up all of the concerns from Arthur and Makler, arguing: “It never seems to work that way.”

The commission voted to keep for now the $64 million with the existing seven projects, with the understanding that they could still reallocate the money if an existing project drops out of the process—as happened when proponents for the Temperance Flat Reservoir pulled the proposal in 2020 after failing to shore up local funding, with some blaming the commission for reducing the project’s allocation.

The commission will continue to debate how the money should be distributed and whether to approve more rulemaking to revise the regulations and allow for a second comprehensive solicitation, which gave Arthur some assurance the new projects are still in contention.

“I’m pretty sure we’re going to see more money down the road,” said Curtin, noting the potential for the recent federal infrastructure package. “Whether it’s going to be put in the hands of the water commission or not is another question.”