Today, leaders of the Senate and House Agriculture committees and Deputy Ag Secretary Jewel Bronaugh will headline the annual Agri-Pulse Ag and Food Policy Summit at the National Press Club.

Summit panels will feature farm leaders and experts from across the supply chain who will address several critical farm bill issues, including commodity and conservation programs, risk management, climate policy, equity and inclusion, and nutrition assistance.

Don’t miss: Starting today, dozens of companies and organizations will showcase the latest innovations in equipment and farming practices on the National Mall in an exhibition called a “Celebration of Modern Agriculture.” 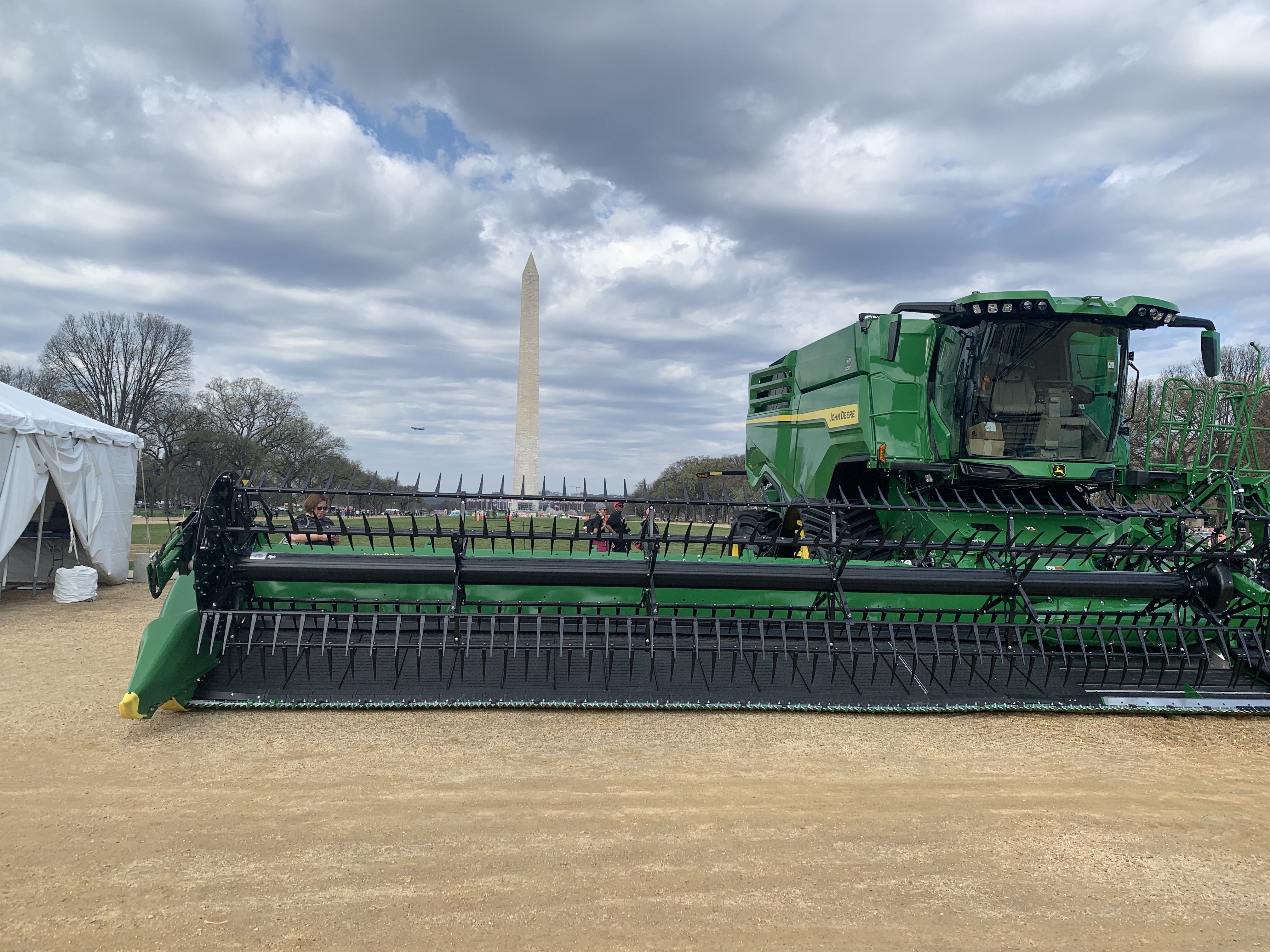 U.S. Trade Representative Katherine Tai and British Secretary of State for International Trade Anne-Marie Trevelyan will tour the Port of Baltimore and conduct bilateral talks today and tomorrow in Maryland, but senior U.S. trade officials suggested to reporters Sunday that a free trade agreement won’t be on the agenda.

“This dialogue is about the U.S. and the UK learning to understand where we are now and then deciding where we’re going to go together,” one official told reporters. “We’ll take it from there and see what we can build upon.”

The U.S. and UK began talks on a free trade agreement during the Trump administration, but those talks were put on hold after the election.

Russia’s war on Ukraine could push more than 40 million additional people into extreme poverty,  according to an analysis by the Center for Global Development.

There’s relatively little that policymakers can do to address the situation except to avoid making it worse through export bans, according to the report.

Relaxing biofuel mandates likely won’t make much difference because of already high energy prices, the report suggests. And opening conservation acreage to cropping, as has been suggested in the United States and Europe, is unlikely to add much cropland "to alleviate current supply issues," the report says.

Bottom line: “Policymakers need to expect further disruptions but still avoid hasty export restrictions that exacerbate shortages and instead take the opportunity to undertake reforms in agriculture policy that will help farmers and markets respond,” the report says.

Keep in mind: The UN Food and Agriculture Organization said its index of global food prices hit an all-time high in February.

Dozens of House lawmakers are urging the Biden Administration’s International Trade Commission and Commerce Department to rethink decisions to allow duties on imported fertilizer from Morocco and stop the process to hit exports from Trinidad and Tobago.

“Eliminating these duties on fertilizer imports provides the most immediate opportunity for a near term, partial remedy to the high costs of fertilizer facing U.S. farmers before the end of the 2022 planting season,” the lawmakers wrote in a letter to Jason Kearns, chairman of the U.S. International Trade Commission. “Currently, in a time of tight global supply and demand for corn, soybeans, wheat, and other commodities, planting decisions are increasingly being made not on market fundamentals but rather on the cost of production driven by the price and supply of fertilizer.”

The ITC and Commerce Department ruled last year to slap steep duties on phosphate from Morocco and Russia. The U.S. is collecting cash deposits on imports of urea ammonium nitrate solutions (UAN) from Russia and Trinidad and Tobago in preparation for final duty rulings.

Don’t miss: Iowa’s Cindy Axne, the lead House Democrat on the letter, discusses ITC outreach and a host of other farm policy issues in this week’s Open Mic interview on Agri-Pulse.com.

The pandemic is once again threatening to hit Chinese supply chains hard, and Maersk – a major ocean carrier company – is watching closely after “at least five large factory cities have completely shut down” in the wake of Omicron illnesses.

“While some cities may be locked down, China’s ‘essential’ terminals and main ports are operating business as usual, including vessel operation, yard handling, and gate-in & out,” Maersk says. “However, landside disruptions are significant.”

The Labor Department’s Wage and Hour Division says it will continue trying to educate growers in the Southeast about their obligations under federal labor laws.

“Compliance assistance and enforcement work hand-in-hand, and data supports the need for the division’s focus on both fronts,” said WHD Regional Administrator Juan Coria in Atlanta.

In 2021, WHD turned up violations in 81% of about 300 investigations completed. The probes found employers owed more than $1.9 million to more than 4,000 workers, and led to the assessment of more than $1.7 million in civil penalties.

He said it: “There is no doubt that few legislators have left a greater mark on their state. Don’s legacy lives on in the infrastructure projects he delighted in steering across Alaska. In the opportunities he advanced for his constituents. In the enhanced protections for Native tribes he championed. His legacy will continue in the America he loved.” – President Joe Biden, in a statement on the passing of Rep. Don Young, 88, a Republican who represented Alaska in the House since 1973.

Questions, comments, or tips? Send an email to Steve Davies