Food and apparel companies face proposed new disclosure requirements for greenhouse gas emissions that could accelerate efforts to document GHG reductions associated with agriculture, with potential implications for how farms market their crops.

A proposed rule approved 3-1 by the Securities and Exchange Commission on Monday would require publicly traded companies that have set goals for shrinking their carbon footprint emissions to start reporting on the progress they are making in cutting emissions in their supply chains.

The 510-page proposal is intended not only to provide investors with more information on what companies are doing to address climate change but also to force the standardization of how progress on emissions is tracked and disclosed.

Companies also would be required to disclose when they purchase carbon offsets, including credits generated from farm practices such as cover crops or no-till farming, to offset their emissions.

Michael Dykes, president and CEO of the International Dairy Foods Association, says the rule would have far-reaching implications for food and ag companies. They would not only have to get data from farmers on greenhouse gas emissions but also supply that to customers, such as Walmart and other retailers, who have set their own greenhouse gas reduction goals. IDFA has scheduled a briefing on the issue for member companies by PricewaterhouseCoopers.

“Sustainability is going to become a condition of sale. You're going to have to have numbers” to document climate progress, Dykes said.

That means corporate managers, he says, will be forced to start tracking their supply chain emissions in much the way they now manage their company’s financial performance.

Andrew Walmsley, a senior director of congressional relations for the American Farm Bureau Federation, agrees with Dykes that the rule could have implications for farmers.

"My concern is that this will push additional costs and paperwork onto America's hardworking farmers and ranchers. It has the potential to impact farms of all sizes but could be especially burdensome for small to mid-sized farms that don't have the resources to comply with unfunded mandates from companies up the supply chain in response to the rule," Walmsley said.

Debbie Reed, executive director of the Ecosystem Services Market Consortium, a coalition of companies and organizations working to develop ag carbon markets, said investors “are clamoring for transparency and consistency in reporting.”

She also believes the proposed regulations would increase corporate interest in carbon offsets.

“This SEC action will drive more corporations to act, and it will lead to more pressures and market opportunities for producers to engage as well,” she said. "Market mechanisms like ESMC's that engage the entire supply chain to achieve outcomes are one tool companies can use to meet the requirements, and have assurances that outcomes are third-party verified.”

Many food and apparel companies, as well as retailers such as Walmart, have registered climate goals with the Science Based Targets initiative, an international project intended to show corporations and financial institutions what firms must do to curb the worst effects of climate change.

There are goals for scope 1 and 2 emissions that are produced by a company’s internal operations or energy usage, as well as scope 3 emissions, those produced in the company’s supply chain.

Companies would be required to start disclosing data on scope 3 emissions for fiscal 2024 or 2025, depending on the size of the firm. There is an exemption for small firms that qualify under SEC rules as "smaller reporting companies."

Tom Gorman, an attorney with the firm Dorsey and Whitney, said the rule could force the ag sector and USDA to work toward standardizing the way ag emissions and carbon sequestration practices are measured. "That result is clearly possible and perhaps the likely result," he said.

For competitiveness reasons, companies would have to think twice about scrapping existing climate pledges to avoid the disclosure requirements. "If issuers could opt out they should carefully consider the implications of doing so, particularly in a context where many other firms will be making the disclosures," he said.

Commissioner Hester Pierce, who voted against the rule, warned that companies will be hard-pressed to get reliable data on their scope 3 emissions and will be forced to hire outside consultants to compile the information.

“The company’s customers and suppliers may not track this information," she said. "Even if its suppliers disclose their emissions information, a reporting company may not feel sufficiently confident in the information to include it in its SEC filings.” 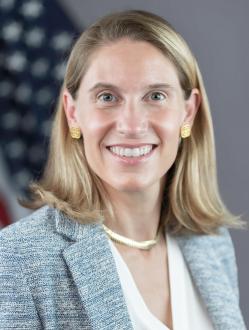 But Commissioner Caroline Crenshaw said the rule is needed to ensure investors have reliable and comparable data on what companies are doing to reduce emissions.

The rule would “empower investors to make more informed decisions," Crenshaw said. "Additionally, with standardized disclosures, investors and their advisers can both track data over time and effectively compare data across companies and sectors.”

She also said it's critical to require companies to disclose their use of carbon credits to offset emissions. "If companies claim they are reducing overall carbon emissions by other means, they need to tell investors how they are doing that," she said.

The proposed rule would provide a safe harbor provision to shield corporations from liability due to incorrect information provided by suppliers as long as companies have a "reasonable basis" for trusting the data.

But Pierce says that provision is too vague, citing the disparate ways emissions are currently tracked: "How is a company to determine which particular climate model or set of estimates constitutes a 'reasonable basis' when different models and estimations lead to substantially different results?"

In an analysis of the rule, the consulting firm Michael Best Strategies said the rule is likely to be modified significantly before it is finalized and that it is likely to be challenged in court.

The commission will be taking comments on the proposed rule until May 20, or 30 days after the proposal is published in the Federal Register, whichever period is longer.