One of California’s greatest challenges in managing water supplies in dry years has been measuring the precise environmental needs for protecting endangered fish populations. As the state enters the third year of drought and reservoirs hit a tipping point to trigger emergency regulations, the calculation for releasing flows for ecosystem benefits has become the fulcrum that dictates the most critical water policy decisions going forward.

The State Water Resources Control Board set aside a full-day hearing last week to assess the dire outlook for Chinook salmon in the Sacramento River and to unpack the complex science and methodology underpinning the state’s plan for managing water temperatures to maintain basic survival for the vulnerable species.

Large reservoirs like Shasta and Oroville have traditionally released flows from coldwater pools at the base of the lakes during key spawning periods. In 2021, however, warmer temperatures led to higher mortality rates for egg fry and juvenile salmon. Environmental and fishing groups immediately blamed the board for “sacrificing fish” by delaying curtailment decisions until June, which led to lawsuits from the California Sportfishing Protection Alliance.

Board members Laurel Firestone and Sean Maguire accepted that in hindsight they would have acted differently last year to minimize impacts to fish. The board chose to hold this hearing in March to act more quickly this year on curtailments, rather than waiting until the May hearing to set a policy direction. Based on the discussion, staff will draft a new management plan by April for the board to approve before May and begin implementing immediately.

The hearing was one of the most emotionally challenging yet for the board members, as academics and environmental advocates pealed back the policy decisions that may have led to just a 2% survival rate for the salmon fry. Tribal groups, meanwhile, gave impassioned pleas to save the salmon fisheries, a fundamental part of their heritage. Just a handful of agricultural and San Joaquin Valley interests balanced out the many calls for slashing water deliveries to farmers.

John McManus, president of the Golden State Salmon Association, argued the science has been well-established on protecting the species, but “the real question seems to be a political one” concerning the policy choices. 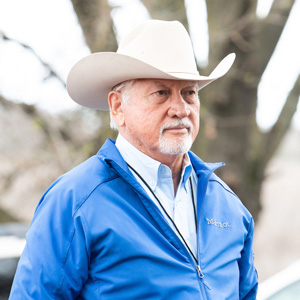 “We've heard some really good speakers on this panel, pointing out how in the world we got to where we are today with an unsustainable and unjust system,” said McManus. “There aren't that many representing the water user groups here today, which makes some suspicious, I'm sure, that some kind of fix is in.”

He added that he would not be surprised if a backroom deal was made with “powerful water districts” to pay users to forgo their water this year. Acknowledging the suffering farmers are facing from water shortages, McManus warned that fishing communities have been “brought to their knees.”

Firestone, who echoed a phrase from Doug Obegi, an attorney for the Natural Resources Defense Council, said the state cannot “just pray for rain” and needs to focus on rebuilding water storage in Lake Shasta.

“I know firsthand that will mean further exacerbation and dropping groundwater levels—very real economic impacts for some of our lowest-income, most vulnerable hardworking communities, particularly in in the valley,” said Firestone, referring to the several years she has spent on rural drinking water issues as an attorney. “We have a very sobering time ahead.”

Todd Manley, who directs government affairs for the Northern California Water Association, strove to add a silver lining within the grim discussion. He found hope in the fact that one wet winter in 2017 enabled the salmon population to quickly rebound after the previous drought decimated juvenile numbers in 2015. Manley also detailed some early but promising research results showing that flooding Sacramento Valley rice fields in winter to restore floodplains has created new spawning grounds for salmon that can further boost their chances for survival.

“The vital nature of rice fields for our environment is evident, especially during drought,” said California Rice Commission President and CEO Tim Johnson, in a recent statement on the drought. “That shallow amount of water in the heavy clay soils of a rice field is something that no other crop can duplicate.”

The flooded fields are also a lifeline for millions of ducks, geese, shorebirds and raptors, he explained.

Mike Karbassi, a council member for the City of Fresno, explained to the board that reducing water allocations leads to fewer jobs and less of a tax base for his and other Central Valley cities as well as more reliance on government assistance from residents. He noted that one in seven jobs in his region are related to agriculture.

With global events impacting the food supply chain, Karbassi worried that further reducing production could create widespread food scarcity for the first time in his lifetime.

“When you have reduced access to water, what ends up happening is it doesn't just wreck our communities,” he said. “It also hurts our state and hurts our country, because we really do feed this entire nation and the world.”

Karbassi recognized the complicated issue before the board but stressed that “turning off the spigot and turning away our access to water isn't an answer.”

Joe Del Bosque, who once served on the California Water Commission, said he is uncertain if his family farm in Fresno County will survive yet another year of water scarcity, despite deploying sophisticated conservation practices and technologies, cutting back plantings and three decades of adapting to a shrinking supply.

“Last year, I had the heartbreaking task of telling 70 of our employees that there would be no jobs for them in 2022,” said Del Bosque, who grew up in a farmworker camp before eventually purchasing his own farm. “I don't know what happens to these hardworking families, as the other farmers in the area have the same predicament and are not hiring.”

He argued that these “workers, students, church members and established members of our community” deserve a voice at the table as the state considers a temperature management plan.

“If the board takes actions that restrict the flexibility to make water available to my farm, forcing more fallowing, it is dismissing the people who are considered essential during the pandemic,” he said. “Those who serve the needs of the country by producing the food on our table cannot bear a disproportionate burden.”

Pushing back on arguments to restore natural flows by cutting agricultural supplies, Justin Fredrickson, an environmental policy analyst for the California Farm Bureau, reminded the board it is unnatural to “provide extremely cold temperatures for salmon spawning on the floor of the valley, in a place where winter-run [salmon] did not spawn historically.”

“We're already manipulating our system as humans, but the mix of tools that we have is not adequate,” said Fredrickson, echoing widely held concerns that emergency drought responses each year to manage water at the margins is not a long-term strategy.

He urged the board to get more creative in its solutions. Striking a more dire tone, Gail Delihant, who directs government affairs for the Western Growers Association, raised the question that if this is the new normal—as academics have dubbed California’s persistent drought conditions—would it even be possible for the state to prevent the extinction of Chinook salmon.

“Farmers are asking us that question,” said Delihant. “Because it is. Things are warming, the snowpack is less, there's a lot more rain.”

She spelled out an “obvious” need for more surface water storage based on the testimony of the many experts.

In response to these commenters, Chair Joaquin Esquivel cautioned that while the board is striving to build trust among stakeholders through workshops like this, it was Mother Nature who turned off the spigot and “the real enemy here is the climate that we find ourselves with” that has led to this crisis. He stressed that the state has entered an unchartered territory.

“I know that there are impacts to our decisions,” Esquivel told Del Bosque. “But it is important to note as well that the majority of what we're really facing here is a hydrology that isn't cooperating.”

Firestone agreed with the general consensus that there “definitely isn't a perfect balance here,” with socioeconomic implications accompanying every decision. She described the hearing as really overwhelming, disturbing and depressing.

“I loath making these types of decisions when I know there are communities that are impacted,” said board member Maguire.