Senate leaders are testing the waters to see if they can bring up the Ocean Shipping Reform Act and pass the bill relatively quickly. Senate Majority Leader Charles Schumer, D-N.Y., has “hotlined” the bill to gauge what concerns, if any, senators may have about the bill, Minority Whip John Thune, R-S.D., tells Agri-Pulse.

The goal would be to get a time agreement for consideration of the bill, if not clearance to pass it by unanimous consent. Once the bill passes the Senate, the House would likely follow suit and clear it for President Biden’s signature, Thune says. 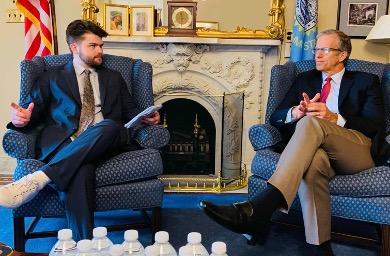 The bill, which Thune is cosponsoring with Minnesota Democrat Amy Klobuchar, is aimed at reducing port bottlenecks and bringing down shipping rates.

Take note: Passing the bill would likely prod carriers into changing how they operate even before the Federal Maritime Commission writes the new regulations that the bill would require.

“The very fact that there is a solution coming” means the carriers “will start playing ball,” Thune said.

Today’s conference will be the eighth time since late December that the court has been scheduled to consider the National Pork Producer Council/American Farm Bureau Federation petition, which seeks review of a 9th U.S. Circuit Court of Appeals decision that upheld the law. The court could announce a decision Monday, but there is obviously no guarantee that will happen.

Prop 12, enforcement of which has been delayed in California, would prohibit the sale of pork from hogs whose mothers were raised without a minimum amount of space.

The lead congressional sponsor of a White House conference on hunger says it needs to produce a comprehensive plan, with benchmarks, for ending hunger. “We have a lot of programs out there to manage hunger. We don’t have a plan to end it,” Rep. Jim McGovern says in an interview with Agri-Pulse Newsmakers.

McGovern, who won funding for the conference in the fiscal 2022 omnibus spending bill, suggested the conference could involve a meeting later this year and a followup process later.

He expects the conference to inform the Agriculture committees as they write the next farm bill in 2023. But he also wants to have a range of departments and agencies involved beyond just USDA, arguing that hunger is rooted in a number of issues, including energy costs.

Countries in North Africa and the Middle East, where droughts are crippling domestic production, will be some of the hardest hit by the reduction of available wheat out of the Black Sea during the Russia-Ukraine war, according to researchers with Gro Intelligence.

Ukraine isn’t exporting any wheat, while Russian shipments are being severely hampered by trade-finance restrictions and skyrocketing ocean freight insurance.

The European Commission, the governing arm of the European Union, says it’s not backing off its Farm to Fork strategy despite the announcement of temporary measures to ensure food security in the wake of Russia’s invasion of Ukraine. 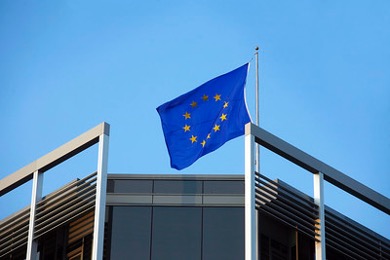 The EC will allow farmers to plant on fallow conservation acres this year without a reduction in their direct payments.

But the commission also says, “While short-term emergency support measures are important, they do not replace the importance of refocusing the food sector in the long run towards sustainability and resilience.”

Farm to Fork’s goals include halving chemical pesticide use by 2030 and reducing fertilizer use by 20% over the same period.

China stocks up on US corn

The U.S. loaded 1.5 million metric tons of corn onto ships for delivery around the globe during the week of March 11-17, and nearly a third of that was destined for China, according to the latest trade data out of USDA. The U.S. shipped 477,900 metric tons of corn to China.

China was also the primary destination for U.S. sorghum and soybeans during the seven-day period, according to the USDA data. The U.S. shipped 255,000 tons of sorghum and 161,700 tons of soybeans to China.

South Korea was the main destination for U.S. beef from March 11 through March 17, but the U.S. also shipped significant volumes to China. The U.S. sent 9,000 tons to South Korean buyers and 7,600 tons to Chinese buyers.

Researchers in China have shown that knocking out a gene in corn and rice could increase yields of the two crops by 10% and 8% respectively. According to a study in this week’s edition of the journal Science, there was “no apparent trade-off in other agronomic traits” as a result of the genetic modification.

The scientists identified a gene in corn that affected the number of kernel rows a cob has.

Why it matters: A 10% increase in U.S. corn production last year would have amounted to 38 million metric tons, more than Ukraine’s total corn exports.

He said it: “Yes, we did talk about food shortages. And it's going to be real.” - President Biden, asked by a reporter about a conversation with Chinese President Xi Jinping.

Biden said he and European allies discussed “what it would take to help alleviate the concerns relative to food shortages.” They talked about a “significant, major U.S. investment” in humanitarian aid, he said.