Díaz-Canel spoke at great length with the visiting delegation – including Agri-Pulse reporter Bill Tomson – about Cuba’s need to import more U.S. ag commodities and its desire to export products like coffee, rum and cigars. He was especially insistent that Cuban farmers need better potato seeds and stressed he wants the ability to get them from the U.S.

Senators Lisa Murkowski of Alaska, Mitt Romney of Utah and Susan Collins of Maine were the three Republicans. Jackson, the first Black woman on the high court, will replace Justice Stephen Breyer.

She had the support of a bipartisan mix of former federal judges, law enforcement associations, environmental groups and major unions, including the AFL-CIO, American Federation of Government Employees, United Food and Commercial Workers, the Bakery, Confectionery, Tobacco Workers and Grain Millers' International Union, and the United Automobile, Aerospace & Agricultural Implement Workers of America.

Most Republicans and conservative groups such as The Heritage Foundation opposed her for various reasons, one being her statement that she does not have a judicial philosophy, but a “methodology.” Sen. Joni Ernst, R-Iowa, for example, said on the Senate floor that while Jackson is “highly qualified,” her methodology “says nothing about the way she understands and subsequently interprets the law.”

The Surface Transportation Board is holding a hearing April 26 and 27 on rail service disruptions that have been criticized sharply by the National Grain and Feed Association and Ag Secretary Tom Vilsack.
STB announced the hearing Thursday, saying that it was directing executives from BNSF, CSX, Norfolk Southern and Union Pacific to appear. 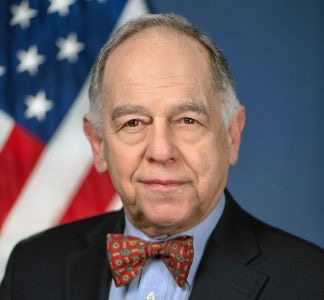 Service disruptions are on the rise, too. In its latest Market Intel report, AFBF said dwell time is up 9% from 2021 and train speeds are down 5%. Farm Bureau says the disruptions are due to a variety of factors, including worker shortages.

Secondary rail market bid prices have also shot up, with increased demand by shippers seeking to avoid delays. Since 2018, there has been a 500% increase in secondary railcar auctions. In secondary market shuttle service, the increase is even more stark, rising 1,140% from the three-year average.

Two major reports out today are likely to shed light on the impacts of the war in Ukraine on global grain supplies and consumer food prices.

USDA releases its World Agricultural Supply and Demand Estimates at noon ET. The announcement will be livestreamed for the first time at the YouTube channel for the National Agricultural Statistics Service. The March 9 WASDE represented only “an initial assessment of the short-term impacts” of the then-two-week-old war.

Earlier in the day, the UN’s Food and Agriculture Organization also will release its monthly food price index, which is expected to show continued increases.

“All indications in the marketplace suggest continued very high levels,” said Beth Bechdol, deputy director general of the FAO, on a webinar hosted by the Washington International Trade Association Thursday.

Before being able to make farm programs more equitable for all, the first thing USDA needs to do is “accept the fact that we have treated folks differently.”

That was Farm Service Agency Administrator Zach Ducheneaux speaking to Agri-Pulse for this week’s Newsmakers interview.

Ducheneaux said it’s important to remember that USDA was established in 1862, when “part of the country thought it was worth going to war to own other people in this country. That is where the Department of Agriculture had its foundation.”

Ducheneaux said the way to move forward is to bring underserved individuals up. “We need to work to unpack the system and build it so that it focuses more attention on those folks who haven’t had a century and a half runway to build equity, build access, and build resilience.”

You can hear more from Ducheneaux and his thoughts on the Conservation Reserve Program in the Newsmakers interview that will be posted at Agri-Pulse.com later today.

The Senate Ag Committee has set a hearing date for a cattle market transparency bill being pushed by a bipartisan group of senators — Republicans Deb Fischer of Nebraska and Chuck Grassley of Iowa, and Democrats Jon Tester of Montana and Ron Wyden of Oregon.

The hearing on S. 4030, which would mandate minimum levels of cash trades, is set for April 26. The committee also will discuss S. 3870, the Meat and Poultry Special Investigator Act of 2022, which would set up an office in USDA to investigate and prosecute violations of the Packers and Stockyards Act.

House leaders named conferees to the America COMPETES conference with the Senate, including three to represent agriculture.

Trade concerns will take precedence for ag stakeholders in the negotiations.

The House bill includes the Ocean Shipping Reform Act – legislation aimed at opening the door to crackdowns on ocean carriers and ending port backups – but the Senate package doesn’t. House sponsors have expressed a desire to tackle OSRA as part of COMPETES, but a clear path hasn’t emerged yet.

Also in the House package are reauthorizations and adjustments to the Generalized System of Preferences and Trade Adjustment Assistance. GSP lapsed last year, and TAA will later this year. The Senate bill addresses GSP, but not TAA.

The Senate passed its bill with a bipartisan 68-32 vote. The House package passed largely along partisan lines, 222-210.

He said it: “The board expects the railroads to explain the actions they will take to fix these issues. The board will also consider stakeholder views on how it can use its authority – including measures to address emergencies, increase transparency, and promote reliable service – to ameliorate problems on the network.” – Surface Transportation Board Chairman Martin Oberman, discussing the hearing STB has scheduled on rail service disruptions.