Home » Farm Hands on the Potomac: Chapotin to head up FFAR
Farm Hands

Farm Hands on the Potomac: Chapotin to head up FFAR

The Foundation for Food and Agriculture Research selected Saharah Moon Chapotin as the organization’s new executive director. Chapotin currently serves as the executive director of the United States Botanic Garden, a position she has held since 2018. Chapotin worked at the U.S. Agency for International Development for over 11 years, where she held multiple positions, including deputy assistant administrator in USAID's Bureau for Food Security.

AmericanHort has brought on Sara Neagu-Reed as director of advocacy and government affairs, based in Washington, D.C. Neagu-Reed joins AmericanHort after a decade of working in various government affairs and legislative roles, most recently as a consultant for the National Council of Agricultural Employers. Before that, she was on the senior government relations staff for the National Farmers Union, was the associate director of federal policy for the California Farm Bureau Federation, a senior legislative analyst for USDA and a legislative assistant at the National Corn Growers Association. 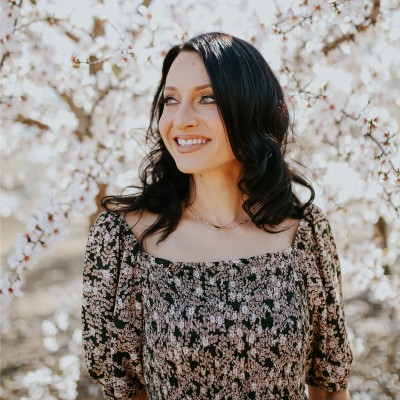 Sara Neagu-ReedCarrie Castille has stepped down as director of the National Institute of Food and Agriculture (NIFA) a little more than a year after being appointed to a six-year term. She will transition into a new role with the University of Tennessee’s Institute of Agriculture as the new senior vice chancellor and senior vice president. Succeeding Castille is Dionne Toombs, who became the acting NIFA Director on Monday after serving as director of the Office of the Chief Scientist at USDA. Parag Chitnis, NIFA’s associate director of programs, has also departed to become vice president of research and economic development at the University of Wyoming. Longtime NIFA program leader Brent Elrod will step in as acting associate director of programs.

The American Egg Board has named Bradd Bosely as the new director of egg innovation. Bringing 15 years of experience to the role, Bosely most recently served as director of concept and innovation at 7-11 Convenience Stores and Speedway. He has also held roles with McDonald’s and with Meijer as the head of product development and internal manufacturing.

Luke Tomanelli has been promoted to head of North America policy and advocacy with Bayer Crop Science. He was previously the director of federal government affairs. Before his career with Bayer, Tomanelli was the deputy staff director and senior energy policy adviser for Sen. David Vitter, R-La., on the Senate Small Business and Entrepreneurship Committee.

ADM has appointed Vikram Luthar to be its new chief financial officer. Luthar joined ADM in 2004 as vice president and treasurer and most recently was senior vice president and head of investor relations, along with a variety of other senior-level positions. He succeeds Ray G. Young, who has been CFO since 2010 and has also served as the company’s vice chairman since February. Chad Tenpenny announced he will step down from his role as a Senate staff member after 24 years. Tenpenny currently serves as Sen. Roger Marshall’s, R-Kan., general counsel. During Tenpenny’s tenure, he served on the staff of Senators Bob Dole and Pat Roberts. He began his career as an intern for Dole and then returned to join Roberts' staff after earning his undergrad and law degrees. He worked as state director, counsel, and as Roberts' third and final chief of staff. Tenpenny plans to transition to the private sector to build a law practice that focuses on federal, state and local government affairs, general counsel services and political consulting.

Todd Bailey has been named the new chief administrative officer of the Pennsylvania Farm Bureau. Bailey started with PFB as regional organization director in 2004, then served as marketing director for 10 years until being promoted to membership relations manager in 2015. He will lead the staff of PFB in the day-to-day operations, PFB Members’ Service Corporation, and the Pennsylvania Friends of Agriculture Foundation.