The Environmental Protection Agency has released a long-awaited workplan addressing how it plans to meet obligations to both protect endangered species and register pesticides.

The highest priority for the agency will be meeting court-ordered deadlines to evaluate the impacts of crop protection chemicals such as neonicotinoids and sulfoxaflor on federally listed species.

“Although EPA’s current ESA workload is largely driven by these settlement deadlines, with this workplan the agency expects to reduce the number of deadlines established through litigation and be able to set its own priorities using far more efficient approaches to meeting its ESA obligations,” the workplan said.

EPA identified more than 50 pesticide active ingredients “covering over 1,000 pesticide products, with court-enforceable deadlines to comply with the ESA or in pending litigation alleging ESA violations,” EPA said in its press release.

“Completing this work will take EPA past 2040, yet the work represents less than 5% of all the (Federal Insecticide, Fungicide, and Rodenticide Act) decisions in the next decade for which ESA obligations exist," EPA's press release said.

"This is an unsustainable and legally tenuous situation, in which EPA’s schedule for meeting its ESA obligations has historically been determined through the courts," the agency said. "The workplan must provide a path for the agency to meet those obligations on its own, thus protecting endangered species while supporting responsible pesticide use.”

Next in line are new registrations for conventional pesticide active ingredients. The agency announced earlier this year it would not register such new active ingredients without assessing their impacts on endangered species beforehand.

The agency has been hampered in fulfilling its legal obligations by the complicated nature of assessing the effects of pesticides on hundreds of listed species, a lack of accurate usage data, and loss of staff in the Office of Pesticide Programs. Meanwhile, environmental groups have become more active in the courts, which have been requiring EPA to engage in interagency consultations for the registrations under the Endangered Species Act.

“Apart from the growing workload and backlog challenges, the Pesticide Program’s staffing levels have declined from a high of 808 (2005) to 603 (2021),” the workplan points out.

“With the current approaches to ESA determinations and existing agency capacity, EPA is currently unable to meet its ESA obligations for all the large number of new uses, section 18s, and other registration actions,” the workplan says. Section 18 refers to the part of the FIFRA that allows for emergency uses.

In all, EPA estimates about 530 different actions annually “may require ESA review.” 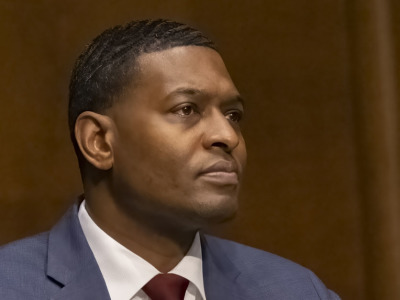 “Today’s workplan serves as the blueprint for how EPA will create an enduring path to meet its goals of protecting endangered species and providing all people with safe, affordable food and protection from pests,” EPA Administrator Michael Regan said. “The workplan reflects EPA’s collaboration with other federal agencies and commitment to listening to stakeholders about how they can work with the agency to solve this longstanding challenge.”

In an interview Tuesday, EPA Deputy Assistant Administrator for Pesticide Programs Jake Li cautioned that “we can't bring everything into compliance overnight” and noted that some ESA consultations have taken more than a decade.

“We really have to work with the [wildlife] services and USDA to find a much more efficient and faster process to complete the consultations,” he said, referring to the Fish and Wildlife Service, which has responsibility for land-based species and the National Marine Fisheries Service, which has oversight for marine species.

Also critical will be feedback from stakeholders such as grower groups, pesticide manufacturers and environmental organizations such as the Center for Diversity and Center for Food Safety, which have been especially active on the litigation front.

In a statement, CropLife America CEO Chris Novak called the workplan “an important step in protecting threatened and endangered species, ensuring farmers and other pesticide users have needed tools for managing pests, and providing regulatory certainty for the product.”

CLA and its members, Novak added, “have been working with environmental organizations, farm groups, and federal agencies to build consensus around a better process that accomplishes these objectives. The EPA, the Fish and Wildlife Service, and the National Marine Fisheries Service need the resources — both funding and staff — to help ensure that pesticide registrations, including consultations, are both timely and legally defensible.”

Lori Ann Burd, the Center for Biological Diversity’s environmental health director, said she was “encouraged that the EPA has finally acknowledged the massive problem it created by refusing, for decades, to consider the impacts of chemical poisons on our most vulnerable plants and animals,” which she said "has pushed countless species closer to extinction."

"I'm hopeful the EPA will back up its words with concrete actions to fix these historic wrongs and move quickly to implement real, on-the-ground protections to stop species from going extinct and finally protect our incredible wildlife and plants from pesticides,” Burd added.

One sticking point for the ag community concerns estimates of pesticide use. The ag industry has generally knocked EPA for incorporating the maximum label amount in its assessments, but Li said "if the data aren't robust or they're missing altogether, we have to use the maximum label rate."

However, now, he says, “Many of the grower groups want to provide usage data to the agencies because they know that with better data, we can adopt more realistic assumptions about pesticide usage.”

EPA wants to be able to identify opportunities for mitigation early in the registration review process. To that end, the workplan says the agency will conduct a mitigation pilot project with the services and USDA looking at 20 specific species and a herbicide, insecticide and a fungicide with uses that overlap with those species.

“Over the coming months, EPA will engage with a wide range of stakeholders to identify opportunities for collaboration and will continue seeking input on more effective and efficient ways to meet its ESA obligations,” the agency said. “The workplan is a living document that EPA will periodically revisit to incorporate lessons learned from implementation.”