World leaders are struggling to address the spikes in commodity prices that are taking a bite out of global economic growth and likely to increase food insecurity.

The International Monetary Fund now predicts food costs will increase globally by 14% this year and continue to rise well into 2023. The IMF and World Bank are warning that the impact will fall especially hard on poorer countries where people spend a substantial part of their income on food.

“Food insecurity has serious implications for economic well-being, social and political stability,” Treasury Secretary Janet Yellen warned Tuesday on a webinar with finance ministers representing the G20 and G7. She pledged the Biden administration’s assistance in trying to offset the impact of the food crisis. 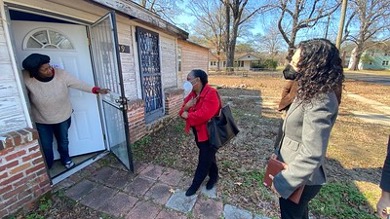 Take note: Many African countries are heavily reliant on food and energy imports, and “therefore there are many vulnerable people there,” said Malhar Nabar, who leads the IMF’s world economic studies division. It will be especially difficult for countries with high debt levels to assist needy citizens, he said.

For more on the issue, read our weekly Agri-Pulse newsletter. We also look at supply chain challenges involving both trucking and rail service.

The White House is launching an effort today to make it easier for rural communities to get access to federal assistance.

The USDA-managed Rural Partners Network will use federal employees to work with local leaders on navigating federal programs. The federal workers will be known as “community liaisons” and the lessons from their interactions with local communities are supposed to inform future policy development and spending decisions.

Take note: The initiative will initially be targeted to select Indian tribes and counties in five states: Arizona, Georgia, Kentucky, Mississippi and New Mexico. The program will later expand to several other states, including North Carolina and Wisconsin.

“By providing one-on-one support to these communities, we can lay the foundation for people to build healthy, successful futures on their own terms,” said Agriculture Secretary Tom Vilsack.

A group of Mexican veterinarians can proceed with a lawsuit against an Idaho dairy that they say employed them as general laborers. The vets thought they were recruited for their education but mostly ended up performing menial labor, the 9th U.S. Circuit Court of Appeals says.

The vets “alleged that defendants’ bait-and-switch tactics violated applicable federal statutory prohibitions on forced labor by, among other things, abusing the TN Visa program,” the court says. The TN program was set up under the North American Free Trade Agreement.

The ruling reversed and remanded a lower court decision.

Pruitt, who resigned as EPA chief in 2018 amid a series of federal ethics investigations, will face 13 other Republicans running for the seat. One Democrat, one libertarian and one independent are also running.

Inhofe, 87, announced in February his plans to retire. 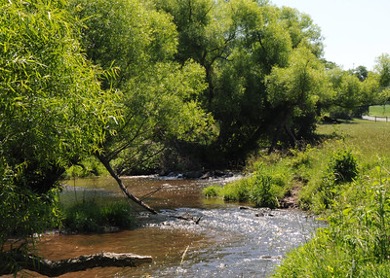 Pennsylvania will have to submit another plan to comply with nutrient reduction targets for the Chesapeake Bay after EPA found the state’s latest proposal wanting.

The state has been given 90 days to submit a watershed improvement plan to EPA. The latest effort meets 70% of the nitrogen reduction target for the state-federal Chesapeake Bay, falling short by 9.7 million pounds. A previously submitted plan also was deficient.

In a letter to DEP Secretary Patrick McDonnell, EPA Regional Administrator Adam Ortiz said EPA would be “increasing agriculture and stormwater inspections and enforcement, as appropriate, redirecting certain federal funding to agencies and programs that can spend it more efficiently in Pennsylvania, and increasing permitting oversight. Additional actions will be considered based on Pennsylvania’s response to this evaluation.”

Good growing weather in Turkey is expected to help farmers grow bumper wheat and barley crops this year, but input costs are hitting producers hard and the government is responding with higher subsidies, according to USDA’s Foreign Agricultural Service.

Diesel prices have more than tripled over the past six months, while the country’s currency has been sharply devalued. The government bumped up its subsidy rates and added an extra one-time payment of $34.50 per hectare for all farmers, although many are saying it’s still not enough.

“There is concern that some wheat farmers may reduce fertilizer use to save on cost, which could impact yields and overall production amounts,” FAS says.

He said it: “No.” - Agriculture Secretary Tom Vilsack when asked by Agri-Pulse for a word about private meetings that he and U.S. Trade Representative Katherine Tai held Tuesday with leaders of U.S. ag groups at USDA headquarters. While technically that was “a word,” Agri-Pulse wanted more.

Vilsack and Tai met for about two hours with members of the Agricultural Policy Advisory Committee and the Agricultural Technical Advisory Committees for Trade. Members of the committees, such as officials from the U.S. Meat Export Federation, International Dairy Foods Association, Cargill, Tyson Foods and the Corn Refiners Association are sworn to secrecy on what they are told.