California’s new labor secretary is beginning to craft her strategy for driving workforce development in agriculture over the coming decades. Her top priority is on the workers who are hardest to reach, and she wants to build meaningful partnerships with companies, community groups and educators.

“We've seen some incredible programs pop up,” said Secretary Natalie Palugyai, citing training programs for the transportation, hospitality and construction sectors. “But there's been very little focus on ag, and traditionally ag is not viewed as an industry that's very good to workers.”

Speaking to the State Board of Food and Agriculture, Palugyai described how farmworkers are among the lowest paid in the state, don’t have a voice in the workplace, have serious language and economic barriers and face documentation issues—making it “very easy to maintain a low standard for these workers.”

She views it as an opportunity for meaningful change, and she’s hoping an outsider perspective will shift the paradigm.

Before Gov. Gavin Newsom appointed Palugyai to head the California Labor and Workforce Development Agency last July, she spent decades navigating labor policy issues in Washington, D.C.—spending most of that time at the U.S. Department of Labor.

With only eight months in California to date, Palugyai admitted she still has much to learn. Her first impression was that agriculture is a “pretty divisive” sector. She noticed a perpetuation of poverty, with resentment from the children of farmworkers who have made it out of agriculture and graduated from college only to return to support their families. 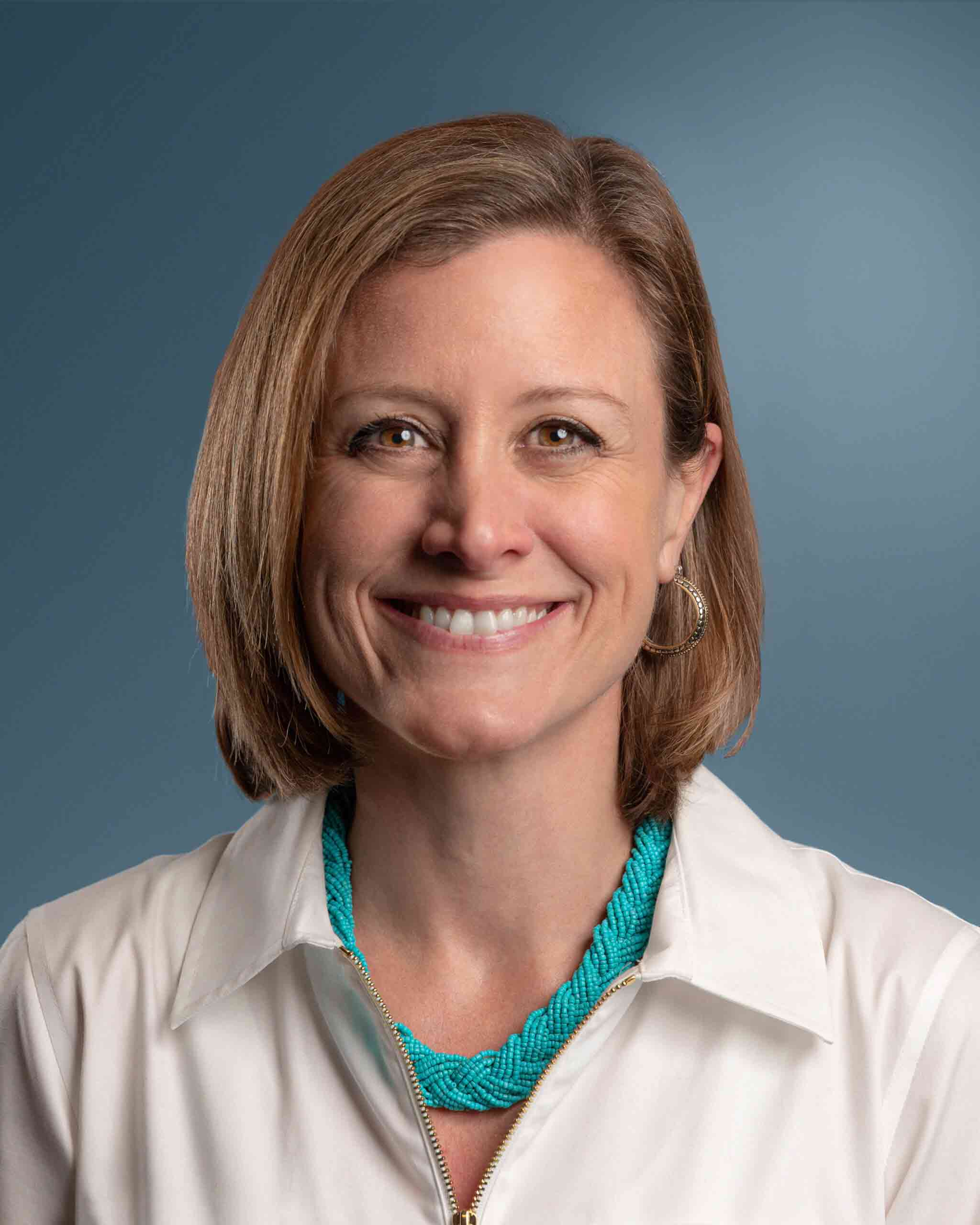 Palugyai found the issues to be much more complex than many people assume, and she said there are praise-worthy employers. But to remain competitive and attract workers, “the whole sector has to move” and transform—not just a coalition of the willing.

“I see it as my duty and my job to try to create some bridges in what I am observing to be a very divided sector,” she said. “We are at a tipping point.”

Ahead of the meeting, Palugyai tapped into her Labor Management Information Division to help with projecting trends in the agriculture space. The employment analysts anticipate a nearly 10% increase in equipment operators by 2028. Yet the need for farmworkers to handle crops will not decrease—but actually rise slightly. Those workers will continue to propel a high turnover ratio, however, since the pay is low and the work is often migratory.

To address such challenges, the state has depended heavily on federal funding for training programs, though that has changed with the Newsom and Jerry Brown administrations. In 2021, the federal government spent more in California than in most years, at $6.4 million, which helped mainly agricultural workers who lost their jobs during the pandemic.

The state has combined federal dollars with its own to prop up an economic development tool known as the Employment Training Panel (ETP), which funds employers to up-skill their workforce or provide training for the current workers. According to Palugyai, the state has also put hundreds of millions of dollars into the California Workforce Development Board to advise on policies and develop initiatives that support broad workforce transitions to higher quality jobs, a sector-based approach that is referred to as high-road training.

“It's very easy to put our dollars in the sectors that we think are already doing a good job,” said Palugyai, in describing how programs for higher paid workers tend to have more immediate success in transitioning sectors. “My whole shift here is in trying to really break cycles of poverty.”

She viewed investments in agriculture as a means of creating intergenerational wealth—assuring younger workers that their education can contribute in meaningful ways through “very high-tech and high-skilled” jobs.

CDFA Secretary Karen Ross pointed out that the timing aligns well with new initiatives breaking ground. She has introduced Palugyai to the executive director of the California Farmworker Foundation, Hernan Hernandez, who has been working closely with Ross on improving the quality of life for farmworker families through education. The Western Growers Association, meanwhile, has been partnering with CDFA on a Global Harvest Automation Initiative to accelerate the commercialization of new startup technologies in California agriculture. Ross has also been an ardent supporter of the Fresno-Merced Future of Food (F3) Initiative, which is partnering with colleges on workforce development.

“But we really need the employer community,” said Ross, before listing training needs for precision irrigation technology, nutrient management and more. “Just the Food Safety Modernization Act alone would employ a lot of people," she said of the federal law that required the Food and Drug Administration to impose new regulations on agriculture.

USGC’s LeGrand sees hurdles in Mexico, hope elsewhere
'Era of strife' at Ag Labor Board is in the past, vow new appointees
Facing labor challenges, a new ag robotics forum aims to connect growers and startups

She referred to the sizable investments state and federal agencies have committed to restoring floodplains in the Sacramento Valley and for conservation projects tied to a new deal over voluntary agreements for freshwater flows into the Sacramento-San Joaquin Delta.

Yet with the drought intensifying this year in the valley, Bryce Lundberg, who serves on the state agriculture board and is a vice president at Lundberg Family Farms, worried that much of the current workforce would leave the region and never return. In response, Palugyai pledged to work with Ross to reorient a workforce development program that has supported workers after losing their jobs and apply it to the drought situation, “where we may very quickly have a crisis on our hands.” One potential solution, she suggested, could be incentivizing employers to share one job among two or three people. Ross noted that she has been working with the Governor's Office of Business and Economic Development on ways to retain employees during the drought.

Palugyai was excited to hear the F3 proposal, since building an economic cluster around agriculture would draw manufacturing production and subsequent jobs to the San Joaquin Valley, offering more stable work than seasonal farm labor.

She has been assembling a team from across the labor agency to survey the industry for a better understanding of the needs. One challenge with that has been creating a common goal for equity across the often siloed programs.

“The buzzword of equity is everywhere,” she said. “I actually get kind of annoyed when I hear it over and over again, because oftentimes it means so many different things to different people that it ends up meaning nothing.”

For Palugyai, equity means access. She noted that ETP has put more support behind apprenticeship programs for trade jobs. But only 4% of the participants are female, meaning the effort has pulled down the overall impact on women.

Agriculture, on the other hand, has not been a high road sector and has gathered only marginal ETP funding, since the panel is reluctant to invest in an area that stubbornly remains “low road.”

“At the same time, we can't ignore those sectors,” she said. “Then we just maintain the same sort of outcomes.”

Marco Lizarraga, a deputy director at La Cooperativa Campesina de California, seized on those concerns, arguing that “somehow the workforce development people don't consider the ag industry as another industry.” He added that the training programs are designed for standard, urban workers and don’t fit the needs of agriculture. The funding stipulations, he explained, would require him to place 70% of the students in a class on drone technology with 40 people, punishing him if he only placed five.

“If you create a program that is complicated, it's not going to work,” said Lizarraga. “We need to design them for the industry.”

With such farmworker issues at hand, Palugyai has already gained accolades from labor leaders in California, with Newsom calling her a “champion for workers” and attributing her “unique perspective” to having immigrant parents from Uruguay.

An icon of the farmworker rights movement, Dolores Huerta said in a statement on the appointment that Palugyai’s diverse background will make her “a strong leader and advocate for California workers.”

“I look forward to working with her to solve issues of wage theft, expand health and safety provisions in the workplace, and create access to new good-paying jobs through high road partnerships,” said Durazo.