Daybreak May 7: ‘We’ve turned the corner’

The Trump administration is expressing confidence that the worst of the meatpacking disruptions is behind us. At a meeting in the Oval Office on Wednesday, Agriculture Secretary Sonny Perdue predicted packing plants would be fully operational within 10 days. “I think we've turned the corner,” he said.

The meeting, which included Iowa Gov. Kim Reynolds and Vice President Mike Pence, came one day after Perdue directed meatpackers that have slowed or closed plants to document that they are in compliance with worker safety guidelines issues by OSHA and CDC. He said plants should get back in operation as “soon as they are able” but didn’t threaten enforcement action.

On Friday, Pence will head to Iowa, where he’ll hold a roundtable with ag and food supply leaders at the headquarters of Hy-Vee, a Midwest supermarket chain, one of many grocers that are limiting consumer meat purchases.

Elsewhere: South Dakota Gov. Kristi Noem said she expects the Smithfield pork processing plant in Sioux Falls to be operating at full capacity by next week. About 2,600 employees have been tested since Monday, with results expected yet this week. Smithfield has declined to give a timeline for getting the plant into full operation.

Why it matters: A new report by CoBank warns that the disruptions in meatpacking could mean empty meat cases into the summer. The report says that meat supplies for supermarkets could fall be down 30% by Memorial Day, with retail prices as much as 20% higher than a year ago.

By the way: Rep. Steve King, R-Iowa, says he’s drafting a bill to compensate pork producers for hogs that have to be euthanized. The CoBank report says hog producers may euthanize as many as 7 million pigs in the second quarter

Agri-Pulse has learned that an Iowa pork exporter teamed up with former Ag Secretary Tom Vilsack to obtain 15,000 masks for USDA inspectors in Iowa, Minnesota, the Dakotas and Wisconsin.

Vilsack, a neighbor and friend of the Ngs, helped CKI direct about 15,000 masks to FSIS, with the rest going to the state of Iowa to use at its discretion. 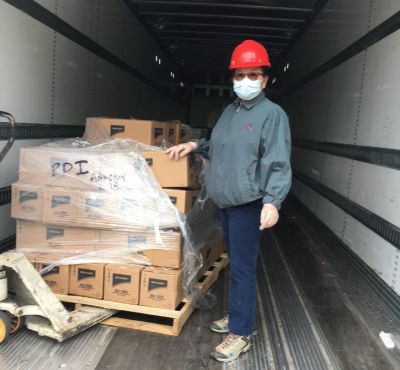 Meanwhile: USDA’s Food Safety and Inspection Service says it has 50,000 cloth face coverings available for inspectors, which is in addition to 30,000 other cloth coverings it started shipping to inspectors around the country on Saturday. FSIS also has told employees it has 320,000 disposable face masks and 5,000 face shields available. There are about 6,500 inspectors nationwide.

On April 9, FSIS said inspectors could be reimbursed for buying or making their own masks, sparking criticism.

By the way: Despite the pandemic, the U.S. exported records amounts of pork and posted very strong numbers for beef sales around the globe in March. Read our report here. 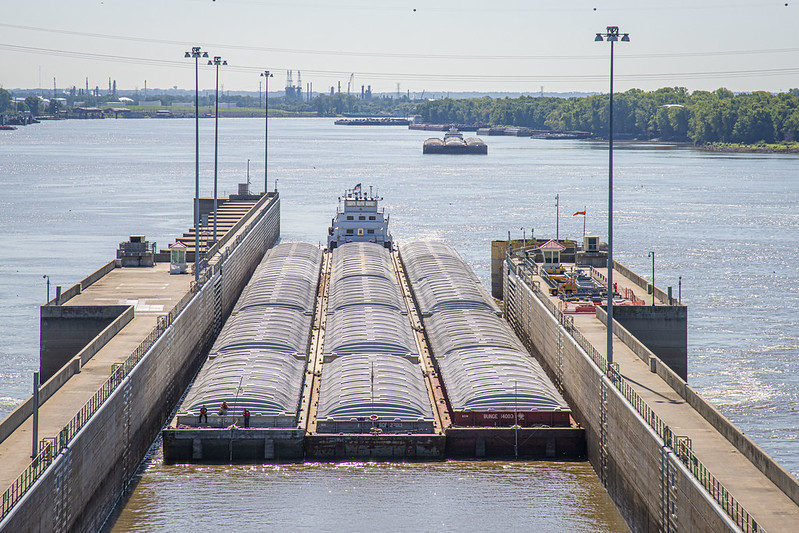 A new water projects authorization bill that would increase the federal share of funding inland waterway improvements is headed to the Senate floor.

The America’s Water Infrastructure Act of 2020, which was approved 21-0 by the Environment and Public Works Committee on Wednesday, would increase the federal cost share from 50% to 65%.

The bill also would require the Army Corps of Engineers to conduct studies of the upper and lower sections of the Missouri River and develop a strategy for addressing the flood risk in areas affected by last year’s flooding.

Leaders of congressional tax-writing committees are pushing the IRS to reverse its policy denying the deductibility of expenses covered by Paycheck Protection Program loans. The Republican chairman and ranking Democrat on the Senate Finance Committee and the Democratic chairman of the House Ways and Means Committee say the IRS policy goes against the intent of Congress.

The IRS policy “means that whatever income a small business is able to produce will be taxed on a gross basis to the extent of the loan forgiveness, leaving substantially less after-tax capital for the swift economic recovery we hope is on the horizon,” the lawmakers say in a letter to Treasury Secretary Steven Mnuchin.

Notably absent from the letter was Kevin Brady, the ranking Republican on Ways and Means.

Secretary of State Mike Pompeo laid into China Wednesday, blaming it for the spread of COVID-19 to the U.S. and around the world. Pompeo’s tirade during a press conference follows close on the heels of President Donald Trump’s threats from Trump to punish China for either purposefully or accidentally releasing the coronavirus from a Wuhan laboratory.

“China saw then that it had an emerging public health crisis on its hands,” Pompeo said. “They knew. China could have prevented the deaths of hundreds of thousands of people worldwide. China could have spared the world a descent into global economic malaise. They had a choice. But instead, China covered up the outbreak in Wuhan.”

The continued onslaught against China could have repercussions for the U.S. ag sector, which is counting on the recent trade agreement between the two countries to bolster U.S. exports of everything from soybeans to oranges. 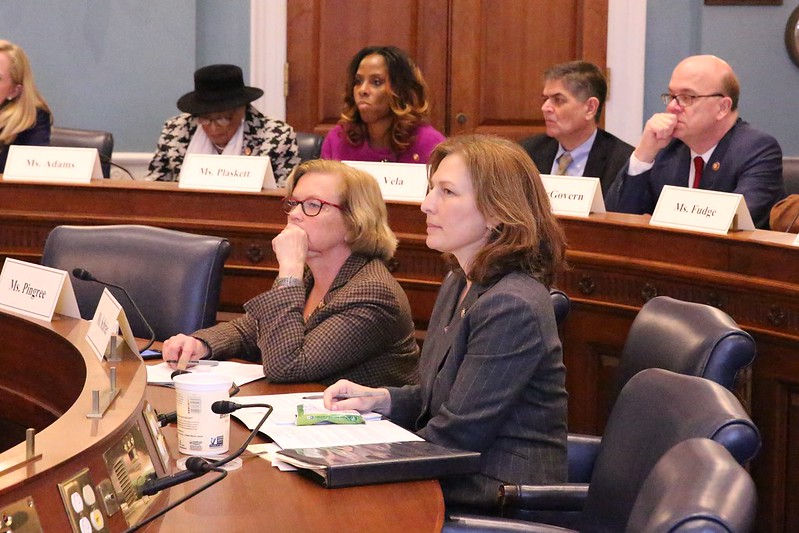 A doctor who serves on the House Agriculture Committee fears a second wave of COVID-19 will be a disaster in health care providers in rural America.

“I think this next wave is going to hit rural America really hard,” Rep. Kim Schrier, D-Wash., told Agri-Pulse. “These are towns with maybe medical clinics (and) very few hospitals.”

She said it. “I don’t feel like agriculture got enough in the last bill and I really hope we can do better. We have very rightly focused on small businesses, which are the backbone of our economy. But if a farm goes under, we lose a really important resource for our country.” – Schrier, on the need for additional farm payments beyond the money authorized in the CARES Act.