Dairy industry searches for consensus on pricing ahead of farm bill

After years of trial and error, lawmakers have finally arrived at a subsidy program that milk producers can live with, but the dairy industry is heading toward the next farm bill sharply divided over possible reforms to the federal pricing system for milk.

There are few if any commodities in which the government is more involved than dairy, from providing risk management to producers to managing milk pricing and facilitating donations of excess products.

When it comes to risk management tools for producers, Congress has largely gotten it right with the creation and expansion of the Dairy Margin Coverage program and the establishment of revenue insurance products, according to industry groups. Under DMC, producers can protect their margin for up to $9.50 per hundred pounds on the first 5 million pounds of production, the output of about 250 cows.

Scott Marlow, deputy administrator for farm programs at USDA’s Farm Service Agency, told the House Agriculture Committee recently that DMC “has proven to be extremely important” in terms of protecting farmers against surging feed prices. “It’s something that we need to look at in terms of other commodities,” he said. 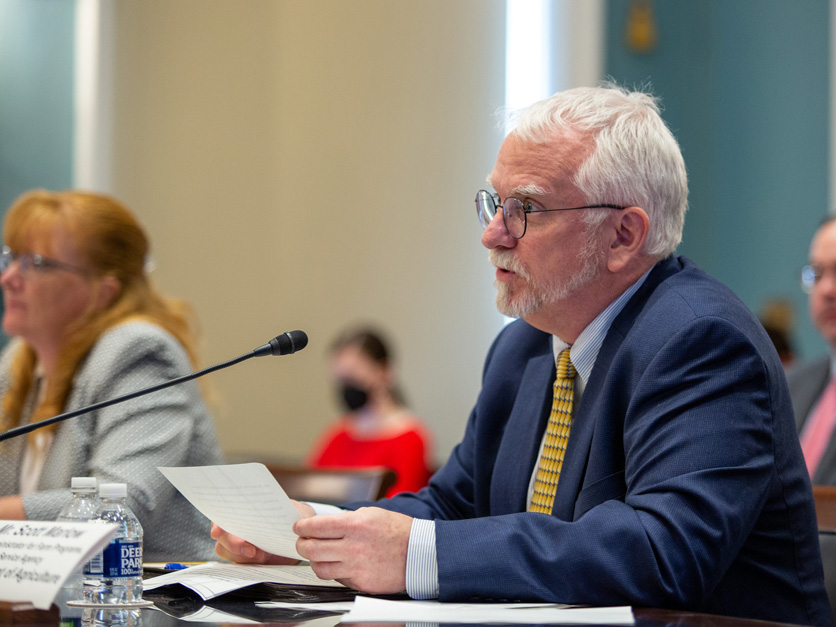 Scott Marlow, FSAAbout 72% of producers nationwide have remained enrolled in DMC this year even though milk prices are so high that the program isn’t expected to provide any payments. The fact that enrollment is as high as it is “shows how important farmers think the program is,” Marlow said.

There is some industry interest in raising the 5-million-pound limit on Tier 1 coverage, which is much less expensive than coverage at higher levels, but lawmakers would have to find the money to do it.

Lolly Lesher, a Pennsylvania dairy producer representing the National Milk Producers Federation, told the committee the next farm bill should allow producers to update their production totals for DMC coverage. The numbers were originally based on 2013 production.

Congress has since provided supplemental payments to cover incremental production increases. But “it is critical that this production history adjustment be carried over into the 2023 farm bill so that DMC remains a viable safety net,” Lesher said in her testimony.

NMPF continues to try to reach an agreement with the rest of the industry on changes to the pricing formula incorporated in the federal milk marketing order system, but there is no sign that the industry is close to a deal on that.

A change that NMPF and the International Dairy Foods Association agreed to in the 2018 farm bill backfired on producers in some regions of the country in 2020 because of market disruptions that resulted from the COVID-19 pandemic and a surge in cheese purchasing for the Trump administration’s Farmers to Families Food Box program.

NMPF is seeking to alter the formula, but IDFA isn’t on board yet. And a major co-op, Edge Dairy Farmer Cooperative, this week called for broader reforms to the milk marketing order system. Wisconsin-based Edge is not a member of NMPF.

Under the farm bill agreement, the price paid for fluid milk (Class I) must be at least 74 cents per hundredweight over an average of the prices for Class III (milk sold for cheese) and Class IV (butter and milk powder).

The change was intended to provide companies buying fluid milk with more predictability in pricing. Under the old system, the price for fluid milk was set as a premium over the price paid for either Class III or Class IV, whichever was higher.

But the new formula meant producers who sell milk largely for fluid consumption didn’t benefit in 2020 when cheese prices surged, and many processors removed a significant amount of milk from revenue pooling. Last year, NMPF proposed adjusting the “mover” for fluid milk every two years based on conditions over the prior 24 months, with the current mover remaining the floor. USDA subsequently provided $350 million in payments to producers to partially compensate them for the impact of the market disruption.

The pandemic “raised the question” of whether the milk marketing order system “is the best fit for today’s world. We must listen to farmers and continue a dialogue with industry and USDA as we navigate that issue to identify the best approach to any changes moving forward,” Scott said at the hearing.

IDFA, whose members include major cheese manufacturers as well as companies such as Nestlé, Kroger and Fairlife, is calling on Congress to require USDA to regularly update the 15-year-old manufacturing cost estimates that are used to determine the value of milk. A “make allowance” based on the estimates of manufacturing costs is subtracted from milk prices to account for the cost of turning the milk into cheese, butter or other products.

Mike Durkin, president and CEO of Leprino Foods Co., the world’s largest producer of mozzarella cheese, told the lawmakers that processors could be required to submit cost data to the USDA for purposes of keeping the cost estimates current.

Edge announced on Monday that it wants to overhaul the Federal Milk Marketing Order System to account for regional differences and discourage processors from removing milk from revenue pools. The 11 regional orders would have authority to manage pricing based on the product mix, farmer base and population. 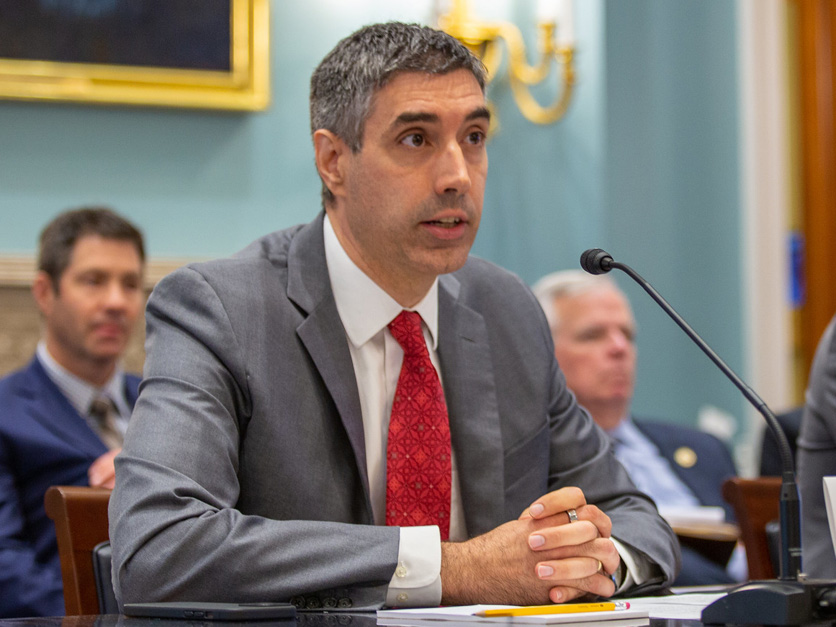 Such changes would require authorization from Congress, either in the farm bill or other legislation. The more narrow change in the fluid milk formula could be done by USDA through a hearing process, but Agriculture Secretary Tom Vilsack has indicated that the industry must reach a consensus first.

Bozic also said that other groups, including the American Farm Bureau Federation, should be brought into the debate over reforms to the pricing system.

Edge also laid out a set of 10 contracting principles that processors should be required to follow. Among them: Farmers should be paid for their milk every two weeks, with no more than three weeks lag.

In response to Edge, NMPF President Jim Mulhern said his group welcomed “contributions to the conversation on federal milk pricing that we all can agree needs modernization. Uniting the industry will be crucial to this process: That’s why NMPF is focusing on building the nationwide consensus that’s needed for a successful federal order hearing focused on national, not regional, issues.”