As state tees up drought plans, farmers plead for one last crop

State and federal water and wildlife officials were noticeably on edge last week when describing how rapidly California has descended into extreme drought. State scientists have been scrambling to analyze how the snowpack could melt so quickly and lead to nearly a million acre-feet of water disappearing through either evaporation or into the dry soil.

At an informational hearing for the State Water Resources Control Board, the San Luis Water District had one request: ensure water transfers can continue in August. This would allow one last almond harvest before many of the district’s 90 farmers let their trees die. The state, however, plans to delay those transfer decisions until fall.

Environmentalists and sportfishing groups, meanwhile, shamed the board for not curtailing water diversions to farmers earlier to prevent more fish die-offs.

The agencies are bracing for still more painful decisions to come, as they must determine how and when California’s remaining storage water should be put to use. A portion is certain to remain in storage this year, as scientists are realizing 2022 will likely be dry as well and it will take years to fully recover the state’s water deficit.

“We all need to be thinking about this much beyond this fall or winter and really into next year,” cautioned Department of Water Resources (DWR) Director Karla Nemeth, adding that the state is now drier than the “very deep drought” that just ended. “We like to think about droughts as a slow-moving disaster. This one is a fast-developing crisis.”

The sudden water loss meant that policy decisions made just weeks earlier were no longer adequate. Water released from reservoirs in Northern California would not be enough to maintain water quality standards in the Sacramento-San Joaquin Delta for fish habitats to survive. On the other side of the dams, inflow rates were well below expectations as well. DWR based its response on the most critically dry years in the past. But inflow rates this year were twice as bad.

Within six weeks, the snowpack went from 70% of average to less than 8%. 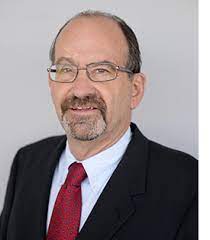 “We're talking about this as an evolving situation that had otherwise been unheard of,” said David Rizzardo, who oversees DWR’s hydrology branch, during a drought workshop with stakeholders last Friday. “It's almost in the form of the climate change that we would have expected to see later this century.”

Rizzardo explained that it would take 273% of average rainfall next winter for the San Joaquin River Basin to recover in 2022. In the Tulare Lake Basin, it would be 340% of average just to get back to net zero.

“It's not going to happen in one year,” he said. “It's going to take multiple years, to the point of almost 3 to 3.5 years-worth of rainfall on average just to get back.”

Barbara Barrigan-Parrilla, director of the conservation group Restore the Delta, lashed out at the agencies for not planning for this type of situation.

“If our scrappy little group could figure out that this was coming, we don't understand why the Department of Water Resources and the Bureau of Reclamation didn't plan for a potential quick loss of snowpack,” she said. “What I feel like I'm hearing today is a rehash of what we have known for years, recast as a surprise.”

DWR researchers are just beginning to understand the impacts on snowpack from the combination of high temperatures and dry soils.

“One thing that really looms large for me is this mysterious, scary thing of close to a million acre-feet disappearing overnight into the ground,” said Justin Fredrickson, an environmental policy analyst for the California Farm Bureau. “We're going to need to figure out better what the role of dry soils are.”

In response to the dry conditions and warm temperatures, farmers planted earlier this year, according to CDFA Secretary Karen Ross.

Northern California rice farmers agreed last fall to delay diversions due to the low storage levels. With reduced allocations, they planted 25% less acreage this year. According to Sacramento River Settlement Contractors, further strains on the system led to an additional 10% of fallowing. Farmers volunteered more cutbacks to provide junior water rights holders with permanent crops with enough water to make it through the year “without deep cuts and pain,” according to a representative for the contractors.

The cuts also mean less water for migrating waterfowl along the Pacific Flyway. Department of Fish and Wildlife Director Chuck Bonham pointed out that the Klamath Basin, the first major holdover spot for the birds as they fly south, is among the driest parts of the region. 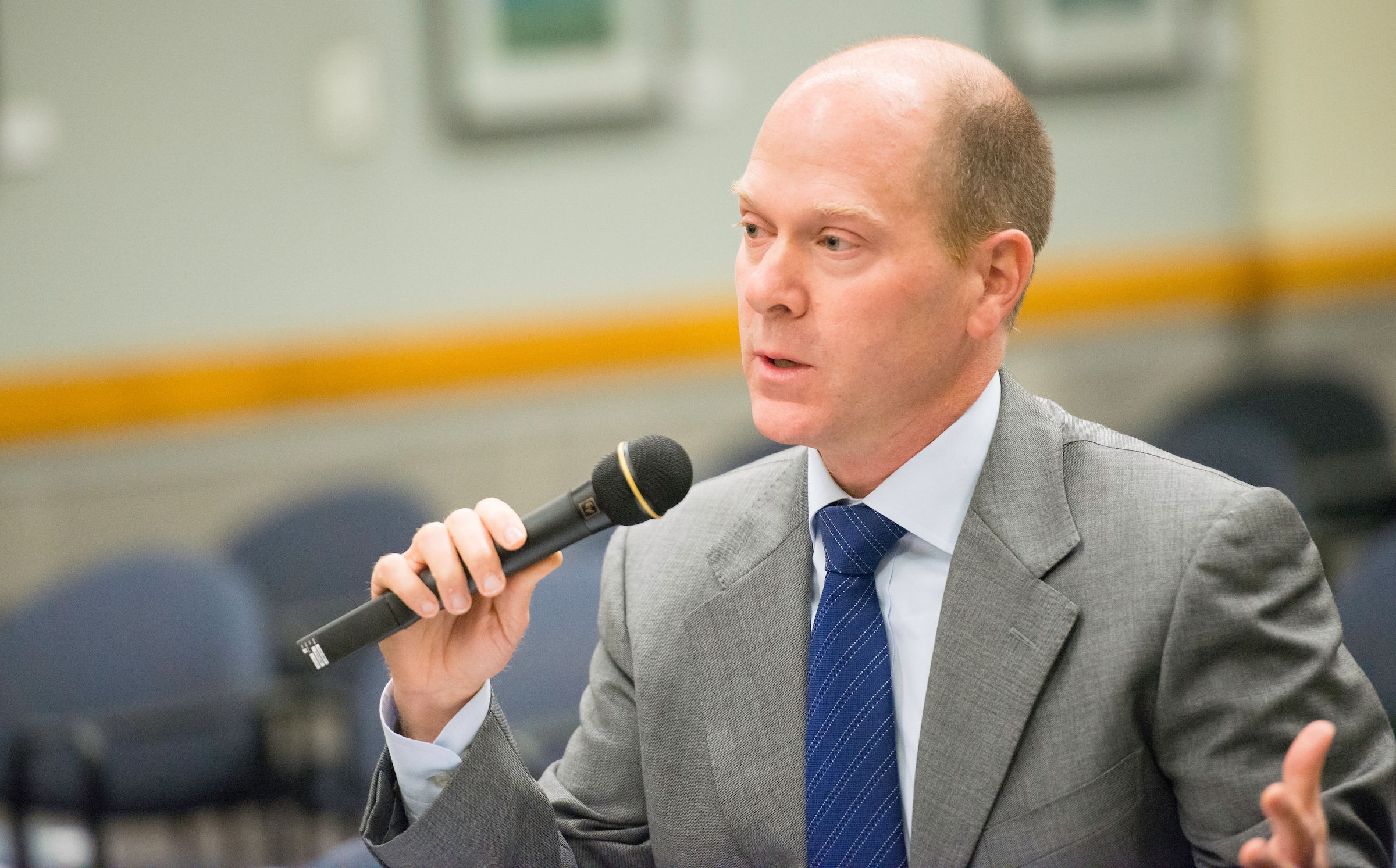 “They're not going to pull over. There's nowhere for them to stop,” he said, adding: “They're going to come into the valley down here in the Sacramento basin, and it's going to be dry.”

Squeezing millions of birds onto much less space “is just a recipe for disease and other management challenges,” explained Bonham. According to Water Board Vice Chair Dorene D’Adamo, private partnerships in conjunction with public space will be essential for preserving enough of “a postage stamp” for adequate habitat.

“It's an all-hands-on-deck, precarious situation,” said Bonham. “Extinction is real on our side of the equation.”

Delta smelt are already on the verge of extinction, and low inflow will affect salinity levels—a concerning sign going into the year, according to U.S. Fish and Wildlife Regional Director Paul Souza. The agency has trucked to the ocean more than a million endangered salmon from fisheries, completing a voyage the fish were not able to with the current conditions.

“If we have a year like this next year, all the drama we're facing—that will be multiplied by a factor of 10,” warned Souza.

No easy wins are left on the table, responded State Water Board Chair Joaquin Esquivel.

Farmers triage crops for the drought, as state leaders fear the dry years ahead
As water conservation falls short, California plans for the worst

The state water board is looking at early June for issuing curtailment orders for water holders with post-1914 rights. Agricultural districts are encouraging that decision to be made as soon as possible, noting this happened on May 1 in 2015 for the last drought.

The Oakdale Irrigation District, in contrast, asked that no curtailments be issued in the San Joaquin River Basin, arguing that Reclamation acted illegally when it released more water from the New Melones Reservoir to meet Delta outflow requirements, taking pressure off the Northern California reservoirs that have experienced low inflow.

“We've been trying to think outside the box and take on actions that in some cases we've never done before,” explained Conant about the decision. “We're going to continue to work collectively with our federal and state partners to make sure we've turned over every rock in this very challenging year.”

Moving into the summer, DWR’s top priority will be cold water needs for fisheries, according to Nemeth. Protecting water storage in Folsom Reservoir and maintaining water quality in the Delta are next, along with providing certain conditions that can lessen drought impacts on fish and wildlife. The department will then shift gears into contingency planning for 2022.

Across the board, officials and stakeholders stressed the need for collaboration.

“We can't tolerate parts of California pointing fingers at each other, as much as we need to inspire all of us to think about this as a California challenge,” said Bonham. “The directors of these relevant agencies have to be engaged on a daily basis together, trying to solve these problems.”

D’Adamo encouraged the officials to share that outside the box thinking with stakeholders as well, to avoid losing any opportunities.

“Sometimes there are unintended consequences that we may miss,” she said.

Bonham responded that he will not take any decisions lightly, since there are sure to be ramifications in all directions. 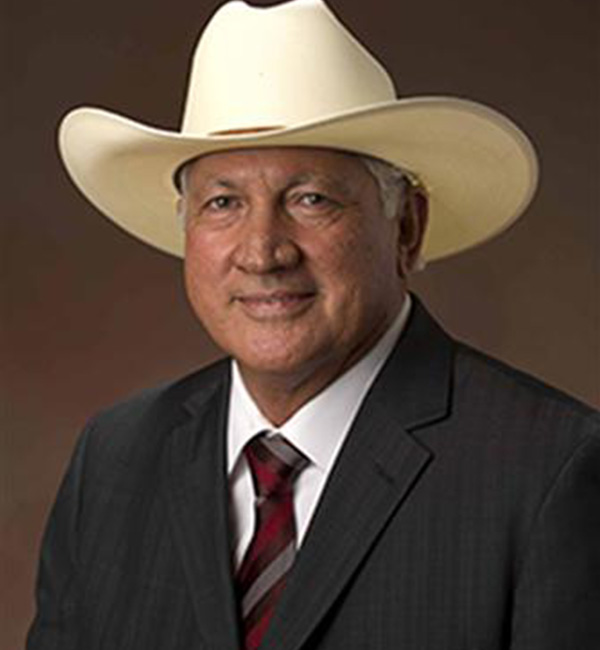 “Those impacts could run to people I consider to be colleagues in the water user and agricultural space,” he said. “We don't have a lot of time to dilly dally, but we also need to be super deliberate.”

One unanticipated outcome arose from the state’s new incidental take permit governing Delta flows for the State Water Project. This led to an additional 300,000 acre-feet of carryover storage in Oroville Reservoir from 2020, about 20% more than years before, according to Nemeth.

A similar case was made by Shelley Cartwright, a government affairs manager for Westlands Water District. Due to the 2019 biological opinions signed by then-President Donald Trump, Shasta Reservoir had additional carryover storage, which meant Reclamation should not be having the issues it has with temperature control for salmon, she argued.

“It is important for the board to focus on utilizing water and enforcing water rights throughout the system, rather than micromanaging only one part of the system,” said Cartwright, referring to Delta fish protections. “Equally clear is the effect water shortages will have on communities and the livelihoods throughout the San Joaquin Valley.”

Farmer Joe Del Bosque called it ironic that those same agricultural communities were considered essential at the onset of the COVID-19 pandemic early last spring.

“I urge you to consider that striking the right balance means no single community or single segment of society bears a disproportionate share of harm,” Del Bosque told the state water board.

Board member Laurel Firestone, who spent decades working on drinking water issues in the Central Valley, said the agencies should be expecting and planning for the worst.

“I know very well that there are real economic and community and job impacts from changes that ag has to make,” said Firestone. “It's also [about] coming together to look at what kind of mitigation programs we can provide for our most vulnerable communities and species.”

Farm Bureau’s Justin Fredrickson described it as an urgent need for all water users and all Californians to come together to build a resilient system.

Fredrickson pushed back on arguments that the state is wasting water by sending it to agriculture, when farmers are just trying to survive “a very frightening year.”

“It's a tough year. There are no villains here. And we're all doing our best,” he said. “Very clearly, collaboration—not punitive measures—provide the best way to get through a crisis like this year.”