House Democrats are more hopeful they can cut their losses in November after some recent special election showings, but the battle for control of the chamber still depends significantly on a series of races involving members of the House Agriculture Committee.

Nearly one-third of the committee’s Democratic members face close races this fall, including seven whose races are considered toss-ups by at least one major rating service. An eighth Democrat on the panel, Tom O’Halleran of Arizona, is expected to lose his re-election bid.

A ninth Democrat on the committee, Cheri Bustos, is retiring, and the race to succeed her between Democrat Eric Sorensen, a TV weatherman, and Republican attorney Esther Joy King, is rated a toss-up as well.

The election outcome is especially critical to ag policy because the committee, which currently has 27 Democrats and 23 Republicans, will be faced with writing a new farm bill in 2023.

Outside of the Ag Committee, several other agriculture-heavy districts are in play, including the Wisconsin seat that Democrat Ron Kind is retiring from, and Republican David Valadao’s in California’s Central Valley. Republicans are expected to take over Kind’s seat, but Valadao has trailed challenger Rudy Salas by as many as eight points in recent polls.

Democrats are counting on the abortion issue and the recent success President Joe Biden has had in implementing his policy agenda to energize Democratic voters. Democrats had unexpectedly strong showings in special elections this month in Nebraska, Minnesota and New York.

GOP candidate Mike Flood won Nebraska’s 1st District seat by about six points, while Republican Brad Finstad, a USDA state rural development director during the Trump administration, won Minnesota’s 1st District by four points, replacing former Ag Committee member Jim Hagedorn, who died in February. The margins in both the Nebraska and Minnesota specials, however, were smaller than Trump’s in 2020. 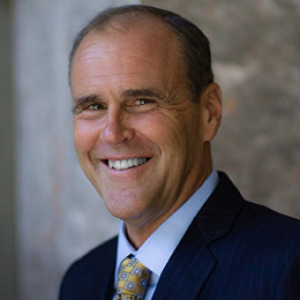 “Republicans should be very, very, very scared about their prospects,” House Speaker Nancy Pelosi, D-Calif. “I have never believed that we would not hold the House.”

Randy Russell, a long-time lobbyist for agriculture interests who served in the Reagan administration, said along with abortion, inflation also is likely to play a major role in the election. It's not surprising to him that many Democrats on the House Agriculture Committee are vulnerable this year.

"There's been a growing trend over the last several election cycles that the Democrats that get beat tend to be the more moderate Democrats," he said. "Frankly, therefore, the number that are representing rural areas is declining, and it's declined fairly rapidly."

Democrats still aren’t expected to retain control of the House this year. Russell notes that the turnout in the special elections was lower than what is expected in November, and Republicans only have to flip five seats to take over the chamber. Still, some analysts have lowered their estimates of GOP House gains.

The Cook Political Report, which had once projected that Republicans would take over 20 to 35 seats, now expects the GOP to pick up just 10 to 20. It’s “not out of the question” that Democrats could retain control of the House, according to Dave Wasserman, a House race analyst for the Cook report.

While it’s “undeniably true” that Democratic voters are more energized after the Supreme Court ruling overturning Roe vs. Wade, Republicans also appear less engaged than they were, according to Wasserman.

Depending on the rating service, as few as 20 to more than 30 races are toss-ups this fall. Here are the races involving House Agriculture members that fall into that category:

Democrat Angie Craig, whose Minnesota district includes some southern Twin Cities suburbs as well as rural area, faces a rematch with former Marine Tyler Kistner, whom she beat by 2.2 percentage points in 2020.

“The abortion issue is likely to help Craig with suburban women in places such as Dakota County,” which is 55% Democratic, said Steven Schier, a long-term expert on Minnesota politics at Carleton College. “It is a top tier, competitive House race.”

Craig is one of several vulnerable Democrats, including Marcy Kaptur of Ohio and Kim Schrier of Washington, who have hosted Agriculture Committee farm bill listening sessions in their districts this summer.

Kansas Democrat Sharice Davids, the newest Democratic member of the House Ag Committee, is trying to hang on to her redrawn Kansas City-area district in a rematch with Republican Amanda Adkins, a former state GOP chair. Davids defeated Adkins by 10 percentage points in 2020, but the new 3rd District includes more rural, GOP-leaning areas. In Kansas, Democrats have the edge for now on the abortion issue; earlier this month, Kansas voters overwhelmingly rejected a measure that would have allowed the legislature to tighten abortion restrictions.

Kaptur, a long-time member of the House Agriculture Appropriations Subcommittee who joined the Agriculture Committee this spring, is in trouble after being redrawn into a more Republican-leaning district. GOP challenger J.R. Majewski works in the nuclear power industry.

New Hampshire Democrat Annie Kuster won’t find out her Republican opponent until a Sept. 13 primary. Keene Mayor George Hansel has raised the most money among the candidates in the crowded GOP field. 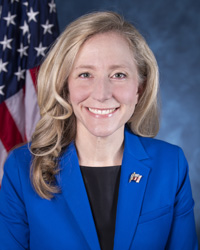 Schrier faces Republican Matt Larkin. Earlier this month, Schrier and Larkin finished first and second in the district’s “top-two” or “jungle” primary. Schrier got 48% of the vote to Larkin’s 17%, while four other Republicans in the primary split about 31% of the vote.

Republicans on the Ag Committee have a few races to defend as well. Don Bacon, who represents the Omaha area, faces Democratic challenger Tony Vargas.

Republican Mayra Flores joined the committee after winning a special election this year, replacing the retired Filemon Vela, but she has to run in a redrawn district in November and is considered the underdog in her race against Rep. Vicente Gonzalez.