The challenges facing Eric Hansotia aren’t unique to his company, but they are unique to the current moment in time.

As the top executive for AGCO, Hansotia oversees entities like Fendt, Massey Ferguson and Precision Planting, which are all part of the corporation's more than a dozen brands. At the recent Farm Progress Show in Boone, Iowa, Hansotia sat down with Agri-Pulse for a wide-ranging interview touching on everything from the price he’s paying for semiconductor chips to his thoughts on farm equipment’s role in carbon sequestration.

Despite the challenges, he says the enterprise is “on the path to be the most farmer-focused company in history.”

The following conversation has been edited for clarity and brevity.

What are some of the headwinds that you're looking at when it comes to getting a product from a pile of steel to something a farmer can use in their field?

We've got more orders now than we've ever had in the history of the company. Lots of demand, lots of farmers are excited about these products I just talked about. Our challenge is building them all … It's better now than it's been in the first half of the year and last year, and I think it's going to continue to get better over the balance of this year and into next year.

Our main issue remains semiconductor chips … Not only are they hard to get, they're super-expensive. We usually would pay $10 to $20 per chip, we paid $1,400 (per chip) for this last batch. I mean, crazy prices. But the reason we did that is that was probably the only part left that would make a full tractor or full combine or sprayer. So we wanted to make sure we got the machine in the customer's hands, so we paid that high price.

It's not so much inflation as it is just supply and demand. There's not enough of them out there, and so it turned into an auction situation and we paid a lot for them, but it allowed us to get a lot more product out to our farmers.

What about the workforce? Do you have the people in your plants to make these products, or are you having issues there as well?

You know, in general, we're doing pretty well. Attrition is when people leave the company unplanned; we have a lower attrition rate than the industry. So people are still moving around like you're seeing everywhere in the marketplace, but ours is lower than the industry. Overall, labor hasn't been our constraint. It's really been part supply. So we're happy with our labor situation. 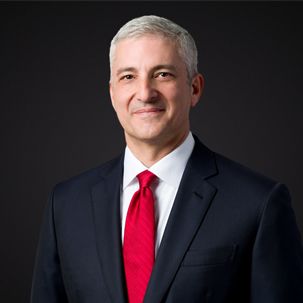 When it comes to product innovation, at a certain point do we hit a bit of an “innovation cliff” where farmers can only use so much new technology?

I actually think it's going the other direction. I think the next 10 years will probably be more innovation happening in farming than maybe the last 50. There's parallel activities happening on automating features where you have sensors onboard, onboard compute capacity or capability to be able to understand when the environment is changing in the soil or the crop, and the machine makes the changes for you; put it in autopilot. That's one category.

Another category is low carbon. So a lot of push towards either electrification, or we've got hydrogen fuel cell projects going on. That's a whole area of innovation. All of those lead to autonomy. So a lot of investment in those areas plus remotely connecting the machines and using the data.

Since I've been the leader of the company, we've increased engineering spend by 20% each year, we bought six companies last year, invested in two more. We're all in, full speed ahead on being able to deliver innovation to the market.

Technically, autonomy has been available for quite some time. Any farmer that's driven a large piece of ag machinery knows that the machine is pretty much driving for itself. The issue is the operator in the cab is still doing a lot. They're making a lot of choices, making adjustments on the machine, unplugging the implement, hooking up the implement, transporting from one field to the next, all those things. So our main focus for the next chapter is to automate the features, automate all the things that the operator is doing in the cab … Those all will lead to someday being able to take the operator out of the cab, but we think that's down the road. And we think it's a more narrow segment. When you automate a feature, all farmers can benefit from that.

Will it be available to a point that perhaps the more midsize producer will be able to take advantage of this technology, or is this something that's probably going to be reserved for the larger operator?

Well, our focus is automating features, and on each one of those features, our target is for the farmer to get a payback in one to two years … Full autonomy requires a lot of technology on board: vision sensing, path planning, a lot of other things. And when you put that whole stack together, it's pretty expensive. That's the other reason why we haven't brought it to market right now is we think that the payback is not good. Some of our competitors have but it's only for a niche in tillage by itself. So we've chosen a different path.

How far off are we from large-scale electrification of farm equipment?

We've got a tractor we've already shown in the marketplace … We think electrification is a good solution for lower horsepower. Somewhere between 100-150 horsepower and down, electrification makes sense. Above that, the battery gets so heavy and costly that it doesn't make so much sense. So in parallel, we've got projects for hydrogen fuel cells; those will be a little further out, but they're for the high horsepower applications.

With current battery technology, it's four to five hours of usage, and for a horsepower class tractor of that size, that feels about right. Our customers say that's a good application. You can go cut the hay in the morning, come back and recharge, maybe go rake it later on. Or using in a dairy application where you're using it for a while and then usually stop. So lower horsepower, four or five hours we think the battery technology will continue to grow and that that runtime will continue to extend.

The high horsepower will be hydrogen fuel cells and then in the middle will be a hybrid between the two. We'll have some batteries to store power and the hydrogen fuel cell as a main power engine. Hydrogen fuel cell is very expensive right now, so we're really learning about it and trying to make sure we understand how farmers will use it, but it's a few years off.

When it comes to research, what is the biggest unanswered question that you think will lead to more innovation in this space?

I think that one's about sustainability … Society is wanting to buy carbon credits, and have farmers, through photosynthesis of the plant, capture that carbon in the soil. But it's complicated today, hard to verify today. Farmers' adoption is still quite early and quite slow. So if there's one thing we had to demystify, it would be how do we help farmers get value out of that in an easy way?

Do you think the equipment is part of that?

For sure. I think we're going to have to change farming practices: use a lot less tillage, plant cover crops, which means changing how we plant and planting into cover crops. We're probably going to be planting when the crop is still up, so we may use high-clearance sprayers to do the planting. So the machinery will play a different role.

And then we've got to validate that the carbon actually got sequestered. So there will be sensors. We just launched a program from Precision Planting on automated high-speed soil sampling. We've already got SmartFirmer that has real-time soil sensing in the seed trench. Now we're adding automated soil sampling. We think all of this – understanding the soil properties at a lower cost with many more data points in the field – is a big part of the whole carbon equation.