The Food and Drug Administration is proposing some major rule changes for foods that can be marketed as “healthy,” potentially allowing new products to qualify while eliminating others. But few foods are labeled as “healthy” under current rules, and experts say it's not clear how much consumers will care about the proposed new system.

Under existing regulations, foods can be marketed as “healthy” if they have certain amounts of some nutrients, including vitamins A and C, and a limited amount of fats, cholesterol and sodium.

Among the relatively small number of items that are labeled in accordance with those rules are “Healthy Choice” frozen meals, a product of food giant ConAgra. The existing FDA regulations include a 600-milligram limit on sodium in meals.

FDA’s new plan says foods can be labeled “healthy” if they provide a meaningful amount of one of the food groups that Americans are supposed to consume according to the federal dietary guidelines, including fruits and vegetables, lean meats, dairy products and nuts. There would still be limits on saturated fats, sugar and sodium that would make some products ineligible to be marketed as healthy, including some that may be labeled that way now. Restrictions on total fat and cholesterol would be eliminated.

Raw fruits and vegetables, including avocados, which some people may have eschewed because of their fat content, would automatically qualify as “healthy.” Some dairy products also could qualify, as well as eggs, fish and nuts.

FDA also is developing a symbol for companies to use on labels.

The proposed sodium limit would be set at 230 milligrams per serving, which is 10% of the recommended maximum amount of sodium that people should consume in a day, known in nutrition labeling as the “daily value,” or DV. The proposed rules can get complicated: A frozen dinner like Healthy Choice, for example, could contain up to 30% of the sodium DV if it contained at least three servings of recommended food groups.

ConAgra's Healthy Choice Grilled Basil Chicken, for example, contains 490 milligrams of sodium, or 21% of the daily value. The nutrition label doesn't disclose how many food group servings the product contains.

ConAgra said in a statement to Agri-Pulse that it supports “the updating of the definition to ensure consumers have access to foods that will help improve the health of Americans. We look forward to continued collaboration with the agency to achieve attainable guardrails that will support more affordable, accessible and acceptable healthy food offerings for a broad and diverse group of consumers.”

Egg producers were among those welcoming the FDA proposal, noting that it would eliminate the limit on cholesterol. 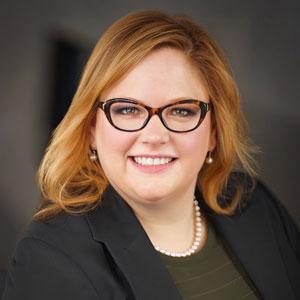 The proposed definition “affirms the science showing that eggs are an all-around nutrient powerhouse, supplying nutrients such as choline, vitamin D, and essential fatty acids that are necessary for healthy living,” said Emily Metz, president and CEO of the American Egg Board.

The question for agriculture and food companies is whether the new definition would get any more use than the current one.

Eva Greenthal, a senior science policy associate for the research and advocacy group Center for Science in the Public Interest, says companies would use the new labeling plan if they think it “will make their products appear more appealing, and they will forgo it if they don't think their consumers want to see an explicit healthy claim.”

FDA estimates that 14% of products sold in grocery stores are eligible for the label under existing rules, but only 5% use it.

Some products that are currently eligible for the “healthy” label, such as sugar-sweetened yogurts, granola bars and canned fruits, would no longer qualify because of the proposed limit on added sugars, Greenthal said.

FDA overhauls definition of ‘healthy’ food, citing new science
FDA gets an earful on what consumers should know about GMOs
FDA’s Yiannas: On the road toward a new era in food safety

It’s not clear from some research how meaningful the term is to consumers. A 2018 study led by Purdue University economists found that less than 30% of consumers wanted more information on food labels, and the people who were surveyed rarely mentioned “healthy” or “natural” as terms they wanted to see.

Consumers also aren’t sure what the term really means, the study found. While many think a food is healthy because of its nutrition content, consumers also think other characteristics are important, including freshness and the use of preservatives.

The dairy industry argues the FDA's proposed limits on saturated fats, added sugars and sodium are too low.

The FDA is proposing a higher limit on saturated fat in dairy products (10% of the daily value) versus 5% of DV for other foods. But the 10% limit would still exclude many products, including 2% milk, “which is what most consumers purchase and drink,” said Joe Scimeca, senior vice president for regulatory and scientific affairs at the International Dairy Foods Association.

The limit on added sugars, meanwhile, would exclude sugar-sweetened yogurt and flavored milk, and the sodium limit would bar some cheeses, including cottage cheese, from being labeled as “healthy,” said Scimeca. 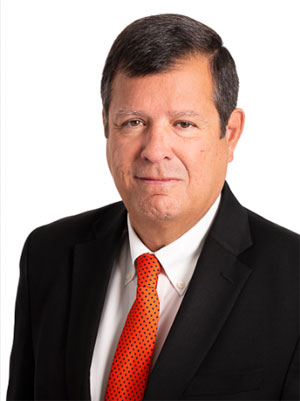 “In order to provide chocolate or strawberry flavored milk, you need to add a little sugar, but unfortunately this limit won't allow those products to bear a healthy claim,” he said.

The produce industry, meanwhile, is concerned that FDA left the door open for foods to be marketed as “healthy” if they include fruit and vegetable ingredients, such as powders. The agency said it was “tentatively” disallowing vegetable powders, but invited comments on whether some vegetable powders should qualify as a vegetable serving under the regulations.

The produce industry doesn't think vegetable powders should be eligible. “If you add a (vegetable) powder to a cracker that might make it a better alternative to another cracker, but it doesn't make it an alternative to a vegetable,” said Mollie Van Lieu, vice president of nutrition and health for the International Fresh Produce Association.

By the way, “healthy” labels are unlikely to start showing up in the produce aisle, where there is very little labeling anyway.

The Almond Board of California said that while almonds would qualify as “healthy,” it would be up to individual companies whether to market almond-containing products under that claim.