California was the first state to track and enforce pesticide applications through a system of county agricultural commissioners. Now the Newsom administration is overhauling regulations governing commissioners after outcry from environmental justice advocates. Commissioners are now raising alarms that the coming changes could "ruin a perfectly good system."

Ruben Arroyo, the Riverside County agricultural commissioner and past president of the California Agricultural Commissioners and Sealers Association, is pushing for science-based policies as the Department of Pesticide Regulation sets goals for pesticide notifications, raising the mill tax, increasing fines for violations and adding more limits on neonicotinoids and fumigants like 1,3-D.

Speaking at the annual meeting for the California Association of Pest Control Advisors on Monday, Arroyo described how the relationship between commissioners and the department has degraded since Gov. Gavin Newsom took office and two consecutive department directors have advanced aggressive new programs.

After Julie Henderson took over as DPR director last year, she approached Arroyo to collaborate on community engagement. Arroyo agreed with the idea of training commissioners on improving communication with communities and educating residents on the role of commissioners in enforcing laws. He volunteered to lead a six-month pilot program in his county for notifying the public ahead of pesticide applications, believing the lack of interest—with just 18 visitors to the webpage—would dissuade the administration from pursuing a statewide system. He imagined DPR would launch a basic website that maps out applications within a five-mile radius with no exact locations—without having to change regulations. 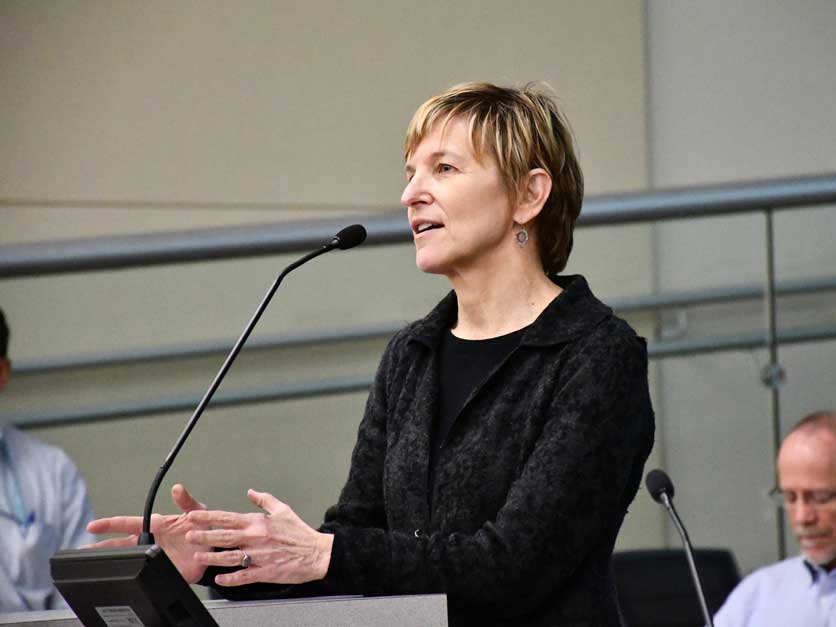 Three other programs in separate regions of the state tested other approaches to notifications, such as through emails, texts or explainers on the active ingredients within the pesticide products.

Henderson told Agri-Pulse in August that DPR has been working closely with commissioners and several other parties to improve the notification system proposal and outreach.

Arroyo later learned the pilot programs, along with a related advisory committee, were providing input for the department to amend the state code for agricultural commissioners.

“[Henderson] specifically said we're doing this to change regulation,” said Arroyo. “That means I'm going to have to enforce something different.”

DPR now has a place holder on its current regulatory calendar to change state requirements for the notice of intent (NOI) that pesticide applicators must submit ahead of time. Arroyo suggested the department could extend the current 24-hour requirement for NOIs to as much as 96 hours ahead of applications to support a more robust and location-specific notification system. He suspected the revised regulation would handicap the authority of commissioners to waive the NOI requirement when growers need to apply a fungicide ahead of an incoming storm, for instance. The notification system would likely require applicators to input all NOIs electronically, he explained, adding that commissioners would pull inspectors from the field to assist growers who have for years submitted NOIs on paper.

Commissioners perform more than 30,000 inspections every year, with a 99% compliance rate. Arroyo struggled to understand how those metrics justify changing the regulations to pursue what the administration views as “a public right to know” exactly when and where pesticides are applied.

DPR gained backlash from agricultural organizations last year for proposing to raise the mill assessment on pesticide sales to shore up a structural budget deficit and to finance new programs like the notification system. Arroyo countered that his office is financially sound, but to enforce new regulatory changes for NOIs would require more staff time.

“If you start statewide notification, you start language access, you start any of these other things, I only have a finite amount of time for people that I'm already paying money,” he said, adding that the state would have to raise the mill tax to cover the added salaries. “I know I'm taxed enough already—food prices, gas prices, everything.”

Last month Newsom signed a massive public resources trailer bill, which carried a provision to triple many of the penalties for pesticide violations. The cap for civil penalties will rise from $25,000 to $75,000, while criminal penalties can run as high as $100,000. More alarming to Arroyo was a provision tucked within the bill to expand DPR’s authority over spray drift incidents that cross county lines or involve repeat offenders.

Arroyo cautioned that it is his job is to enforce the laws and regulations and educate the public on new programs, but not to advocate for the agriculture industry. He instead encouraged the pest control advisors to take the next step and turn his insights on the administration into action.

“My job is to give you that information,” he said. “What you do with it is up to you.”