Agriculture is often playing defense as California steadily layers on more environmental and labor regulations. Now pesticide safety—long a contentious issue—is at the center of an escalating battle with activists over environmental justice priorities, adding even more pressure on farm groups to rally members in advocating for agriculture.

“We're dealing with a faction that is unfamiliar with agriculture and what we do for a business,” said Riverside County Agricultural Commissioner Ruben Arroyo last week at the annual meeting for the California Association of Pest Control Advisors (CAPCA).

Arroyo described how environmental justice (EJ) is reshaping the role of commissioners and pleaded with the industry to get more involved. Along with the Department of Pesticide Regulation (DPR), agencies protecting air and water quality have been drafting new resolutions to elevate social justice concerns in decision making.

It is also reflected in agency leaders. In August Gov. Gavin Newsom appointed a CalEPA secretary who served as an EJ liaison for the agency and once litigated environmental cases as an attorney for the advocacy group EarthJustice (formerly the Sierra Club Legal Defense Fund). In September the governor signed a measure dedicating a new board seat to environmental justice and tribal interests at the State Water Resources Control Board and its nine regional boards.

The administrator for EPA’s southwest region, meanwhile, has roots in environmental justice with the California Rural Legal Assistance Foundation and United Farm Workers.

During public workshops on a DPR proposal for statewide pesticide notifications over the summer, conversations on the use of pesticides grew so heated that farmers felt their voices were drowned out by EJ activists, leading some farm groups to avoid further participation.

Now groups like CAPCA are urging members to testify in more hearings to balance out the EJ voices. The association dedicated more than a day of its conference to advocacy training. 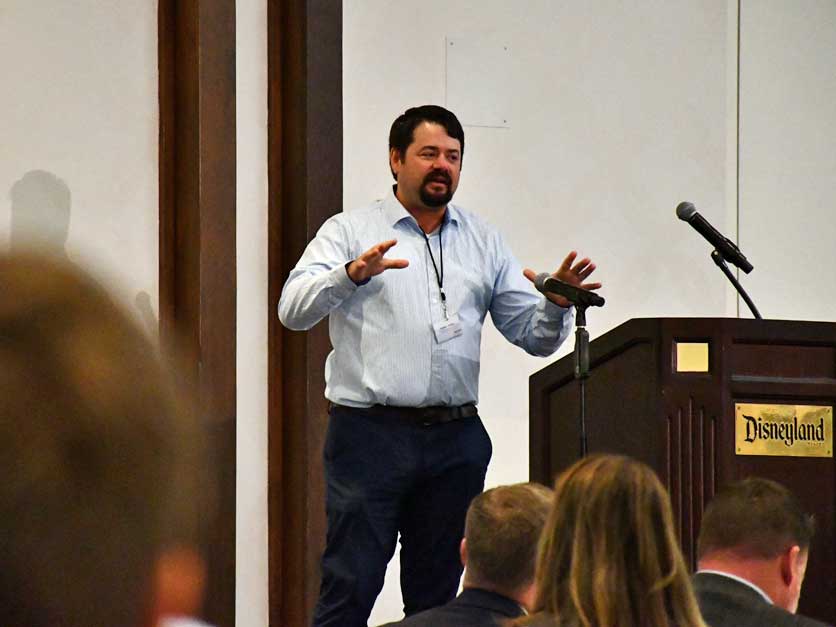 “If you had 50 growers that went to every meeting—talking to the legislators, talking to the people at DPR, and you were consistent in it—you might have a chance,” Arroyo told the pest control advisors (PCAs), as he explained that about 100 EJ advocates typically attend DPR meetings. “I’m a regulator. It’s up to you. You need to start something. [Activists] have been working on this for 20 years.”

He pointed out that nearly all California-grown fruits and vegetables are within safe levels for pesticide residue. Earlier this month DPR released its annual report for the 2020 crop year, showing that more than 97% of the sampled produce had no residue or the residue did not exceed allowable tolerances. The results are consistent with several years of monitoring. Imported produce, meanwhile, accounted for nearly 78% of the illegal residue on the samples.

And no other state has a system of county agriculture commissioners, which oversees about 500 inspectors in the field.

“That message isn't being told,” said Arroyo. “I wish it was.”

During a keynote luncheon at the conference, Anthony LaFauce, a public relations director at the Clyde Group, told the PCAs that agriculture must control the narrative and that while Californians don’t care about farmers specifically, they want to know farmers love farming and are providing them with security in maintaining the food supply.

LaFauce, who trains farmers to testify in Congress, encouraged PCAs to dress the part of a farmer and never show up to a hearing in a business suit. He acknowledged that it can be terrifying to testify on legislation when activists discount all of agriculture as hurting the environment and children and have in the past released the home addresses of farmers.

“That's what we're facing every single day,” he said. “Those are the problems that we have and why we’re scared to do this.”

LaFauce argued that agriculture is seen as a commodity and taken for granted, though that has changed some with skyrocketing food prices and supply chain disruptions. Farmers are also competing for attention against the massive tourism industry, Hollywood and flashy tech companies, he said.

He admonished farmers for failing to go beyond their networks to tell their story and pushed them to engage in networking and social media to capture younger audiences and more of the general public, since they elect the politicians who drive policy.

“You really have to start talking about their values,” said LaFauce. “What can you give to them that they feel better about? How do you relate to them?”

This approach, he stressed, would help Californians feel better knowing PCAs are being responsible and safe. He urged PCAs to be loud, outpace the EJ activists in their comments and own the word “pesticides”—a reference to environmentalists abandoning “sustainability” for “regenerative farming” after agriculture embraced the word in its messaging.

LaFauce argued that California agriculture is not one industry but a diverse collection of producers and businesses, with PCAs representing a much broader space than commodity groups, since they span many different crops and regions.

“This group here can be the glue that ties all of those different groups together,” he told them. “You're focused on ag in general, and that makes you really powerful. That makes you good friends to have.”

Commissioner Arroyo likewise encouraged PCAs to leverage their expertise in talking to legislators and the public.

“If you aren't vocal—if you don't want to participate—then you will see what's going to happen,” said Arroyo, before listing a series of new pesticide regulations in the works.