Growers tell agtech startups how to pitch a product

Agtech innovation has come a long way in creating efficiencies and easing labor challenges. Yet widespread adoption remains hindered by trust and cost hurdles, even as farmers face more pressure to incorporate automation into their practices to remain competitive. This is leading to new conversations between growers and startup companies over how to foster better connections.

The robotics and automation conference known as FIRA USA hosted many of those discussions last week. Walt Duflock, vice president of innovation at the Western Growers Association, detailed why the drive for new agtech solutions is so important. For one, the domestic labor workforce is decreasing and aging, dropping from 10 million to 3 million workers nationwide over the past seven decades, according to Duflock.

A 2018 study found that regulatory costs for Central Coast lettuce growers had soared from $190 per acre to $977 in just a few years. Duflock believed that number is even higher today.

“I like to say that farmers wake up on January 1 with a wicked hangover and 1,000 bucks an acre in the hole,” he said.

Farmers have had to find reliable but costly ways to compensate for the labor shortage. In 2005 they hired just 48,000 H-2A guestworkers—jumping to 300,000 by 2021. Adding more H-2A workers, however, brings new housing and transportation costs. For some crops, labor can account for half of the operating expenses.

This has driven many farmers to transition to mechanically harvested crops. Woolf Farming and Processing switched to tree nuts and tomatoes as a strategic plan, according to President and CEO Stuart Woolf. That allowed the company to invest in new technologies for postharvest and processing, such as units for sorting and sizing at a rate and quality that human labor cannot compete with.

Taylor Farms California has also had success with postharvest technology and is now trying to integrate it with agricultural production technology to create more reliability and cost effectiveness in harvesting, explained President Mark Borman. He described the challenge of being able to grow quality crops but falling short in meeting a six-week spike in labor demand during harvest. 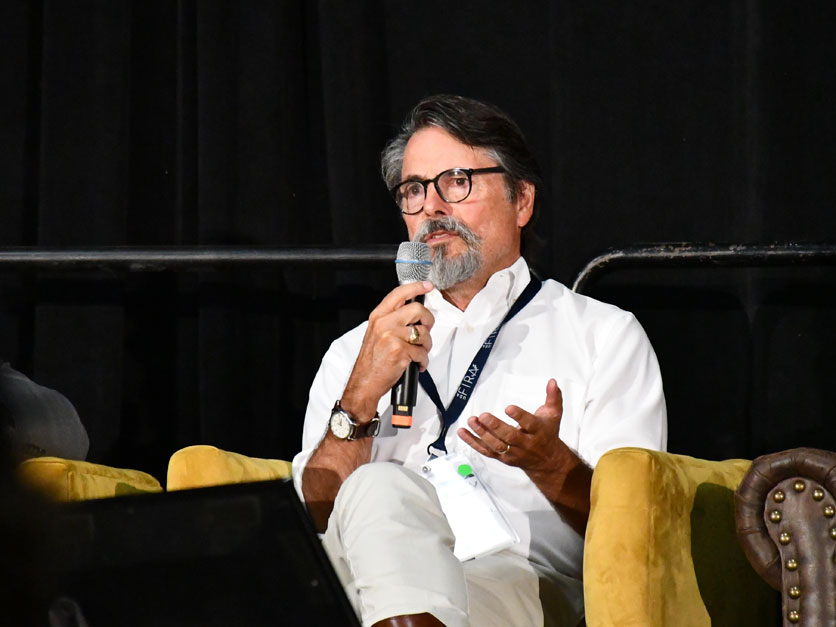 The “holy grail” for Woolf was automated weeding equipment. At the conference he saluted several startups that showcased promising solutions, but admitted technology has been a hurdle in his daily life and he struggles to decide when the best time is to invest in new agtech. He stressed to the startup executives in the audience that growers must get a return on their investment.

“I believe it's strategic to be an early adopter, but if you get in too early and you're perpetually working with the equipment and it's not delivering the promise, you go backwards pretty quickly,” he said. “When do you dip your toe in?”

Once a farm has adopted new technology, taking the first step to implementing it and adapting the workplace to it can present other hurdles, explained Borman. Taylor Farms addressed this by developing a training center, with the manufacturer helping to develop the curriculum and educational videos.

“So when we started off, there were all the startup problems you would expect. But we worked through them much faster,” he said. “It made that first step a ton easier.”

Without the pressure of harvest, the hands-on workshops made the technology accessible, drawing more interest from workers—as well as some key adopters Borman had not expected to see.

Woolf added that a crew from the manufacturer on hand can help the technology succeed and create more confidence that it will remain in use months down the line. As a practice, he urges his farm managers to take risks with new ideas but first convince him the technology is worth the investment.

Growers need reliability, with a Plan B in place if the equipment needs repairs, such as having a second piece of equipment as backup, said Borman. He pushed developers to allow for integrating data with other products, so that harvest and postharvest technologies can work together and each mechanization process helps to make the next one better. Taylor Farms has been more successful with adopting new technology since they hired specialists tasked with integrating the products across applications.

Woolf shared how manufacturers have presented great ideas to him that did not integrate with his operation. He also disparaged companies with expensive technologies for focusing on a narrow market.

Facing labor challenges, a new ag robotics forum aims to connect growers and startups
State Ag board to discuss carbon markets and agtech
The decline of ag? Newsom’s diesel ban brings a new level of uncertainty to growers and truckers

“We need the smaller guys,” he said, adding that his company sometimes buys pricier equipment—like a $500,000 tomato harvester—and takes it to the small suppliers contracting with its processing plants. “It’s strategic for us to bring this technology to our own supply chain.”

Borman described the fee-for-service business model for some products as promising and said growers should no longer be protective of their technologies, since such industry secrets are hard to keep these days.

“At first, we focused on hiding some of our technology,” he said. “That migrated to being offended that nobody was trying to steal it.”

A separate panel discussion examined the need to build trust with growers. Dennis Utt, who manages a farm as the owner of Crown Harvesting Inc., reasoned that he trusts machines more than people, since the equipment is optimized to be efficient and reduce human error.

Gary Thompson shared that sentiment. His family has run a commercial spraying business for 40 years but struggles to find workers willing to work slow-paced seasonal jobs at night. They developed an autonomous sprayer for their service and later marketed it to farmers under GUSS Automation—their years of work in the field built immediate trust with clients. He explained how the autonomous vehicle runs all night at just two miles per hour, while a worker could take a nap and make up lost time by driving faster and doing a poor job—and the farmer would never know. He admitted that automation may sound sexy but is not always the solution. 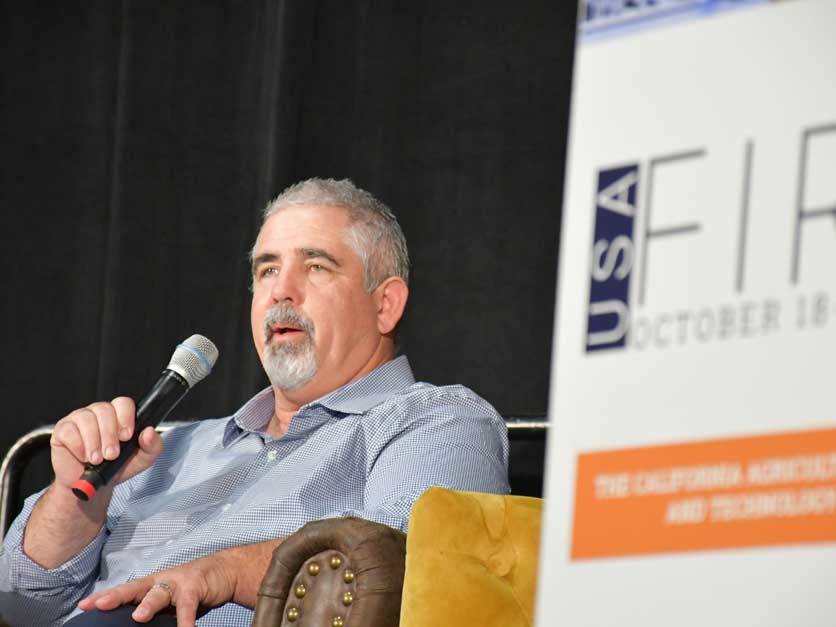 Martha Zwonitzer, who directs agronomy at Grimmway Farms, added that automation can cover the easier work while labor and mechanization tackle the more challenging fields or crops.

“We're constantly going back to the drawing board to figure out what the best solution for a given piece of land is,” said Zwonitzer, who stressed that any new technology has to contribute to the company’s sustainability goals and not decrease the quality of their foods.

The machine has to do a better job, because “the second it screws something up,” the grower kicks it off the farm and remains skeptical of any new technology that comes their way, explained Thompson. He pushed agtech representatives to “just be real with the growers” and not promise the sky, since honest conversations build trust—warts and all.

Benjamin Smith, who leads business development for the equipment manufacturer Kubota North America, relies on “trust but verify,” showing growers what the machine has done, since “data doesn’t lie.”

Making the technology accessible and intuitive is critical as well. Monarch Tractor CEO Praveen Penmetsa said his autonomous electric tractor requires just an hour or two of training. Growers, he added, are looking for immediate benefits—in hours, not days or months.

Zwonitzer enjoyed Western Growers’ approach to reusing engineering components in different products across startups, a form of “agtech Lego blocks.” She worried about having to buy a new piece of equipment every time she wanted the next level of technology.

Thompson found that some small growers have applied GUSS in more innovative ways than he ever imagined. One farmer saved time by following the sprayer through the field with a nurse trailer to refuel it on the fly, saving several trips to the facility when he did his own spraying. He doubled his acreage.

“A lot of [small] farmers are leaning towards that technology more than the big entities just because we have to compete,” said Dennis Utt. “On the other hand, a lot of farmers don't want to change. They use that old pocket planner their grandfather used.”