Companies planning thousands of miles of pipelines to transport liquid carbon dioxide throughout the Midwest are making slow but steady progress in obtaining voluntary easements, but the projects still face fierce opposition from many property owners, including farmers.

“I wouldn't take $10 million for them to put a hazardous pipeline through our land,” says Vicki Hulse, who has a small farm in Woodbury County, Iowa. “There's no amount of money that they could pay me … I can tell you one thing, and you can print this statement: I am totally against eminent domain, and they will have to take me the full way.”

Hulse was speaking about Heartland Greenway, a proposed 1,300-mile pipeline proposed by Navigator CO2 that would cut through South Dakota, Nebraska, Minnesota, Iowa, and Illinois on the way to its carbon sequestration site in Christian County, Illinois.

Hulse and three other landowners were sued by Navigator for access to their land to conduct a survey. The case is ongoing, although the landowners won the initial round in September. Navigator did not respond to questions about the case.

The two biggest projects are Navigator's and another begin developed by Summit Carbon Solutions. Summit is planning for about 2,000 miles of pipeline connecting with more than 30 ethanol plants in Minnesota, Iowa, Nebraska, South Dakota and North Dakota, terminating at a carbon capture site in North Dakota. Summit hopes to begin operating in 2024, Navigator in mid-2025.

The projects are intended to allow ethanol plants to reduce their greenhouse gas emissions, making biofuels eligible for low-carbon fuel standards and a new clean fuel tax credit authorized by the Inflation Reduction Act. The projects also could make ethanol eligible as a feedstock for sustainable aviation fuel.

The pipeline projects have been bolstered by another provision in the IRA that increased the federal tax credit for carbon sequestration from $50 to $85 per ton.

The companies have for months been securing a path for the projects by paying for voluntary easements, trying to avoid having to seek eminent domain authority from state regulators. They also have been fighting efforts to release the names of landowners whose properties are in the pipelines’ paths.

Wolf Carbon Solutions has a smaller project for which it will be seeking approval — 350 miles of pipeline that would transport CO2 from ADM ethanol facilities in Clinton and Cedar Rapids, Iowa, to an already operational carbon capture site in Illinois.

As of Tuesday, Summit said it had secured rights to half the land it needs, including 56% in Iowa.

SCS spokesman Jesse Harris told Agri-Pulse the company had secured 1,030 total miles through voluntary easements with 2,100 landowners who have signed a total of 3,400 agreements. “So, we're making significant progress, and I think landowners are really starting to embrace this project in a significant way.”

The company has paid about $200 million to landowners.

Opponents of the projects dispute the company’s figures. Food & Water Watch Iowa organizer Emma Schmit said based on maps she’s examined, the company appears to have only about 37.5% of the needed land in Iowa.

He says talk of using eminent domain is “entirely premature.” 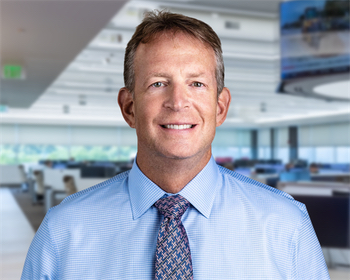 According to a poll Food & Water Action commissioned by Change Research earlier this year, 80% of Iowans oppose the use of eminent domain for carbon dioxide pipelines, including 80% of those who favored Iowa Gov. Kim Reynolds in her reelection race.

Schmit also said 73% of voters “say they would be less likely to vote for a candidate who supported eminent domain for the pipelines.”

But Summit's Harris counters with a Des Moines Register poll from this spring that showed 85% of Iowans believe ethanol is critically or fairly important to the state’s economy.

“That's why this project was designed, because we want to be able to enhance the viability of the ethanol industry long-term,” he said.

Todd Becker, president and CEO of ethanol producer Green Plains told analysts the IRA tax incentives are “an absolute game-changer to our company, to our industry, and even to the pipelines that are being built out there.”

But at the same time the companies are moving forward, they are battling in court. Opponents have sought landowners’ names to aid their fight against the pipelines.

Summit has resisted releasing the names of property owners whose land they will cross, filing a request in the Iowa Supreme Court to stay a Polk County, Iowa, judge’s ruling that the company had not been able to show that such information was exempt from the state’s open records law.

Summit’s Harris said the company believes “it should be up to the landowner to decide whether their name and contact information is made public. That seems to be a fairly basic principle to protect the privacy of landowners.”

In Illinois, an attempt by Navigator to keep names private was rejected by the Illinois Commerce Commission, which said “there is no indication in the record that any of the landowners whose information was published in previous dockets have suffered any harm due to such publication.”

Navigator also will have to keep fighting Vicki Hulse and three other landowners in their lawsuit, which is scheduled for trial in February. A Woodbury County district court judge denied the company’s request for an injunction in September that would have forced the landowners to allow surveyors to access their properties.

While Judge Roger Sailer said Navigator “has successfully articulated a sufficient likelihood of success to support the relief being requested,” he nonetheless found that after balancing the interests on both sides, it made sense to deny Navigator’s injunctive request.

If the court were to grant Navigator’s motion for a temporary injunction, they “will have the right of entry they seek, they will enter on defendants’ land, the land survey will be completed, and [Navigator] will be whistling down the road with no need for further litigation, whereas defendants will be left holding an empty bag without ever having the opportunity to litigate the merits,” Sailer said.

One county in North Dakota is trying to essentially tax Summit by imposing a fee of 3% percent of the pipeline’s total cost. The fee would amount to more than $100 million.

The county commission voted 3-2 to back the fee, but Summit said it is not aware of any communication from the county regarding the action.

“Our team has met with state’s attorneys in every county where our project is proposed to operate,” Summit spokesperson Courtney Ryan said, adding “the overwhelming consensus is that individual counties do not have the legal or regulatory authority to enforce an action such as the one Emmons County proposed.”

In Iowa, which appears to be the farthest along in the process of evaluating the pipelines, opponents continue to make their case that the pipelines pose dangers from ruptures and will make it harder for farmers to reestablish crops on disturbed ground. The companies maintain the pipelines will be strictly regulated and say they will restore land to its pre-pipeline state. 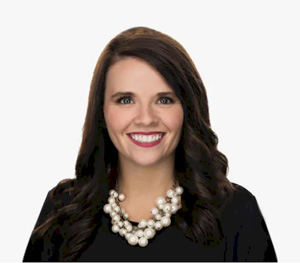 Summit says, for example, “We will be good stewards of the land across our entire project area. Summit Carbon Solutions will protect and restore lands, topsoil, drain tiles, drainage systems, and more to their preconstruction levels.”

Navigator spokesperson Elizabeth Burns-Thompson told Agri-Pulse in August that “if we do our job right, and our crews follow the specifications that we outlined and the landowners outlined, and are really stipulated by the state permitting entities as well, that land should restore to its current production state over time, but it is necessarily our responsibility to compensate for any loss in the interim of that.”

Hulse, however, isn’t convinced. Three of the four parcels on which she farms would be disrupted, including one that has been in the Conservation Reserve Program for six years.

An Iowa State study released a year ago showed crop yields in the right of way for the Dakota Access crude oil pipeline, completed in 2016, were down “an average of 25% for soybeans and 15% for corn during the first and second crop seasons, compared to undisturbed fields.”