US corn growers say no to Mexico’s GMO deal

Mexican President Andrés Manuel López Obrador may have thought he was offering a reasonable compromise when he told U.S. Agriculture Secretary Tom Vilsack that Mexico would remain open to importing genetically modified feed corn, but American farmers don’t see it that way.

Obrador argued at the Nov. 28 meeting in Mexico City that the U.S. should understand his desire to ban imports of GM food-grade corn – mostly white corn – but American farmers and farm groups are firmly rejecting the idea and accusing the Mexicans of breaking the terms of the U.S.-Mexico-Canada Agreement.

U.S. farmers are heavily invested in producing food-grade corn – particularly white corn – for Mexico and say the very idea of agreeing to Obrador’s proposal threatens the stability of trade with Mexico under USMCA and with other nations around the globe.

U.S. and Mexican officials are expected to begin meeting soon to address Mexico’s looming decree that would ban GM corn in January 2024, but to corn farmers like Andy Jobman, there’s not much to negotiate.

Jobman, who farms 2,500 acres of corn and soybeans in central Nebraska, counts on Mexico to continue buying his white corn, which makes up about 60% of the corn he grows every year.

“It’s one of our specialties in Nebraska,” said Jobman, who is also the president of the Nebraska Corn Growers Association. “We’re really great at producing white corn. To all of a sudden pull the plug on that– it’s not like you can flip these supply chains on and off with a switch. These markets took years to develop. You lose those markets and it’s really hard to get them back.”

With about 162,000 acres, Nebraska is by far the biggest white corn state, but states like Illinois, Kentucky, Indiana, Texas and Iowa are also significant producers of the grain that’s needed for tortillas, chips and other food products. The U.S. exported 1.6 million metric tons of white corn in the 2021-22 marketing year, most of it to Mexico, according to USDA data

Grant Menke, vice president of market development for the Iowa Corn Growers Association, says that the U.S. shipped a total of 3 million tons of yellow food-grade corn and white corn, combined, to Mexico in 2021 and that’s roughly 18% of the total 16.8 million tons of all corn that was sent South of the Border for the year.

White corn, Jobman stressed, gets a strong premium – which he doesn’t want to lose – and the profitability of the crop has been key to attracting new, younger people to the farming profession.

The disruption caused by a Mexican ban on GMO food-grade corn would be significant, but the consequences could be far wider, say Jobman and others. 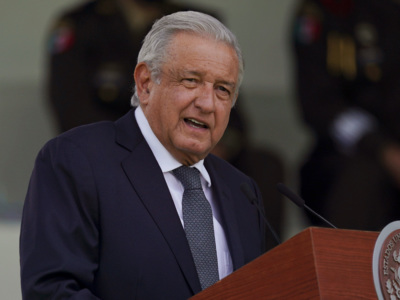 Obrador, in a readout of his comments to Vilsack provided by the Mexican government, appeared to be adamant that he fully intended to ban GMO food-grade corn and that Mexico was willing to fight the U.S. if it filed a dispute under USMCA.

That’s a fight that may have to happen, said Jobman and National Corn Growers Association President Tom Haag.

If Mexico were to be allowed to ban GM white corn without a fight, “what does that say to the integrity of our trade agreements with other countries,” Jobman said. “If we don’t stand up to this, it opens the door to other countries trying to take advantage of us.”

But first, the integrity of USMCA needs to be upheld, and that can’t happen if the U.S. allows Mexico to ban any forms of genetically engineered crops.

“Any decision to block biotech crops by Mexico would be illegal under the [USMCA],” said Haag. “Eliminating white corn will in no way resolve this conflict.”

US, Argentina, Brazil corn farmers offer united front to Mexico on GMO ban
US threatens challenge to Mexico GM corn ban, but expects plan to negotiate
Mexico floats flexibility for imports of US feed corn, but not white corn

And it’s not just the U.S. corn sector that’s concerned. Mexico is a major importer of U.S. dairy, beef, pork, rice, soybeans, wheat and other commodities.

Other U.S. ag sectors say the move by Mexico to restrict imports of any commodity based on spurious health claims would be a bad precedent.

Jaime Castaneda, executive vice president of the National Milk Producers Federation and the U.S. Dairy Export Council, says the dairy industry cares about the fears of the corn sector, but it’s also watching the big picture.

“Obrador keeps talking about health for Mexican consumers without any scientific basis,” Castaneda said. “We care about our colleagues in corn, but we also care about science-based decisions.”

In other words, if Mexico were allowed to make a major policy change that ignored accepted science and a trade pact to restrict U.S. corn, what is to keep the country from doing something similar when it comes to dairy?

At the core of Obrador’s proposal is his stated concern for human health. Obrador, according to the readout, said that “if Mexico has to decide between trade and health, Mexico will opt for health.” 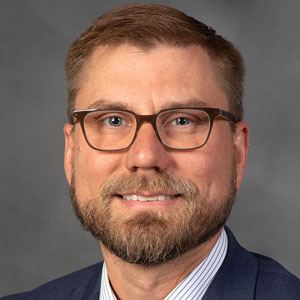 “If you say GMOs for livestock feed is okay, but it’s bad for human consumption, that flies in the face of all the scientific research,” Watters said. “To delineate between subgroups of a crop is ridiculous.”

But it’s more than that, says Watters. If the U.S. were to agree to Obrador’s compromise on allowing GM feed corn while banning food corn, it could be seen as admitting Mexico is justified in its health concerns.

“I know that there are some people who will say the vast majority of this corn goes to animal feed, so what’s the big deal?” he asked rhetorically. “It’s a slippery slope argument. If we were to cave on this, we might as well cave on everything.”

And it would be allowing Mexico to use irrational fears over biotechnology as a means to try to insulate domestic farmers from competition with imports, he said.

“If the [Mexican] government wants to protect their corn growers, fine, but doing it this way is illegal under USMCA," Watters said. "They’re obligated to follow the rules. All their decisions need to be based on science – and this is not.”