WASHINGTON, Mar. 1, 2017 - Ethanol already supplies over 10 percent of the U.S. gasoline market and the fuel’s share is growing.

Yet Congressman Bill Flores, who wants to see ethanol capped at 9.7 percent of the market, is holding back on reintroducing a measure that would do just that, “in an effort to seek a more holistic solution.”

The Texas Republican and former oil company CEO tells Agri-Pulse that if his self-restraint doesn’t trigger productive bipartisan discussions about ethanol, “then I’ll re-introduce my original legislation.” Along with a score of other recent bills, Flores’s legislation would amend the Clean Air Act by revising the Renewable Fuel Standard (RFS) and its biofuels use mandates that Congress enacted in 2005 and amended in 2007 during the George W. Bush presidency.

In explaining his bill last May, Flores charged that reducing the ethanol mandate is needed for many reasons, including that “gasoline demand has fallen and is well below the volumes implied by the ethanol mandates in the 2007 statute.” Currently, Flores is calling for a “market-based energy policy” designed to “expand access to oil and gas exploration in the U.S. rather than trying to force non-economic sources of energy and technologies into the marketplace.” 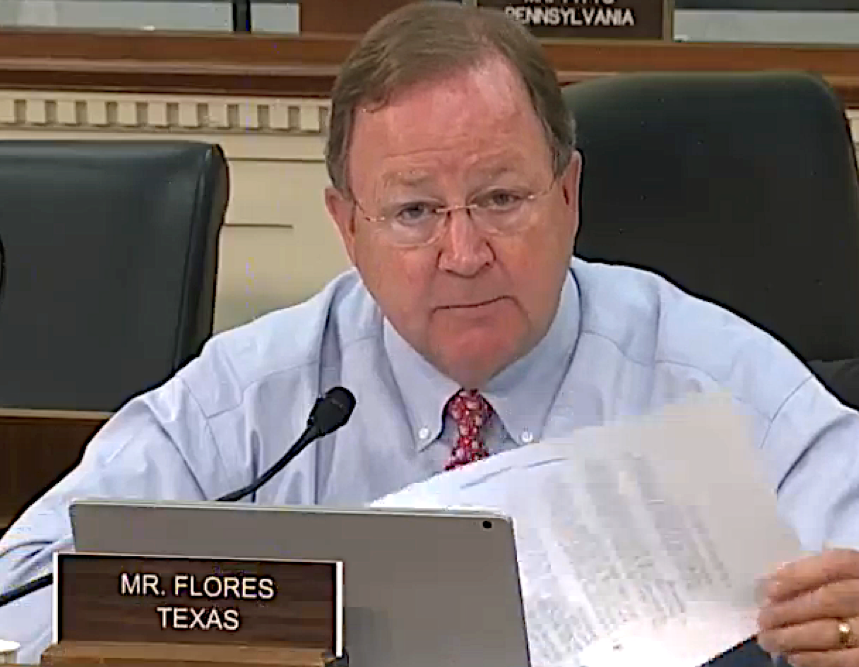 But Flores also promotes an “all-of-the-above” approach. He uses solar power at his Texas home, while supporting “development of nuclear-generated electricity, natural gas, clean coal, and oil, as well as alternative energy sources such as wind, solar, hydropower, nuclear, geothermal and biomass.”

What provides urgency for Flores, other RFS critics, and also the biofuels industry is that under current law, starting in 2022, EPA will have full authority to set the annual RFS biofuels volume requirements for subsequent years. Until then, EPA has only limited ability to adjust the statutory annual increases.

To address what he considers outdated RFS mandates, Flores signed up 118 co-sponsors, including 11 Democrats, for his bipartisan Food and Fuel Consumer Protection Act (H.R. 5180) last year. He’s ready to do the same this year if necessary. He can expect oil industry support for either limiting or eliminating the RFS. Shortly after the November elections, American Petroleum Institute (API) Downstream Group Director Frank Macchiarola predicted that “immediately in the new Congress we can continue to build on the momentum we’ve made in the House and in the first half of the year really hit the ground running.” 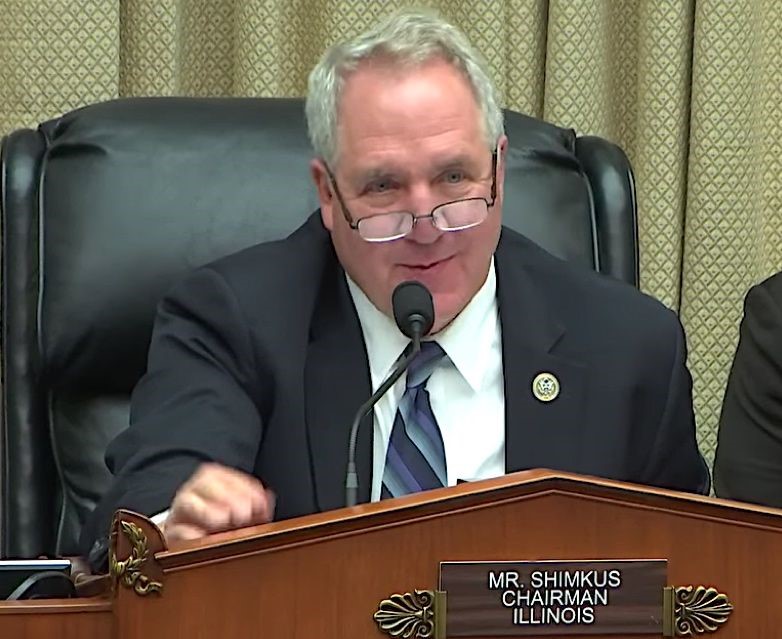 Flores can count on support from his fellow House Energy and Commerce Committee member John Shimkus, R-Ill., who tells Agri-Pulse, “With EPA set to take over the RFS program entirely in 2022, which should concern everyone, now is the time for us as policymakers to examine how the program can be improved to better reflect an evolving energy landscape.” He warns that “without reform, neither producers nor blenders will have the certainty they need in the years ahead.”

Executive branch support is also possible but as of yet, unknown. The White House’s current America First Energy Plan specifically promises to “take advantage of the estimated $50 trillion in untapped shale, oil, and natural gas reserves” and commits to “reviving America’s coal industry.”

However, Trump supported the RFS on the campaign trail and made another strong endorsement again last week. Trump’s letter to the Renewable Fuels Association supporting ethanol leaves acknowledges “the importance of renewable fuels to America’s economy and to our energy independence” and states that “renewable fuels are essential to America’s energy strategy.” But Trump adds that “as important as ethanol and the Renewable Fuel Standard are to rural economies, I also know that your industry has suffered from overzealous, job-killing regulations.”

One possible implication is that Trump’s promised support might come in the form of a rollback of regulations rather than explicit support for the RFS’s current volume mandates.

With broad backing in Congress for his past calls to cap the ethanol mandate at 9.7 percent, Flores tells Agri-Pulse that he’s held off re-introducing his RFS bill because he’s seeking instead “an optimum solution to balance the interests of all the stakeholders.” He says Congress is reaching out to stakeholders including corn-based ethanol, advanced biofuels, oil and gas interests, car manufacturers, small engine manufacturers, states, and the environmental community.

Flores says he hopes the uncertainty about biofuels volumes after 2022 will lead RFS critics and defenders “to sit down with Congress and come up with a solution that develops the best alternative for all of us.”

Flores hopes those pushing the “unrealistic extremes” of either eliminating the RFS or locking in ever higher volumes will instead accept his conclusion “that a negotiated outcome is much better than one which relies on a bunch of bureaucrats beginning in 2022.” He says his goal is “to negotiate a solution where I have certainty not only for 2018 but for 2022 and beyond, and right now that does not exist.” He sees especially good reasons for ethanol interests to come to the table with an open mind because “beyond 2022, there is not a certain space for corn-based ethanol.”

Rather than continue federal mandates or incentives that support “what we know about today,” Flores explains that the key is to “invest in basic research to try to find the solutions for tomorrow.” He says the solutions could be new technologies to improve ethanol and fossil fuels or “entirely new fuels.” More broadly, Flores adds that “when I look at long-term energy solutions, to me nuclear is the way to go, but that doesn’t solve the transportation fuel supply issues.”

House Energy Committee staffers share Flores’s hope that as 2022 moves closer, more stakeholders will see the value of reconciling their competing interests. One committee aide tells Agri-Pulse that “near term, we have the impasse that we’ve always had” over ethanol. But he says that under the threat of “what happens after 2022 when EPA has discretion to set the targets for the RFS,” the warring parties may decide that “they’d rather have Congress step in and actually provide some direction rather than just cross your fingers that EPA will do something that you can live with.”

The staffer sees added uncertainty because the White House position is in doubt. He notes that Trump has stated his support for the RFS and ethanol and yet has picked outspoken RFS critics Scott Pruitt and Rick Perry to head the EPA and the Department of Energy, respectively.

Given all the uncertainties, the aide says Congress is trying hard “to bring all the parties to the table.” He says it’s vital to start the post-2022 discussions now “because it’s one of those issues that will take that long if we ever do find some sort of a path forward.”

University of Illinois agricultural economist Scott Irwin writes that with ethanol export demand surging, “2016 represented the fourth consecutive year of positive ethanol production profits.” Pointing to “some storm clouds gathering for the ethanol industry,” he notes: “Ethanol prices and profits have declined sharply in recent weeks and there is a great deal of uncertainty about export prospects due to the potential for changing trade policies under the new Trump administration.”

But Irwin tells Agri-Pulse that “I believe E10 is safe . . . because the whole system is now set up for a 10 percent blend.” He says new technologies or shifts on “climate change politics” could trigger major changes. But he expects a continuing demand for ethanol as both the U.S. and export markets rely on it as a cheap source of the higher octane needed to fuel higher compression engines. With this demand building, he sees ethanol use continuing to grow even if Congress decides to revise its RFS volume mandates.