WASHINGTON, Mar. 8, 2017 - There’s a major new farm bill proposal on the table. The National Milk Producers Federation is recommending a series of changes to the Margin Protection Program to ensure dairy producers have a better shot at getting payments under the plan. Shoring up the program will be one of the major challenges lawmakers face in writing the new farm bill.

National Milk’s plan includes changing the way the cost of feed is calculated. Producers get payments under the program when the margin between milk prices and feed costs is smaller than the covered margin. Producers say the formula understates feed costs because of a 10-percent cut that Congress made before the 2014 farm bill was enacted.

The plan also would reduce premiums for buy-up coverage. Only 7 percent of farms enrolled in the program have elected to purchase coverage above the $4 margin level.

Another proposal would allow milk producers to start buying Livestock Gross Margin insurance policies even if they also participate in MPP.

No cost estimate for the proposals has been released. A spokesman for the group, Chris Galen, says National Milk wants to make sure the program “gets fixed in a way that makes it viable for farmers in the future, as opposed to trying to fit” the proposals within a spending limit.

The American Farm Bureau Federation estimates that reversing the 10-percent cut in MPP’s feed cost formula would have increased payments by $17 million in 2015 and $36 million in 2016. 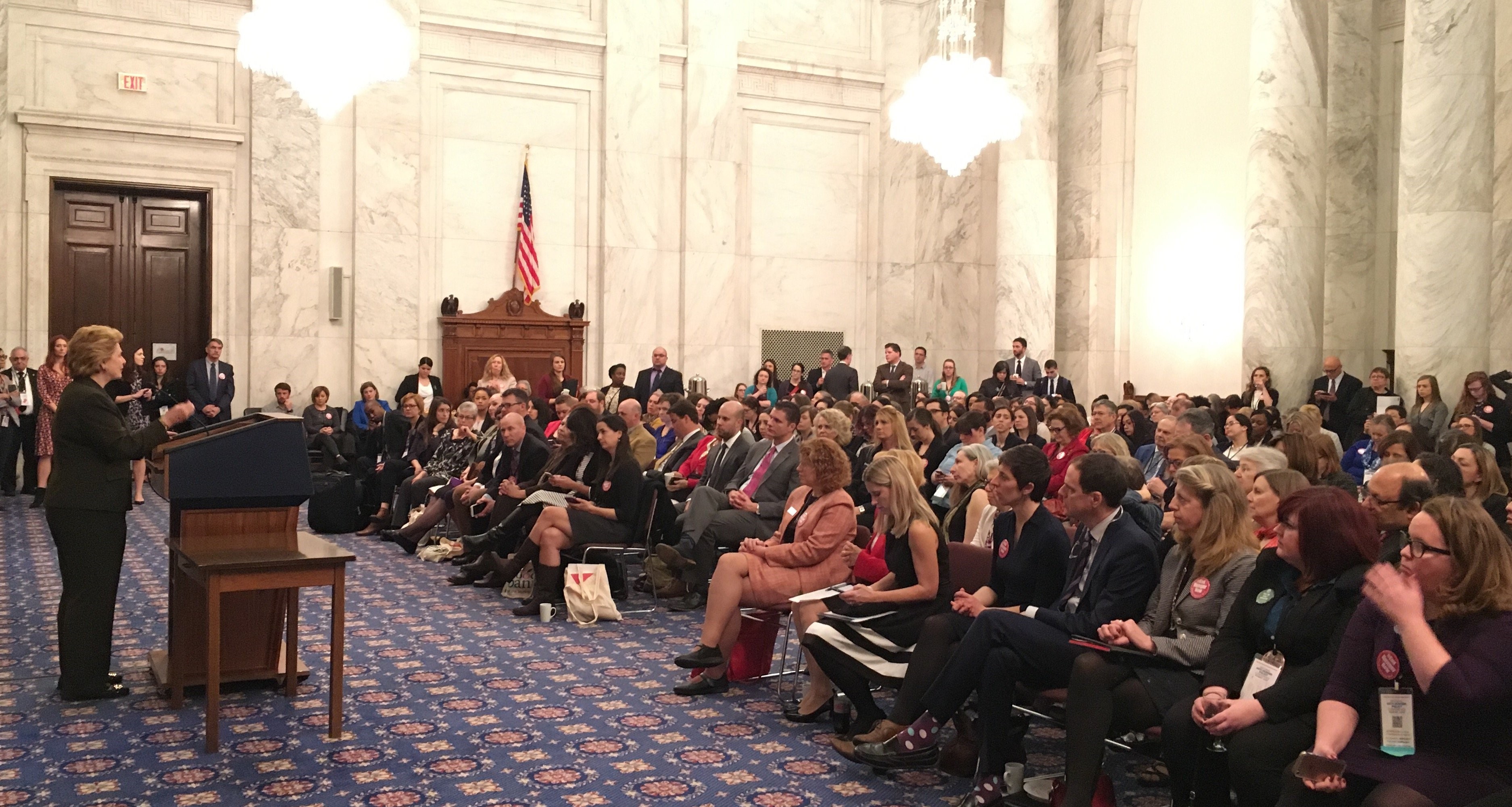 Keep the farm bill together, activists told. Leaders of the Senate Agriculture Committee told hundreds of anti-hunger advocates yesterday that it’s critical to keep nutrition programs in the farm bill. “We will not have a farm bill unless it’s a whole farm bill,” said the committee’s ranking Democrat, Debbie Stabenow of Michigan.

Committee Chairman Pat Roberts, R-Kan., got a standing ovation from the activists when he declared his opposition to giving states control of the Supplemental Nutrition Assistance Program. But Roberts also said that there will have to be some reforms in the program to ensure that the farm bill can get through Congress.

The activists got a different message from Massachusetts Rep. Jim McGovern, the ranking Democrat on the House Agriculture subcommittee that oversees nutrition policy. McGovern urged the activists to tell lawmakers to “keep your hands” off of SNAP. “You need to draw a line in the sand,” McGovern said.

The activists represented food banks and charity groups across the country that work with needy people.

Read more about nutrition assistance and the farm bill in this week’s Agri-Pulse newsletter, hitting inboxes this morning.

Roberts optimistic on Perdue approval. Roberts said yesterday that he expects to get the official paperwork soon on Sonny Perdue’s nomination as Agriculture secretary. That would allow Roberts to finally schedule a confirmation hearing. Sen. David Perdue, the nominee’s cousin, told Agri-Pulse he expects a hearing “very shortly.”

Congress rejects BLM planning change. The Senate has given final congressional approval to a measure killing the Obama administration’s overhaul of the way the Bureau of Land Management makes land-use decisions. The measure, which the Senate approved on a party-line, 51-48 vote yesterday, is now headed to the White House for President Trump’s signature.

Ranchers joined energy interests and others in opposing the rule, which is designed to provide broader public input into BLM management plans. Sen. Maria Cantwell, a Washington Democrat who supports the rule, argued that it ensures that the BLM has “21st century management policies in place.”

But Sen. Steve Daines, R-Mont, said the rule shifts control of BLM planning away from regional and field offices to BLM headquarters in Washington. “That’s the exact opposite direction that land management should be going and that’s why this rule must go,” he said.

The BLM rule is one of a series of regulations finalized in the final months of the Obama administration that Congress is systematically dismantling though the Congressional Review Act, a 1996 law that previously had been successfully used just once.

USDA: No link to China avian flu virus. USDA has a bit of good news on the strain of avian flu that was reported last weekend at a Tennessee poultry farm.

USDA lab tests shows that the H7N9 virus is genetically unrelated to the Chinese H7N9 virus that has affected poultry and infected humans in Asia. All eight gene segments in the Tennessee virus came from North American wild birds.

All of the chickens on the Tennessee farm have been killed and are being buried.

How should farm groups deal with Trump’s trade policies? National Council of Farmer Cooperatives President and CEO Chuck Conner admits that when it comes to trade “these are wild times in the Trump administration.” His says his organization’s strategy is to stay focused on the destination and ignore the journey.

“There will be times when we wonder - where are they (the Trump administration) going?” Conner said during a panel discussion hosted by the National Farmers Union in San Diego yesterday. However, he also pointed out that, “If you look at Trump’s official policy statement, he recognizes the importance of trade to our farm economy. And Trump also says he will do all he can to keep manufacturing jobs in America.

“You can’t really be against that,” Conner noted. “Our fear is that you can’t have both. But you can’t fault Trump for trying. We’ve all witnessed firsthand the impact of the loss of that manufacturing base in rural America.”

She said it. “Now is the moment to be loud.” - The ranking Democrat on the Senate Agriculture Committee, Debbie Stabenow, urging anti-hunger activists to defend food assistance programs in the farm bill.

Sara Wyant contributed to this report from San Diego.