Home » How to define ‘healthy’? Let us count the ways
News Politics Food

How to define ‘healthy’? Let us count the ways

WASHINGTON, Mar. 15, 2017 - Americans can be forgiven for being confused when they go to the grocery store. They confront dozens of choices in slick packaging with a variety of claims.

Manufacturers tout items as low in fat, sodium or sugar, devoid of gluten or not made with genetically modified organisms (GMOs). Products can be “natural” or “organic,” and, yes, they also can be “health.”

But what constitutes a healthy food? The answer continues to evolve. One thing for sure is that the concept of a healthy diet has changed considerably since FDA first tackled the question in the early 1990s and settled on nutrient-based criteria to evaluate claims.

But since the 2005-2010 Dietary Guidelines for Americans were released more than a decade ago, “Scientific understanding and nutrition guidance has shifted from recommending diets low in total fat to no longer recommending limiting overall fat intake,” FDA said in guidance issued in September on the use of “healthy.” 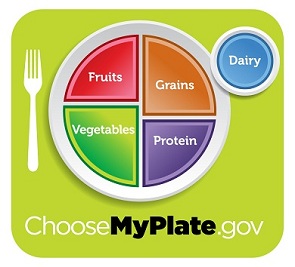 MyPlate symbol of the DGA

In September, the agency kicked off a public comment period, which ends April 26, on use of “healthy” in food labeling. As part of that process, FDA held an entire day of panel discussions and breakout sessions for about 225 dedicated foodies, health experts, regulators and others in Rockville, Maryland, last week.

FDA officials emphasized afterwards that they have made no decisions, but Douglas Balentine, director of the Office of Nutrition and Labeling in FDA’s Center for Food Safety and Applied Nutrition (CFSAN), told Agri-Pulse that participants’ views had coalesced around a couple of themes.

“Generally speaking,” he said attendees expressed the view that “redefining ‘healthy’ is a good thing and it would benefit consumers and public health.” In addition, “they felt that the combination of a nutrient-based set of criteria combined with a food group set of criteria would probably be the path forward.”

The use of food groups would align with the DGA released last year, which said a healthy eating pattern includes vegetables, fruits, grains (especially whole grains), and fat-free or low-fat dairy. Also included as part of the pattern: proteins including seafood, lean meats and poultry, eggs, legumes, and nuts, seeds, and soy products, and oils.

But finding consensus on how to allow individual food items to be labeled “healthy” is difficult. For example, Pepin Tuma, senior director for government and regulatory affairs at the Academy of Nutrition & Dietetics (AND), said his group’s members had not been able to reach agreement on the question.

“We haven’t made a final determination about what recommendations we’re going to make,” he told Agri-Pulse after the meeting, where he appeared on a panel offering stakeholder perspectives.

While a food-based definition, rather than one strictly based on nutrient content, “is probably the better way to go,” Tuma said that when you try to fashion the actual regulation, it becomes “exceedingly complex.”

Tuma commended FDA for holding the meeting and said his group would continue to meet with FDA and any other groups to discuss the matter. However, AND’s “tentative position” is that “there is not a revised definition of healthy that we’ve identified that consumers understand and industry can use.”

“Reading nutrition labels isn’t a skill everyone possesses,” Samantha Watters, director of communications and outreach at the National Center for Health Research, said at the meeting. “It’s not necessarily good enough to require nutritional content on a label. We feel it’s essential to clearly explain why and how the product is or is not healthy.” 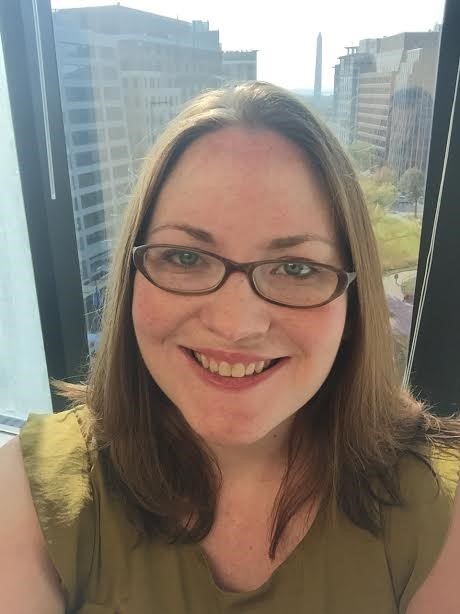 Watters also emphasized a point made by a number of attendees, that manufacturers should not be able to “fortify (their product) into a claim.”

“We don’t want something to be labeled healthy just because it’s low in fat and pumped full of vitamins,” she said.

The flip side of that argument, however, is that fortification can be useful for some products and nutrients – increasing the amount of Vitamin D in milk, for example, as General Mills senior fellow Kathy Wiemer mentioned in one of the breakout sessions.

The robust attendance and high level of interest in the topic reflects the power of labeling. Research shows that consumers are less likely to read the Nutrition Facts box on a package if there is a claim on the front, said Linda Verrill of CFSAN’s Office of Analytics and Outreach.

Other side benefits to making a claim include the “magic bullet” effect – when a consumer attributes inappropriate health benefits to a product – and the “halo” effect – when consumers think that the product has positive health qualities that aren’t related to the claim, such as when a consumer sees a low-fat claim and believes it will aid in cancer prevention, Verrill said.

“Consumers are confused by all the information that appears on food labels,” said Laurie Tansman, a clinical nutrition coordinator at Mount Sinai Hospital in New York. “Just how absurd is it to have gluten-free appearing on this carton of eggs?” she asked, pointing to a poster she brought to the meeting. “And what about this package of apple slices?” which brags that is has no added sugar and is gluten-free.

Lindsay Moyer, a senior nutritionist at the Center for Science in the Public Interest, pointed out that foods can be labeled “wholesome,” “nutritious,” “good,” or “nourishing,” and even claim to “support a healthy heart,” instead of simply using the term “healthy.” She said FDA should consider claims like those to be implied “healthy” claims.

On a related topic, OFW Law attorney Bruce Silverglade said that “a great deal of consumer education has to go into this effort to prevent . . . misconceptions” that organic, non-GMO or “natural” foods are healthier than those that do not receive those labels.