WASHINGTON, Mar. 17, 2017 - The Senate is finally starting to move on Sonny Perdue’s nomination to become agriculture secretary. Leaders of the Senate Agriculture Committee announced last night that they will hold Perdue’s confirmation hearing next Thursday.

The committee received the formal paperwork for the nomination late last week.

Trump sets spending priorities. President Trump has put his first budget proposals on the table, and it’s clear he’s serious about downsizing the government and cutting foreign aid. USDA would take the third largest cut of any department.

The question now is how hard Trump will fight for his priorities, and how much support he will get from conservatives in Congress.

Democrats and Republicans alike are saying that some of the proposals go too far. “I consider myself a defense hawk and even I consider some of the cuts a little drastic,” said Rep. Steve Stivers, R-Ohio.

Still, Trump’s proposals could make it harder for supporters of the targeted programs to protect them from cuts as Republicans search for ways to pay for Trump’s military buildup.

Rep. Tom Cole, a relatively moderate House Republican and a senior member of the House Appropriations Committee, says that foreign aid, including U.S. food assistance, could be vulnerable now. Cole says the proposed cuts are excessive but he says that protecting foreign aid is “politically a heavy lift. There’s no question about it.” 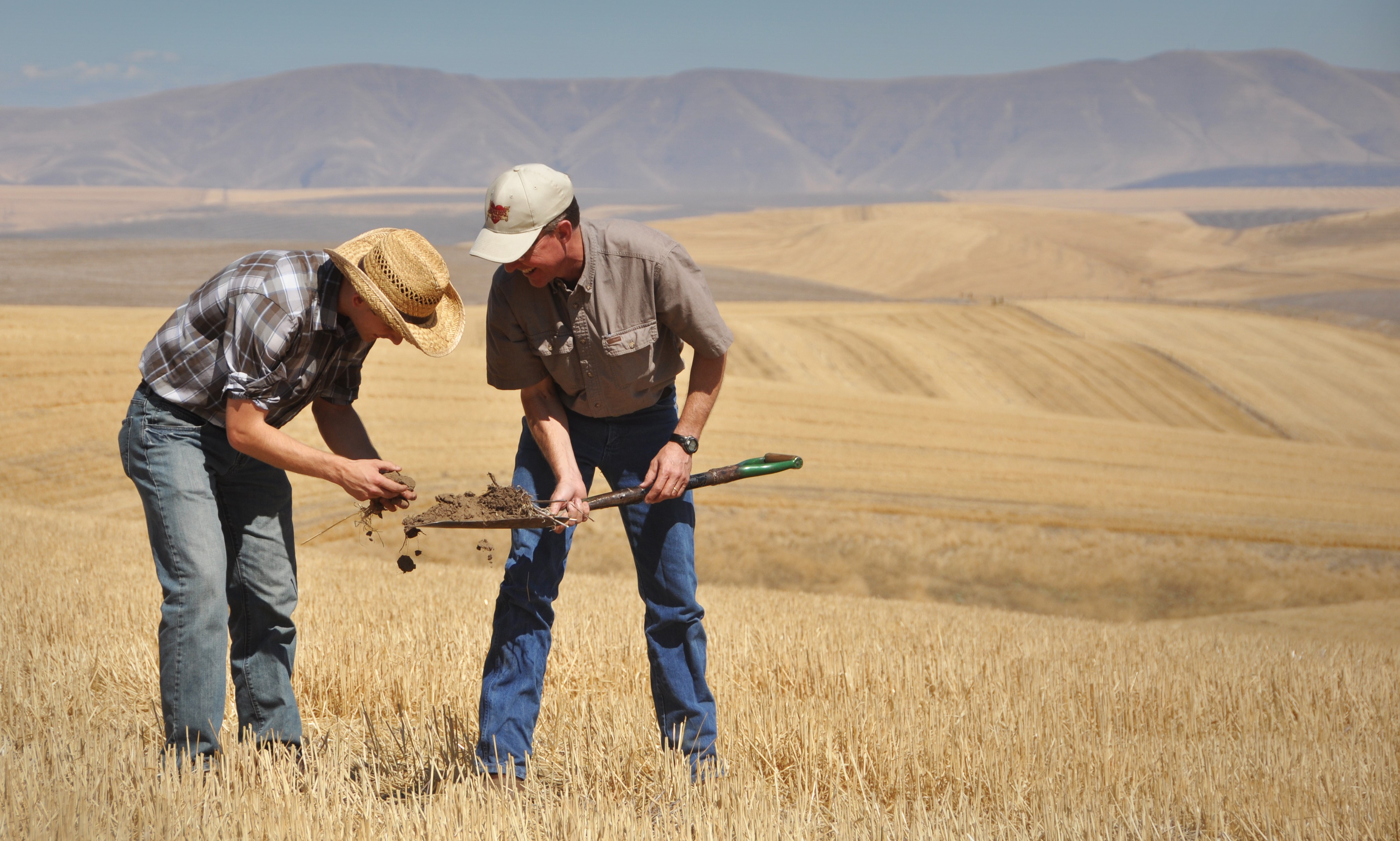 There are several key points from the budget plan:

First, these cuts only affect what’s called the “discretionary” side of the federal budget, programs where spending levels have not been mandated by laws such as the farm bill. Less than 20 percent of USDA’s budget is discretionary. Trump is expected to make proposals in May to cut mandatory programs. In USDA, mandatory programs include farm subsidies, crop insurance, conservation assistance, food stamps and school meals.

A second takeaway: The budget released yesterday could have been written in the offices of the Heritage Foundation, a conservative think tank that has been pushing to phase out farm programs and to downsize most other government functions other than defense and border security.

Romina Boccia, a budget policy specialist with Heritage, applauded the president’s proposals. Cuts to “discretionary spending are critical to reducing the size and scope of the government and enhancing individual and economic freedom,” she said.

A third point to remember: The dramatic size of these proposed reductions could increase pressure for cuts on the mandatory side of the budget. The cuts proposed yesterday demonstrate that it’s likely to take some reductions to mandatory spending to pay for the big increase in defense spending that is a priority for congressional Republicans as well as Trump.

The Nation’s capitol left in dark on key details. The budget rollout left people all over Capitol Hill scratching their heads and working their networks to figure out what’s in it.

It’s unusual for a budget proposal to provide so little detail. Agricultural research is one example. The budget would spare from cuts USDA’s Agriculture and Food Research Initiative, the competitive grant program that funds research at land-grant universities. However, that’s only a small portion of USDA’s research budget. The budget doesn’t say what happens to the rest of the research spending. Nor does the budget say how much USDA’s field offices should be reduced.

Roberts promises to protect McGovern-Dole. What is clear in the budget is that it would eliminate a smaller aid program, the $200 million-a-year McGovern-Dole international school feeding program, which is named for its creators, the late Sen. George McGovern and former Sen. Bob Dole.

Sources tell Agri-Pulse that Senate Agriculture Chairman Pat Roberts, R-Kan., has personally assured Dole that he will protect the program, which earned McGovern and Dole the 2008 World Food Prize.

Still, the proposed cuts to foreign assistance brought a sharp retort from Massachusetts Democrat Jim McGovern, a member of the House Agriculture Committee who isn’t related to the late senator.

Trump “has money to build more nuclear weapons, he has money to build a crazy wall along our southern border, and the way he’s going to pay for it is to literally take food out of the mouths of hungry children,” McGovern said.

House Agriculture Chairman Mike Conaway said he was concerned that he cuts could “hamper some vital work" at USDA.

GAO sees “gaps” in antibiotic management. The Government Accountability Office says that federal agencies aren’t doing all they can to prevent the development of antibiotic resistant bacteria in animal agriculture.

FDA has increased veterinary oversight of antibiotic usage and has forced drug companies to phase out the use of the drugs for growth promotion. But the GAO, which is the investigative arm of Congress, says that there are still holes in FDA’s regulations. For example, veterinary approval is required for adding antibiotics to feed or water but not for injections.

GAO says that USDA needs to work with CDC to decide when they should investigate farms during outbreaks of food borne illnesses that are linked to drug-resistant bacteria. The investigators also suggest improvements to an on-farm monitoring program that USDA is planning.

He said it. “The good news is this budget will be ignored, as it should be.” - Rep. Collin Peterson, ranking Democrat on the House Agriculture Committee.