WASHINGTON, May 31, 2017 - The results of the latest survey of U.S. beekeepers by the Bee Informed Partnership offer hope for the industry and for growers who depend on the tiny pollinators, but experts also caution not to read too much into the numbers.

That’s because the colony losses reported are still higher than desired and the survey, to which 4,963 beekeepers responded, only captures about 13 percent of the estimated 2.78 million honey bee colonies in the U.S., according to the partnership, a nonprofit that conducted the survey with the Apiary Inspectors of America.

The federal government’s Pollinator Health Strategy, released in 2015, has a goal of reducing colony losses to 15 percent, and the nonprofit Pollinator Stewardship Council says the “acceptable and ‘sustainable’ loss rate of bee colonies is 10-15 percent.” 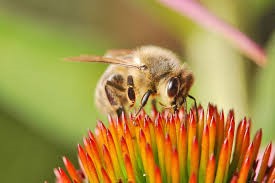 The council’s Michele Colopy said “the survey is representative of those who voluntarily submit their information” and that the numbers “must be understood based on the respondents: backyard beekeepers who live east of the Mississippi, and with only 1.4 percent of commercial beekeepers participating.” The council’s mission “is to defend managed and native pollinators vital to a sustainable and affordable food supply from the adverse impacts of pesticides.”

But Dick Rogers, the principal scientist and beekeeper for the Bayer Bee Care Program in North America, called the results “terrific news for everyone who cares about bee health. We are not out of the woods, but there is a reason for optimism, given the industry’s commitment to protect these vital pollinators.”

Bayer is a major manufacturer of neonicotinoid insecticides that coat corn and soybean seeds planted on millions of acres annually. Some studies have blamed neonics that exit the fields in dust during planting for harming and killing bees, but Bayer says that its products do not harm pollinators if used according to label directions. The company is working to reduce the generation and emission of seed treatment dust.

The decrease in colony losses stems from the lower level of varroa mites in colonies, according to the Bee Informed Partnership, a factor attributed to “increased vigilance on the part of beekeepers, a greater availability of mite control products and environmental conditions that favored the use of timely and effective mite control measures,” according to a news release from the University of Maryland. “For example, some mite control products contain essential oils that break down at high temperatures, but many parts of the country experienced relatively mild temperatures in the spring and early summer of 2016.”
“Beekeepers are pleased varroa mite levels have decreased per these survey results, but this also points out that this one pest is not the sole issue with honey bee health,” the Pollinator Stewardship Council said. “The ecosystem which honey bees sample daily includes exposure to pesticides, acutely toxic pesticides as well as sublethal effects of pesticides, pesticides drifting onto pollinator forage and water, and an overall lack of diverse pollinator forage due to weed eradication programs, climate change, development, and land use changes.”

Rogers, however, said that in general, exposure to pesticides is not a significant factor affecting bee health. Although there are “mistakes or misapplication” that can harm or kill bees, that does not happen often, he said. More important, he said, are varroa mites and a host of issues related to management of bee colonies.

In a blog post written before the BIP survey results were released, Rogers said that after last year’s high losses, he was “pleased to see the industry’s emphasis on monitoring and treatment. Efforts by the BIP, the Honey Bee Health Coalition, Bayer and university extension offices seem to be making real inroads in helping beekeepers better manage varroa.”

Rogers added, however, that beekeepers need to remain vigilant. “Many beekeepers drop their guard when bees are doing well,” he said in an interview. “I’m afraid that’s what’s going to happen here. The moment we get overconfident and drop our guard we’re back in the chaos of previous decades,” he said.

Bayer is conducting research to try to determine what conditions are essential for a healthy hive “and developing a very pragmatic system where beekeepers can identify when conditions are deficient and take actions to fix them,” Rogers said. The company also has a Feed a Bee initiative to encourage planting of forage for bees, as well as a Healthy Hives 2020 program that funds bee research.

“Pollinators, most often honey bees, are responsible for one in every three bites of food we take, and increase our nation’s crop values each year by more than $15 billion,” the government’s Pollinator Health Strategy said. The Pollinator Stewardship Council, citing a 2012 Cornell study, says honeybees and other pollinators contributed $29 billion to farm income in 2010.