WASHINGTON, August 30, 2017 - To help determine how to implement the GMO labeling law signed into law last year, USDA’s  Agricultural Marketing Service asked stakeholders to respond to 30 questions dealing with issues ranging from allowable thresholds for bioengineered substances to the specific labeling language that can be used by food manufacturers.

Now it has the answers, and there’s a lot for AMS to chew on before it proposes labeling regulations for the law, which is supposed to go into effect in July 2018 – only 10 months from now.

Some of the major players in the debate who weighed in by the Aug. 25 deadline cautioned USDA not to imply in any way, shape or form that bioengineered products are unsafe or unhealthy.

“USDA-AMS should reinforce the fact that the bioengineered food disclosure standard is a marketing standard, and not a health, safety, or nutrition standard,” the Coalition for Safe Affordable Food (CFSAF) said.

The Center for Science in the Public Interest, in a submission that did not focus on the 30 questions individually, argued that any information provided to consumers “should not suggest, directly or indirectly, that a food or an ingredient from a GE crop is in any way less safe or less nutritious than the same food or ingredient from a non-GE crop.” 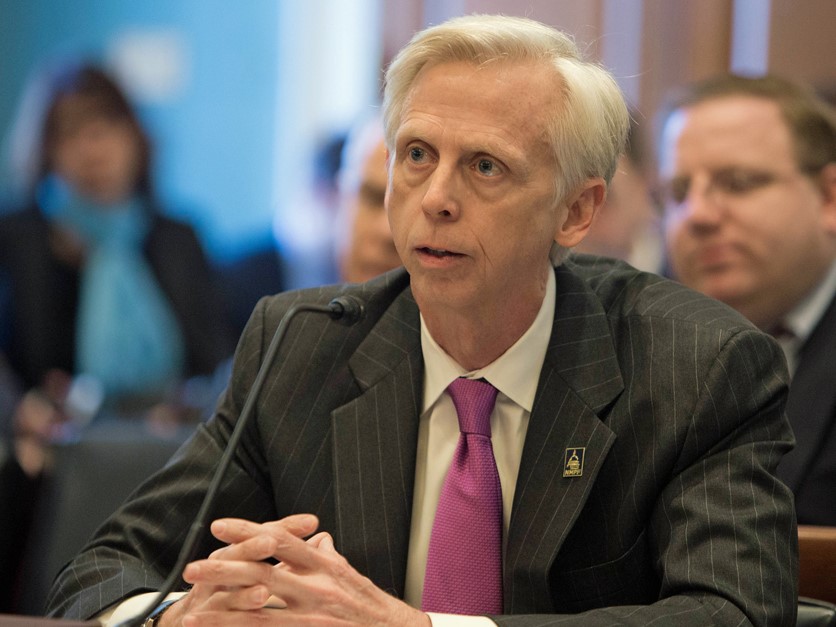 Jim Mulhern, CEO of the National Milk Producers Federation, was one of several submitting comments on bioengineered food.

“There is an international scientific consensus that ingredients from existing GE crops are safe to eat and nutritionally identical to their non-GE counterparts,” CSPI said. “That consensus was recently affirmed in a thorough study conducted by the National Academy of Sciences.”

On the hot-button issue of whether “highly refined products such as oils or sugars derived from bioengineered crops” should be subject to disclosure, the Grocery Manufacturers Association said yes, they should be.

“Our support for mandatory (highly refined ingredients) disclosure is grounded in our industry’s commitment to transparency and to building consumer trust in the use of bioengineered ingredients and foods,” GMA said in its comments.

“Roughly 90 percent of the U.S. corn, soybean and beet sugar crops are bioengineered,” GMA said in its news release. “As a result, a substantial number of food and beverage products contain refined ingredients that come from these products. Excluding refined ingredients would result in nearly 80 percent fewer products being disclosed.”

The Organic Trade Association (OTA) echoed that sentiment, saying AMS should “broadly interpret” the definition of “bioengineering” to include oils or sugars derived from bioengineered crops.

NMPF, however, pointed to a Senate report on the law, which said that only bioengineered food containing “genetic material modified through rDNA techniques” should be subject to disclosure. “If food does not . . . contain the type of genetically modified material just described, it would not qualify for mandatory disclosure,” NMPF said.

CSPI, using as an example a frozen pizza – which may have one or two minor ingredients derived from a genetically engineered crop – suggested a statement that it said Campbell Soup research has shown is “the most-neutral language that also reassured consumers about the safety of labeled foods.” That is, “The corn, soybean, and sugar in this product came from genetically modified crops. The FDA considers GM crops to be safe.”

The Center for Food Safety and dozens of other consumer and environmental groups – including Food & Water Watch and Friends of the Earth – argued for a broader standard that takes into account technological advancements in detection. The CFS coalition said the regulations should “ensure that any GE foods made with newer forms of genetic engineering – such as gene editing (e.g. CRISPR-Cas9) and gene silencing (e.g. RNA interference or RNAi) – are covered.”

“Americans reasonably expect that all foods produced through genetic engineering should be labeled, and the USDA regulations to come should meet those expectations, using the broad authority Congress granted the agency,” the CFS coalition said. AMS should require disclosure even for “highly refined sugars and oils and processed corn and soy ingredients,” whether the presence of GE ingredients is undetectable or not: “They are still GE foods.”

On the question of what amount of genetically engineered material should trigger disclosure, both BIO and NMPF said AMS should consider a 5 percent threshold, which they said would be consistent with National Organic Program regulations.

Organic products must contain at least 95 percent organic ingredients but there are no specific tolerance levels in the organic regulations for GMOs. In a memo issued last September, then-AMS administrator Elanor Starmer said AMS’ policy when proposing the labeling standards would be to treat certified organic products as not subject to disclosure as bioengineered.

OTA said AMS should recognize “‘non-GMO’ or other similar phrases as acceptable shorthand term for ‘not produced using genetic engineering/bioengineering.’”

GMA took a more nuanced approach to the threshold issue, saying that “when ingredients are derived from either a source for which there is no bioengineered version commercially available, or from a non-bioengineered or identity preserved source, they should not be subject to the disclosure even if there may be low levels of bioengineered material in the ingredient due to adventitious presence” – in other words, unintentionally.

But GMA also urged AMS to look to the organic standards, which they noted “do not set any upper limit as to the amount of permissible adventitious presence of bioengineered material.”

CSPI suggested language that “may be a little long, but . . . conveys accurate information to consumer.” To wit, “The sugar (or corn syrup or soybean oil) in this product came from genetically modified crops, but it is identical to the ingredient produced from non-modified crops.”

“USDA should make it clear that there is a global consensus that feeding bioengineered grain to an animal has no effect whatsoever on meat and milk products derived from that animal and that those products cannot be considered bioengineered,” NMPF said.

OTA, however, said the law specifies that products exempt from mandatory disclosure as bioengineered foods, “such as milk from cows fed genetically modified feed, do not qualify for a non-GMO claim. To do otherwise would be inconsistent” with USDA organic regulations and USDA Food Safety and Inspection Service (FSIS) policy “and would ultimately mislead consumers and create confusion in the marketplace.”

Options for labeling include text on a package, a symbol, or an electronic or digital link (QR code) disclosure. AMS has contracted for a study – due July 29 but not yet available – to look at how feasible it is for consumers to get the information digitally.

The Center for Food Safety sued USDA Aug. 28 over its failure to produce that report, saying that the delay in releasing and seeking public comment on the report will likely delay issuance of the final rule beyond next July.

A USDA spokesperson said it has received and is reviewing the study, prepared by Deloitte. “It will be posted on the AMS website as soon as the review is complete,” the spokesperson said.  “The study will assist in drafting the proposed rule for the National Bioengineered Food Disclosure Standard, which we anticipate will be open for public comment later this year.”