Ag tech startups urged to talk to the people who matter most: farmers

WASHINGTON, Oct. 11, 2017 - Early outreach to farmers and the development of business incubators dedicated to ag startups: Those were among the suggestions offered by entrepreneurs and their backers at a recent congressional hearing that looked at the potential for technology to transform agriculture.

But there also was a glimpse at the hearing of what the future might hold – a new technology that can degrade pesticides much more quickly than nature can.

AgroSpheres, a company started by University of Virginia students, has developed a “new class of engineered biological particles that help degrade residual pesticides on the surface of plants,” as described in Inventors Eye, a publication of the U.S. Patent and Trademark Office. Enzymes attached to the particles break up the pesticides, turning them into harmless waste products. 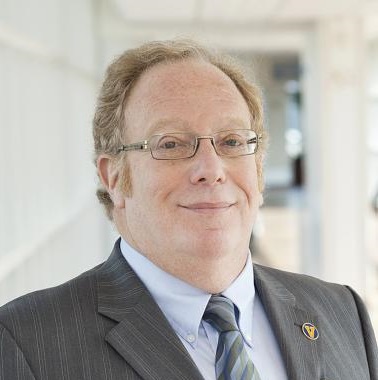 “What Mother Nature does in six to 10 weeks, we can do in two hours. Wow,” Mark Kester, a professor of pharmacology at the University of Virginia who advised the student inventors and is now AgroSpheres' chief scientific officer, told the House Small Business subcommittee on agriculture, energy and trade.

The student inventors said the first step was actually visiting with farmers – in their case, vineyard operators in Virginia.

“After reading some startling reports from the World Health Organization about pesticide contamination, we decided to reach out to farmers local to our base in Charlottesville to see how residual pesticide contamination was affecting (them),” lead nanotech engineer Sepehr Zomorodi said. “We did not approach them to pitch a product. We approached them to learn and understand the issues they faced during the harvesting process. “

“We worked with the farmers directly,” Kester said. “The problem for our solution was that they have to put pesticides on their plant and they can’t harvest that plant till the pesticides degrade.”

At the hearing, Kester said, "We're going to change the way agriculture embraces technology." Asked afterwards what he meant, he said, “We are going to partner with farmers early in the R&D process so that they will be excited when the final product comes out, versus the current practice of starting to sell when you have a final product.”

Kester said agriculture can benefit from business incubators that are tailored to its needs. AgroSpheres used the tools at a U-Va.'s own incubator, but Kester said, “We need them directly designed for ag.” Most incubators or business accelerators are geared toward software development, he said.

Another witness at the hearing said that precision agriculture is changing the way farmers do business, but not as quickly as one might think. Precision ag technology, “while designed to improve profits by providing savings in input costs and increases in yields, is very expensive,” said Joe Guthrie, a senior instructor in Virginia Tech’s Agricultural Technology Program. So far, precision ag “has been found to be only marginally helpful in improving profitability because of the high cost of the tech itself,” he said.

One company represented at the hearing is trying to take the guesswork out of technology adoption for farmers and help them make money at the same time. IN10T, based in Lenexa, Kan., helps farmers participate in – and get paid for – field trials they otherwise may not have known about.

“Since farmers are continually trying new things, we tell them, ‘The worst thing that can happen is that you get paid for a field trial; the best thing that could happen is that you rapidly grow your knowledge about your farm to drive profits and join a community of like-minded farmers,’ ” Kevin Heikes, cofounder and CEO of the company, told the subcommittee.

“The number-one question we receive from farmers is, ‘How well did ‘x’ work on my farm last year?’” Heikes said. “Thanks to advances in on-farm technology, data science, connectivity, and remote sensing, it is possible for a wide network of farmers to actively participate in finding answers to their questions, and get paid for meaningful research through farmer trials.” 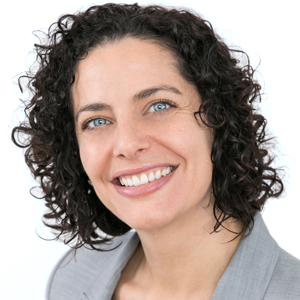 In the first year, the challenge received 95 applications. “Now, in its fourth year there were 471 applications submitted,” Benson said.

She said there has been a trend: “Entrepreneurs with agricultural technology businesses dominated the winners circle.” Answering a question from subcommittee Chairman Rod Blum, R-Iowa, about Silicon Valley’s interest in ag tech, Benson said that while there is interest, “They’re still trying to figure out how to adjust to the different horizons that ag investments have. People that are used to quick turnarounds with software, able to get in and out within three years and have a 10 percent return – you don’t see those kinds of returns with a business investment.”

AgroSpheres has been able to raise money during research and development by winning numerous competitions, and now has a sponsored research agreement with “a mid-sized ag company,” Kester said. In August, it announced it had raised $750,000 in seed financing “from local and international angel investors.”

“We are still heavily in the R and D phase,” Zomorodi said, but added, “We foresee a commercial product within the next few years. Our cutting-edge technology is one of a kind in the agriculture space, so we believe it will take some time to set the precedent for the regulations of our first product.”

Vineyards won’t be the only beneficiaries of the technology if AgroSpheres develops as it hopes. “Our technology is a spray-based product that can be applied on essentially all agricultural crops in the same manner as traditional pesticides,” Zomorodi said. "We are currently transitioning to develop our platform technology to more effectively deliver pesticides to their intended target while reducing the problems of pesticide drift and off-target exposure. This pesticide delivery technology can help boost agricultural productivity while significantly reducing the ecotoxicity of agrochemicals.”