Policymakers and opinion leaders might want to think about farms and ranches as part of the infrastructure on which the modern economy depends, American Farmland Trust (AFT) President and CEO John Piotti told a Farm Foundation forum in Washington last week.

“We don’t normally think about farms in the same way we consider highways, bridges and the like, but there’s sound logic” in approaching agriculture that way, he said. It meets the dictionary definition of infrastructure – “the basic physical and organizational structures and facilities . . . needed for the operation of a society or enterprise.”

Although government agencies have funded programs to encourage soil and water conservation practices at least since the “dust bowl,” Farm Foundation President Constance Cullman suggested the need to explore private initiatives that might better leverage those public programs to make greater progress toward conservation goals. 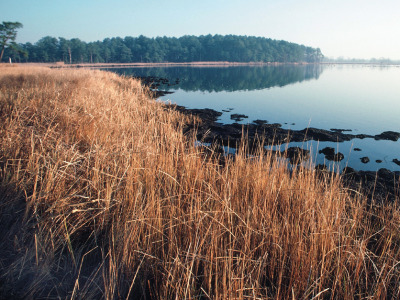 paradigms for agricultural conservation have evolved from the devastation of the Great Plains in the 1930s, leading to federal conservation, acreage reduction and price support programs.

A second phase was “fence row to fence row” production in response to high commodity prices and federal payments beginning in the 1970s, leading to soil erosion and water quality problems. The subsequent arrival of high yields and relatively higher prices has led to nutrient losses, he said, and the arrival of working lands conservation programs.

The new paradigm for agricultural conservation, he said, has pegged eligibility for farm support to compliance with conservation. It’s also created a dilemma for producers who face depressed prices and increasing need for conservation spending. “How do you squeeze that in?” Coppess asked. “How do you tell the farmer to add more expenses?”

He and other speakers agreed that absentee ownership of farmland often makes it difficult to get investment in conservation practices. Piotti described an AFT effort that focuses on non-operating landowners, “primarily on women because they are an important factor.” The program educates women owners about a variety of options for conservation on their property, he said. “We have seen 70 percent of the women who have gone through this have adopted at least one practice.” Citing the need for better data and information, he said AFT is “poised to go out with a national survey of non-operating landowners.”

“Some of that (conservation) investment benefits farmers but it may take multiple years of investment to get benefits,” said Josette Lewis, associate vice president for ecosystems and sustainable agriculture at the Environmental Defense Fund. She said she is “encouraged to see some indications from the private sector that they are interested,” especially in low-cost practices on farms. “We are seeing increased private investment,” she added, notably in soil health campaigns.

Laura Peterson, head of federal government relations for Syngenta, said conservation is enhanced by breeding more efficient crops. “We invest a lot in research and development, often for returns that are five or 10 years out.”

Piotti asserted that farmland protection – AFT’s principal focus – itself is important for conservation. “Increasingly, the best programs recognize that protecting farmland with conservation easements serves multiple goals,” he said. “The owners extract some equity, freeing up capital for other uses. If a farmer is doing well, it has direct impact on conservation practices. Farmers want to do right by the land and will do so whenever they can afford to do so. Farmland protection is a tool to advance viability.”

Asked what can be done without additional federal funding, Piotti described a California example that identified $40 million in state funding for farmland protection for purpose of reducing greenhouse gas emissions. “It demonstrates the potential for untapped funding sources,” he said. “It is critically important that we find new ways of thinking about how we might better fund conservation work.” He urged a focus on getting “folks outside of standard conservation funding mechanisms aware of them.”