At some point in the next eight days, we’ll have a better idea of EPA Administrator Scott Pruitt’s plans for the future of the Renewable Fuel Standard.

The path leading up to this point has had more twists and turns than the tangled hose on an old gas pump. First, Pruitt was able to get support for his confirmation after he pledged to honor the intent of Congress when administering the Renewable Fuel Standard. Then, EPA in July rolled out a set of Renewable Volume Obligations (RVOs) that had mixed reactions in the industry, only to have the agency take action to potentially lower the RVOs even further this fall. That caused an uproar on Capitol Hill that appears to have been quieted after Pruitt sent a letter to lawmakers pledging to set RVOs “at amounts that are equal to or greater than the proposed amounts.”

But the very reason that letter was written could also lead many to wonder if Pruitt’s assurances can be comfortably etched in stone. Sen. Joni Ernst, R-Iowa, asked Pruitt to put his renewable fuels policy assurances in writing after she and other senators said he was going back on assurances offered in private. So before she agreed to back an EPA nominee in a committee vote that would have failed without her support, she wanted assurances in public.

Now, biofuels supporters seem comfortable that the RVOs will be an improvement from the figures rolled out in July. 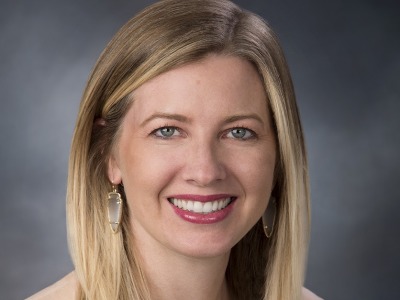 “I am confident that it will be better than what was proposed in July,” Growth Energy CEO Emily Skor told Agri-Pulse. She and others are confident President Donald Trump is supportive of the RFS, and are focused on “making sure that the people working for the president understand what that means.”

The July proposal and October letter were both signals of Pruitt’s plans for the RFS, but the release of the renewable volume obligations, or RVOs – required to be released by the end of November – is the first true test of where he stands on the RFS. There’s almost no concern that EPA will miss the statutory Nov. 30 deadline; Pruitt, well known for being a letter-of-the-law conservative, has never wavered on that part of the deal.

“This is an issue that has just taken a lot of different turns and twists and so forth,” Rob Larew, senior vice president of public policy and communications at the National Farmers Union, told Agri-Pulse. “I guess 'we are cautiously optimistic' is maybe the best way I can say it at this point.”

So if the groups are confident the RVO rollout will come out by the statutory deadline and are optimistic that they’ll like what they see, what exactly are they hoping for? The July proposal maintained the 15-billion-gallon conventional ethanol allowance, but there was consternation over suggestions for biodiesel and cellulosic biofuels.

The National Biodiesel Board is on record as saying the RVO should show an increase from the proposed 2.1 billion gallons for 2019, which would be up from the 2018 RVO proposed in 2016 (RVOs are set for the following year in all categories except biomass-based diesel, which is set two years in advance). 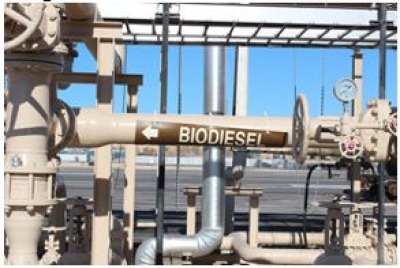 “It’s absolutely ridiculous and unacceptable to look at levels plateauing or leveling off or even going down,” Greg Anderson, a member of NBB’s governing board, told Agri-Pulse. “We have the production capacity in the United States to serve billions of gallons actually more than we’re producing right now.”

NBB argues it has the production capacity to satisfy an RVO well above 2.5 billion gallons, because the industry exceeded that volume in 2016.

The cellulosic biofuels RVO took perhaps the biggest hit in the July proposal, when EPA suggested a 238-million-gallon blending level that was actually 73 million gallons less than what was finalized in the year before. Records show the proposal sent to the White House Office of Management and Budget earlier this year actually suggested an increase from the 2017 RVO, but the July proposal ultimately angered the industry by suggesting a substantial reduction.

Robert White, vice president of industry relations for the Renewable Fuels Association, made reference to the cellulosic biofuel plant for sale near Nevada, Iowa, as a reason the cellulosic figure should be increased. Yes, the original owner has put the facility up for sale, but interested purchasers “need those numbers to drive investment.”

“There are plenty of suitors that are interested, but they also have to see some sign from Washington that there will be a home for that product and a value on that product, and that’s why the RVOs remain so important each year,” White said.

The actual production capacity is a bit of a question mark due to the largely proprietary data needed to produce a total number. But many in the advanced biofuels space feel EPA had the right idea when the agency initially suggested about 384 million gallons.

Like RVOs before it, the devil will almost certainly be in the details. The next eight days is key to determining whether or not a group of Midwestern senators can hold up Pruitt’s letter as a trophy of their influence or an additional piece of evidence the next time Pruitt is called to Capitol Hill.