WTO meeting is battleground for US and Brazil

A lot of the action going down now at the 11th World Trade Organization Ministerial in Argentina is likely happening on the sidelines as the U.S. and Brazil hash out new and old disputes over ethanol and wheat that continue to frustrate the American ag sector.

Jason Hafemeister, associate administrator of USDA's Foreign Agricultural Service, is leading the department's delegation to the four-day meeting of 164 WTO member countries in Buenos Aires, and he sat down to talk to Agri-Pulse before he left.

Beyond the primary U.S. push to steer the WTO away from trade rules that favor developing nations, which will take center stage at the talks, U.S. negotiators will again be going head to head with Brazil (another developing nation) over its policies on ethanol and wheat trade.

The latest provocation came in August when Brazil slapped a 20 percent tariff on U.S. ethanol imports exceeding a 600-million liter tariff rate quota (TRQ). At the same time, Brazil has failed to make good on a promise to buy more U.S. wheat for more than 20 years. The U.S. grain and biofuel sectors are pushing hard for the Trump administration to resolve these disputes.

The U.S. needs to “immediately engage their Brazilian counterparts on the future of our relationships with regard to biofuels,” Growth Energy, the Renewable Fuels Association, and the U.S. Grains Council demanded in reaction to the tariff, which has already effectively cut U.S. exports.

That’s why the tariff was front and center on the agenda when Hafemeister, together with USDA Undersecretary for Trade and Foreign Agricultural Affairs Ted McKinney, traveled to Brazil last month and met with their counterparts.

“They gave us a hearing and we’re going to follow up with them and encourage them to do the right thing,” Hafemeister said.

“We are grateful for Secretary McKinney’s commitment to working to remove Brazil’s tariff on U.S. ethanol imports,” Growth Energy CEO Emily Skor told Agri-Pulse. “This trade barrier threatens over $750 million in U.S. exports and American jobs, and we continue to urge the U.S. government to take measures that will maintain this vital market and repair the long-standing trade relationship both countries have benefited from in recent years.”

Growth Energy, the Renewable Fuels Association, and the U.S. Grains Council asked the Trump administration to “consider all avenues to encourage Brazil to either revoke the TRQ or substantially increase the tariff-free quota level to better reflect the current ethanol market and trade realities.”

Those avenues are limited, however, Hafemeister said.

“Brazil is allowed under WTO rules to apply a tariff on ethanol. When they applied this tariff, they were staying within their allowed limit. We don’t have a WTO violation to complain against," he said. 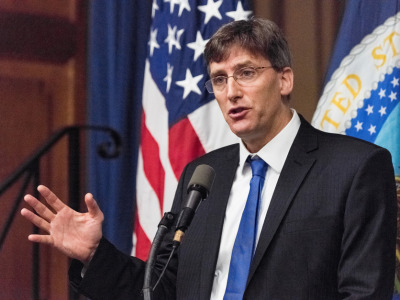 The U.S. may not have the upper hand with ethanol, but Hafemeister said that’s not the case with wheat.

About 23 years ago, Brazil agreed to import 750,000 metric tons of wheat with no tariff from countries outside the MERCOSUR trade block that includes Argentina, Paraguay and Uruguay. That would primarily benefit the U.S. and Canada, allowing exporters in those countries to have access to at least some of the Brazilian market.

The problem is that Brazil has never implemented the TRQ, and in times like this year, Brazilian millers have to pay a 10 percent tariff on purchases from the U.S., significantly reducing U.S. exports.

“Instead they sometimes raise the tariff, sometimes lower the tariff and sometimes we’re able to export to Brazil,” Hafemeister said. “Sometimes even more than the 750,000 tons when they need it. But when they don’t want imports, then we can’t get into the market. So we’re telling Brazil they need to regularize this access to provide us assured availability to sell there.”

Brazilian millers officially requested that the government take down the 10 percent tariff on U.S. wheat this year, but were rejected, according to the U.S. Wheat Associates (USW).

“USW maintains a strong relationship with Brazil’s millers and appreciates the opportunity to compete on a level playing field when possible,” a spokesman for the group said. “USW also supports the USTR’s commitment to continue engaging Brazil on the issue. Resolution of the outstanding TRQ issue could prove to be a win-win scenario for U.S. wheat producers and their Brazilian customers. The long-outstanding Brazilian wheat TRQ is a prime example that for markets to work we must have the right policies in place and we must collaborate with our customers around the world to influence those policies.”