The USDA is expecting strong support from farmers, elevators and exporters in an urgent mission to reduce the amount of unwanted material like weed seeds in the U.S. soybean supply, USDA Under Secretary for Marketing and Regulatory Services Greg Ibach tells Agri-Pulse.

The Chinese are demanding increased purity for the billions of dollars of soybeans they buy from the U.S. every year, and that means industry here will have to cooperate in order to ensure U.S. exports to China don’t suffer.

China wants the percentage of foreign material in U.S. shipments to be cut in half to a maximum of just 1 percent. That’s going to require a widespread and coordinated effort throughout the U.S. supply chain, but Ibach says he’s confident it can be done.

“Along every step of that soybean export chain we’re going to be working to make sure that we’re meeting the expectations of customers not only in China, but delivering a quality product worldwide,” Ibach said in an interview in Anaheim, Calif., on the sidelines of the annual Commodity Classic conference.

China bought $12.3 billion worth of soybeans from the U.S. last year, making it the biggest and most valuable foreign customer by far for American farmers. A quarter of all the U.S. soybeans harvested every year are shipped to China.

But China is in the process of overhauling and tightening restrictions on most food and agricultural commodity imports, including grains and oilseeds.

The U.S. first became aware of a host of new Chinese requirements on soybean imports when the country’s General Administration of Quality Supervision, Inspection and Quarantine (AQSIQ) unveiled “Decree 177” on July 1, 2016. But a year later, when the decree was scheduled to be implemented, the Chinese were still complaining to USDA officials that import inspectors were finding too much foreign material, or dockage, 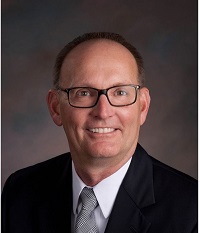 Following negotiations, USDA in December announced that it had a deal with China in which the country pledged not to reject U.S. soybean shipments even if they contained more than the 1 percent of unwanted foreign material, so long as the shipments were certified as exceeding the limit.

In the meantime, USDA would begin working with the soybean sector to adopt what USDA calls a “systems approach” to reducing foreign material in U.S. supplies.

“So far we’ve been highly encouraged by the response we’ve gotten,” Ibach said. “We’re working together with the industry to help them find solutions that we can help the industry implement. I think we’re going to see widespread adoption of this systems approach.”

US exporters on the offensive to maintain, build market share
Chinese demand for ag imports to remain strong for years to come

On the farm level, Ibach said producers are being urged to rotate crops and use a wider variety of herbicides to address tolerant weeds and keep their crops cleaner. Elevators are being urged to better scrutinize the quality of the incoming soybeans and separate loads that would not meet the new Chinese demands.

American Soybean Association Chairman Ron Moore said some of the recommendations are “pretty much what we've been doing for the last decade or two decades in production practices. So, I'm very confident that we can continue to make those improvements.

“If we’re not able to do that, shame on us,” Moore added. “We want to provide the marketplace with the highest quality soybeans and soybean products that we can.”

None of these changes are mandatory, and Ibach stressed that USDA believes that the market – together with guidance from USDA – will address China’s demands.

In some cases, he said, none of that will work. He said he expects the majority of soybeans bound for overseas this year will meet the Chinese standards, but not all of them. The soybeans that cannot comply may have to be somehow reserved for domestic consumption.

“We know that regionally there is more pressure from tolerant weeds in some regions of the United States than there are in others,” Ibach told Agri-Pulse Tuesday. “We also have U.S. demands for soybeans for feed or products and maybe with a little bit of targeted marketing and targeted channeling, we can make sure that what’s going to (China) is matched up with the high-quality expectations.”

USDA efforts aren’t stopping with soybeans, he said. While much of the recent trade friction has been centered on soybeans, the country has also expressed concerns about other commodities.

“Soybeans are our focus this year, but we also know that they have the same concerns with other crops they’re receiving from the U.S.,” Ibach said. “We’re also reaching out and talking to corn, wheat (and) sorghum to pay attention to what we’re doing with soybeans with the systems approach … Hopefully while we’re making great strides with soybeans, we’re also seeing improvements in our other crops as well.”

China will evaluate the program’s effectiveness by the end of this year to decide if the systems approach has been successful.