China is determined to grow more self-sufficient, but the country is also widely expected to remain a growing importer of meat and grains for years to come as the Chinese economy and demand grows, outstripping production capacity, according to economists and new government forecasts.

China’s imports of U.S. agricultural commodities broke records in 2020, and the country may buy even more this year as U.S. farmers and shippers strain to meet the seemingly inexhaustible Chinese demand.

China has been buying so much U.S. soybeans, corn and wheat over the last three months, that the U.S. likely could not handle much more, says Gregg Doud, former chief agricultural negotiator for the Office of the U.S. Trade Representative during the Trump administration and now chief economist for Aimpoint Research.

“We’ve been completely maxed out in what we’re doing now,” he said. “We have really maxed out on our infrastructure in the last few months in what we can sell to China — or to anyone else for that matter.”

U.S. agricultural exports to China suffered greatly at the height of trade wars in 2018 and 2019 as both countries levied tariffs on each other and Chinese buyers sought alternative sources, but 2020 marked a major recovery after the countries reached a detente early in the year.

Now, after disruptions from the COVID-19 pandemic, the outlook for trade is one of increased business over the next decade. A loss of share in the Chinese market — one reminder of the trade war — will continue to linger, but U.S. farmers are still exporting record amounts.

“We are selling into a growing market and so even though we did bounce back last year, we lost a lot of share because a lot of people were selling more than us,” said Jason Hafemeister, USDA's acting deputy trade undersecretary. “We may not care about share, per se. We care about sales, but this is an important indicator of our competitiveness and market opportunity.”

Nevertheless, new rosy forecasts show the U.S. will have plenty of opportunity to gain back market share in China in the years to come.

“The big point here is that it’s a big market that is having steep growth and there’s potential for continued significant growth in U.S. exports,” Hafemeister said.

The primary reason China is seen as such a big market with expanding demand growth over the next decade is its economy. Even with the COVID-19-related recession, the country is expected to register 1.5% growth in its gross domestic product in 2020. And now, USDA’s economists are predicting 7.1% growth this year before it drops back down to about 5% for the next several years.

“The (Chinese) government would like to double the size of its middle class in 15 years,” said David Dollar, a senior fellow with the Brookings Institution. “There will be an additional 200 million people living in urban areas over the next 15 years so they still have a period of dynamism where they’ll be growing rapidly … In this growth environment, it’s quite natural that agricultural imports have been growing. Even though the virus provided a little bit of a disruption at the beginning of 2020, it’s actually quite striking how steady the growth of their agricultural imports are. That’s been a persistent trend and it’s likely to continue. China will be a large and growing agricultural importer.”

That much is clear from the new long-term forecast released by USDA this month. China will import 103.9 million metric tons of soybeans in the 2020-21 marketing year, and that is expected to rise sharply over the next 10 years to 140.5 million tons in 2030-31.

African Swine Fever: Staggering losses with impacts for years to come
US sorghum exports to China continue to decline, but remain strong

While U.S. farmers are expected to supply some of that increase, much more of it — about 70% of the increase — will come from Brazil, according to USDA economists.

Much of the increased demand for soybeans will come from China’s growing swine herd. The country lost about 40% of its pigs to African swine fever and is rapidly rebuilding the herd. As it does so, the country is moving away from the old way of pork production and converting to large-scale, western style confinement systems that depend far more on manufactured feed instead of swill.

That, says Doud, will help keep demand for soybean and corn imports higher in the years to come.

And pork imports will continue to grow even after China has fully recovered from ASF, say economists like Sharon Sydow, a senior official at USDA’s Office of the Chief Economist.

“Pork production in China will recover, but there are some constraints to how much it can increase,” she said.

China has the demand and the will, but not the resources to be self-sufficient or even close to it. 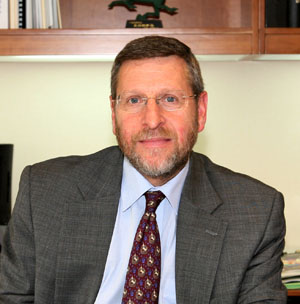 China’s pork imports have risen sharply over the past couple of years as the country replaced the production it lost due to ASF, but USDA is forecasting those imports to continue rising even after recovery is completed. China imported about 9 million metric tons of pork in 2020, and even though a small dip in purchases is expected this year, imports are expected to rise to about 11 million tons by 2030.

“China is projected to remain the world’s largest meat importer despite reports of the swine herd’s rapid recovery in 2020,” the USDA says in its long-term outlook forecast. “An influx of industrialized livestock farms in China may encounter challenges such as high costs for feed, scarcity of labor and land, costs of manure collection and treatment, needs for production credit, continued disease pressures, and a new ban on antibiotics in animal feed.”