A battle is brewing over a proposed expansion of the Conservation Reserve Program as the House Agriculture Committee prepares to move its version of a new farm bill.

The committee’s ranking Democrat, Collin Peterson of Minnesota, told Agri-Pulse last month that the draft legislation would increase the limit on CRP enrollments from 24 million to 30 million acres, paid for in part by a new cap on payment rates.

That cap, which would be set at 80 percent of local land rental rates, won’t fully offset the estimated $3 billion cost of a 6-million-acre expansion in the program.

“We’re going to get 30 million acres… through reforms,” Peterson said. The CRP payment cap was included in President Trump’s fiscal 2019 budget at his suggestion, he said.

But sources say that some wildlife groups who have been pushing for an increase in CRP are nervous that the combination of spending offsets that are likely to be in the bill, including a sharp reduction in cost-share assistance for establishing conservation practices, will make the program so unattractive to prospective applicants that the 30-million-acre goal will never be achieved. The cuts also could discourage practices that benefit water quality, improve pollinator habitat and address other needs, critics say.

“We understand there will be some changes needed to increase the (acreage) cap but we’re concerned about stacking all those changes and what that would do. There’s a balance that needs to be reached,” said a source with one conservation group that is tracking the bill.

Another conservation source said, “Nobody’s against this proposal, at least from what I’ve heard, they’re just cautiously skeptical.”

The 2014 farm bill gradually reduced the CRP cap from 32 million acres to 24 million acres to help pay for shoring up other conservation priorities. Lawmakers’ thinking at the time, when commodity prices were significantly higher than they are now, was that the program was already shrinking anyway because landowners didn’t want to keep acreage idled in CRP when it could be returning more money from crops. At the time the bill passed, CRP enrollment had already fallen to 26 million acres.

Wildlife groups say the reduction has eliminated critical habitat across the upper Midwest and other regions. Since a peak in enrollment at 36.7 million acres in 2007, the number of pheasant hunters in 14 key states dropped from more than 1.2 million to well under a million, according to Pheasants Forever, an advocacy group. As of last September, 23.4 million acres were enrolled in CRP.

Officials with Pheasants Forever say that demand during the last CRP signup that USDA held, from December 2015 to February 2016, showed that landowners are eager to enroll acreage: Only 18 percent of the applications and 22 percent of the acreage offered by landowners were accepted by USDA.

But increasing CRP acreage is costly. According to a summary of options obtained by Agri-Pulse, gradually expanding CRP to 30 million acres by fiscal 2023 would cost $997 million over 10 years - even with the offsets, which would include setting the 80-percent payment rate cap; lowering cost-share assistance from 50 percent to 40 percent, capping cover establishment assistance at 25 percent; and eliminating signup and performance incentive payments (SIPs and PIPs) for continuous signup practices.

A 28-million acre cap with similar offsets would save taxpayers $228 million over 10 years, according to the summary.

Wildlife groups should be having qualms about the changes to CRP, said Greg Fogel, policy director for the National Sustainable Agriculture Coalition. "The elimination of SIPs and PIPs would be bad for wildlife, and very bad for water quality also. Similarly, I'd imagine that reducing cost-share for continuous practices would cause a great deal of angst among the wildlife groups. It certainly does among the water quality groups. There's a significant risk here of undermining the continuous sign up and the very significant wildlife and water quality benefits that it produces."

The House Agriculture Committee, which has yet to release its draft bill, is expected to debate the legislation the week of March 19, but that timing could slip if Chairman Mike Conaway, R-Texas, isn’t ready to move the legislation. One of his major challenges is making sure that he has enough Democratic support to pass the House, and he has made clear that he doesn’t want the bill to sit around for an extended period before the floor debate. 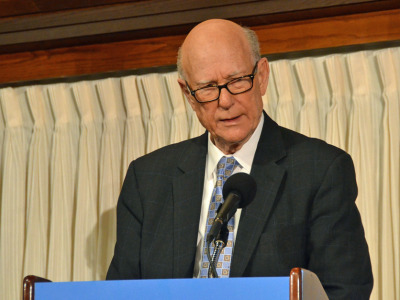 The Senate Agriculture Committee is farther behind in developing its bill. Chairman Pat Roberts is meeting individually with GOP members this month and hasn’t indicated when he will be ready to take up the measure.

Grain companies continue to resist a significant expansion in acreage set-asides and farm communities also worry about losing the crop production. “There’s a lot of support for increasing that (the CRP acreage cap), and there’s some pushback,” said Roberts, R-Kan. “We’ve got to work out what’s appropriate, plus it’s very expensive.”

There also are divisions on his committee. Sen. John Thune, R-S.D., last year introduced legislation to increase the CRP limit to 30 million acres. His bill also would permit haying and grazing on CRP lands at lower payment rates, in exchange for a 25 percent reduction on grazed CRP acres. But Sen. Joni Ernst, R-Iowa, is expected to introduce legislation soon that sources say would maintain the 24-million acre cap while also imposing the limit on payment rates.

The payment rates have come under particular criticism in areas of Iowa where landowners could make as much or more money from enrolling land in CRP than they could from production of corn and soybeans. The Farm Service Agency capped payment rates for continuous signup acreage in 2016.

An analysis by Agri-Pulse last year identified counties in southern Iowa where CRP payment rates had risen sharply while land rents had fallen. In one county, the average CRP payment had risen to $164 an acre in 2016, while the average rent for lower quality corn and soybean acreage had fallen to $154 an acre.