Federal regulation of agricultural biotechnology needs to be based on risk and not on process, a wide range of scientists and food industry executives agreed at the Agri-Pulse Ag and Food Policy Summit. Coincidentally, a similar message was delivered a day later by a Council on Agricultural Science and Technology (CAST) task force.

“Scientists have been screaming that for 30 years,” said Alison Van Eenennaam, a cooperative extension specialist in animal genomics and biotechnology at the University of California-Davis. “That’s where regulation should be.”

But it's not that clear-cut. For now, all of the gene-edited plant products that USDA's APHIS has reviewed thus far under its “Am I Regulated” process have received “no” answers. It's a much different story for gene-edited animal products.

The Food and Drug Administration (FDA) defines all intentionally altered genomic DNA as a new animal drug, irrespective of how or why they were changed. For example, firms that use gene editing to develop pigs with PRRS resistance, would have to go through FDA’s process for evaluating a drug.

Land grant university research has shown the feasibility of breeding cows that resist mastitis, a costly disease in the dairy industry, and pigs that can resist several common porcine diseases, Van Eenennaam said at last week’s Agri-Pulse event. “A company is interested in taking (the pig) to market if it can get approval,” she added. 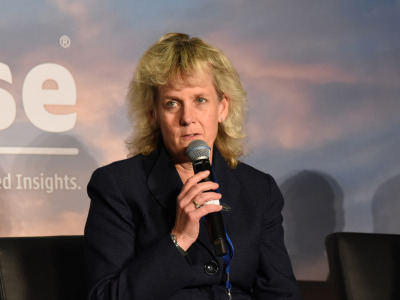 “Although the USDA, universities and small businesses have developed dozens of GE crops – with improved traits ranging from healthier and less allergenic to safer and more environmentally sustainable – and carried many through safety and pre-market testing, almost all have been denied commercial release mainly because of U.S. regulatory obstacles,” according to the CAST task force, led by Alan McHughen, who chairs the Department of Botany and Plant Sciences at California-Riverside.

Examples are a pox-resistant plum developed by USDA’s Agricultural Research Service (ARS), blight-resistant peanuts and insect-resistant potatoes. Others are citrus trees resistant to citrus greening, potatoes that resist late blight and cotton seed that could be used as a feed protein source. All in all, CAST summarized studies that have shown “some 300 traits in approximately 80 crops have been shelved, with the projects terminated or dormant, remaining to be activated and commercialized.”

That view was reinforced at the Agri-Pulse summit by Nina Fedoroff, senior science adviser at OFW Law and former State Department adviser. “Hundreds of millions of dollars of safety studies have turned up no evidence of a problem” with biotech traits in food, she said. “We’ve been regulating hypothetical hazards for 30 years.”

“Now is the time to get the regulation right because we have the CRISPR technology,” Fedoroff said, referring to gene editing techniques which do not involve the insertion of unrelated genes as in transgenic forms of GMO technology. 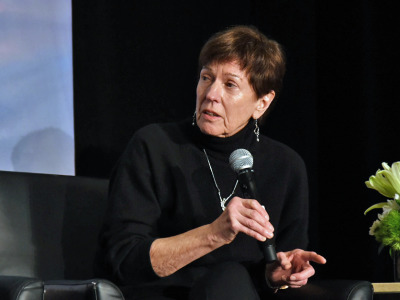 Without endorsing the Trump administration’s broader deregulation agenda, she said current efforts to deregulate offer “the best chance in this particular case” to adopt less restrictive biotech rules. “If this administration can’t get it right, we may not have another chance,” said Fedoroff, a former Penn State microbiologist.

“We need to get our regulation right and then negotiate with other countries,” she said, in order to better synchronize approvals of new biotech traits.

“We have to get our act together and then harmonize with other countries,” said Sonny Ramaswamy, director of USDA’s National Institute of Food and Agriculture (NIFA).

Speakers recognized the challenge of overcoming critics of the technology. “The activists against GMOs see gene editing as new cash cows,” said Van Eenennaam. “They have a vested interest in hyping fear.” Yet she sees room for optimism. “The next generation is tech savvy. It’s not going to go with fearmongering.”

Fedoroff said it is important to “recognize that the well has already been poisoned.” However, USDA “has an incredible role to play because it is such a trusted organization.” She recognized that any USDA effort to explain biotechnology to the public carries the risk that activists would try to brand the department as a shill for industry, “but it has to rely on science, which is quite clear.”

The regulatory system needs to be adjusted or “public, academic, and small business entities will continue to be frustrated in using these safe tools to deliver useful products,” the CAST paper said. “Current regulations are sometimes based on spurious, undocumented risks – onerous, expensive regulations discourage innovation, especially in small businesses and universities” that “have been almost entirely excluded from the agricultural biotechnology market,” it asserted.

It concluded that the current process-based U.S. biotechnology regulatory system is a scientifically unjustified barrier to agricultural innovation. “Since the early 1980s, American taxpayers have invested heavily in public (especially USDA and universities) and small private entities to develop improved crops and foods using agricultural biotechnology, including genetic engineering,” it said. “In spite of this considerable investment, the returns have been scant, with the unnecessarily onerous U.S. regulatory system operated by the USDA, FDA and EPA largely to blame.”