Mexico has not publicly ruled on genetically modified plant traits in the four years since President Andrés Manuel López Obrador took power, but the country’s health regulator Cofepris has been quietly approving and rejecting traits with an apparent bias against glyphosate-resistant corn seeds, according to U.S. government and industry sources.

The situation is especially vexing to the U.S. corn sector, which already faces significant financial peril because of a Mexican ban on GMO corn that is set to take effect in about a year, just as farmers are taking their 2023 crop to market. Mexico was the largest foreign corn market last year for the U.S., which sent roughly 25% of its exports to Mexican buyers.

Mexico has approved eight traits in canola, cotton, potato and corn seeds and rejected 14 traits in corn, soybean, cotton and canola seeds from late 2021 through this year, according to the sources who asked not to be named because of the political sensitivity of the situation and the fact that some of Cofepris' decisions are being appealed.

Details of the decisions are scant because Mexico has not published the results, but government and industry sources say that the seven rejected corn traits are all modified to be glyphosate-resistant.

That official and others in the U.S. government and ag sector are also hoping Mexico will walk back its plan to ban biotech corn.

Mexican officials, including Agriculture Secretary Victor Villalobos, have reassured the U.S. that the coming ban will not impact the majority of the millions of tons of corn it exports to Mexico, but U.S. industry officials say that’s not enough assurance amid AMLO’s continued anti-GMO rhetoric.

The decree specifically says the ban will be on corn for human consumption, but that doesn’t offer any assurances that it will not impact corn for livestock feed or other corn products, according to a study performed recently by World Perspectives and funded by groups such as Mexico’s National Agriculture Council, U.S. Grains Council, National Association of State Departments of Agriculture, National Corn Growers Association and the Corn Refiners Association.

Mexico, says World Perspectives, “has not offered clarifying guidance on which classes of corn or corn-derived products would be subject to the proposed ban. Considering this, the ban is assumed to apply to all corn imports from all countries, whether it be for feed or human food use. Additionally, the proposed policy is assumed to apply to GM corn-derived products, including dried distillers’ grains with solubles, corn starch and sweeteners, and other derivative products.”

Mexico continues to say the ban is coming.

AMLO, in a letter sent to President Joe Biden last year, said: “We are limiting the use of agrochemicals, and the importation and planting of transgenic corn is prohibited.”

Mexico’s “biosafety authorities will revoke and refrain from granting authorizations for the use of genetically modified corn grain in the diet of Mexican women and men, which implies that maize with these characteristics cannot be imported,” it reads.

US, Argentina, Brazil corn farmers offer united front to Mexico on GMO ban
Vilsack 'confident' in US corn exports to Mexico despite reported expansion of biotech ban
Biotech group calls for US enforcement action on Mexico

With time running out before the ban takes effect, the National Corn Growers Association and other groups are calling on the Biden administration to file a complaint under provisions of the U.S.-Mexico-Canada Agreement, or USMCA.

“If the decree is enacted, the negative impact will be felt by farmers in the U.S. and by the people of Mexico,” said NCGA President Tom Haag. “We’re now looking to the Biden administration to intervene to ensure that corn exports to Mexico don’t come to a sudden stop.”

When asked if the USTR would consider seeking dispute settlement consultations with Mexico under USMCA, a spokesperson told Agri-Pulse that all options are on the table. The spokesperson also stressed that USTR officials are actively engaged with their counterparts South of the Border because they realize the importance of keeping agricultural trade flowing.

There is essentially nothing that American farmers can do now to lessen the blow of the ban. Corn growers are now buying the seed that they will plant next spring, Haag told Agri-Pulse. That’s the crop they will harvest next September and then take to the market just in time for Mexico’s ban.

Even if farmers had the time, money, inclination or ability to plant non-GMO corn seeds, most wouldn’t know ahead of time if their particular crop – or part of their crop – was headed to Mexico.

But Haag, who farms 1,100 acres of corn in Minnesota, said that more of the corn produced in the upper Midwest has been heading to Mexico in recent years. 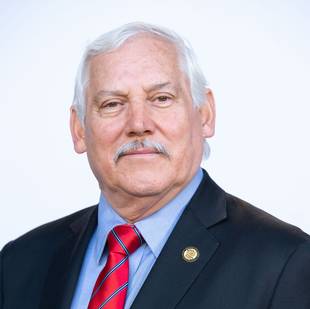 Leaders at the Office of the U.S. Trade Representative and U.S. Agriculture Department continue to press their Mexican counterparts to scrap the looming ban. Mexican Agriculture Secretary Victor Villalobos was in Washington last week, where USDA officials pressed him on the matter, sources tell Agri-Pulse.

One source stressed that USDA officials are using every chance they get to press upon Mexican officials the need to scrap the country's biotech corn ban, but it is ultimately up to the USTR to either negotiate or file a complaint under its USMCA rights.

“Mexico’s failure to perform scientific regulatory assessments in over three years, its disregard for due process and transparency, and its decree to arbitrarily ban key technologies is a direct violation of both the letter and spirit of USMCA and commitments to the WTO,” Michelle McMurry-Heath, then the president and CEO of the Biotechnology Innovation Organization, told the Senate Finance Committee in August 2021.

“We need USTR to act soon and the problem to be resolved quickly, because while some might think the clock is ticking, in reality, we’re already out of time,” Haag said.