California growers should start to look seriously at how to adapt to a changing climate, which could shrink the land available for many of the state’s most popular crops, a new study has found.

“Reduced numbers of chill hours, increased pest pressure, increased water demand and water-induced stress, as well as variable and unreliable water supply, are examples of factors that are projected to adversely impact the yield and quality of various crops grown in California,” says the paper, published in the journal Agronomy. Chill hours are traditionally defined as those periods where the temperature is below 45 degrees Fahrenheit.

"Understanding climate change and how it is impacting agriculture can help us develop relevant adaptation strategies and enhance agricultural resilience to climate risks," said lead author Tapan Pathak, a cooperative extension specialist at the University of California Division of Agriculture and Natural Resources.

“Along with breeding programs to produce low-chill requiring varieties, management practices that can extend crops’ winter dormancy periods should be investigated and documented for implementation,” the paper says. 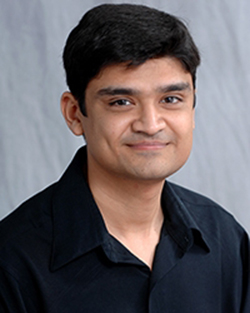 Winter chill conditions for almonds, figs, olives, persimmons, and pomegranates “are unlikely to become critical by the end of the 21st century,” the paper says. Those crops only require 200 hours of chilling conditions.

Peter Gleick, a scientist at the Pacific Institute in Oakland who has written and lectured extensively on water resources and climate change, said on Twitter that the paper “may be the most important article on this subject I've ever seen. And I've seen them all.”

Gleick further said that many of the “permanent” crop choices “will be increasingly inappropriate and less productive over time” and that “changes in water availability will become important and problematic.”

The snowpack in the Sierra Nevada currently stands at 52 percent of normal, according to the latest measurements. 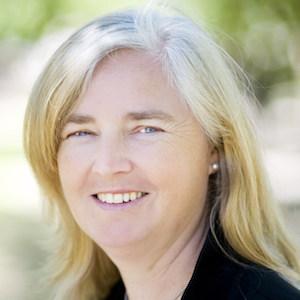 Gabriele Ludwig, Almond Board of California

Gabriele Ludwig, director for sustainability and environmental affairs at the Almond Board of California, said it’s difficult to figure out what a climate change adaptation strategy should look like because there are so many variables to consider.

Growers have been dealing with weather variability for a long time, she said. “Weather has always played games with us,” she said.

The Almond Board has been funding research on the suitability of almond orchards for groundwater recharge. Ludwig said about 60 percent of the acreage planted in almonds may meet that criterion, but that researchers will have to examine the relationship between recharging and nitrate levels.

“Application of flood flow to agricultural lands could recharge underlying aquifers and reduce flood damage to downstream areas,” according to research done at UC-Davis. “However, uncertainties remain, including the timing of groundwater recharge and the risk of nitrate leaching from cropping systems.”

Taking note of the diversity of in California agriculture, the paper says, “Since each crop responds to climate differently, climate adaptation research should be locally focused along with effective stakeholder engagement and systematic outreach efforts for more effective adoption and implementation.”

About half of all the nuts and fruits consumed in the U.S. are grown in California, including almonds, pistachios, walnuts, grapes, citrus, apricots, dates, figs, kiwi fruit, nectarines, prunes, and olives. The almond crop alone was valued at $5.16 billion in 2016.