Farms large and small could benefit from crop insurance tweaks

The Senate farm bill includes changes to crop insurance that are targeted at the largest as well as the smallest farms while also clearing the way for research that could lead to premium discounts for conservation practices.

The draft bill, which the Senate Agriculture Committee is scheduled to debate today, also would make hemp eligible for crop insurance, a provision that is part of a package of changes sought by Senate Majority Leader Mitch McConnell, R-Ky., to legalize and promote production of the crop.

None of the crop insurance provisions make any structural changes to the program or impose new restrictions on beneficiaries, such as a means test or cap on premium subsidies, but the tweaks the bill contains could be significant to many growers of all sizes and markets.

For large-scale producers of corn and other commodities, the bill would allow growers to merge enterprise units across multiple counties, or combine enterprise units with basic or optional units, potentially reducing farmers’ premiums. Enterprise units have lower yield variability and can qualify for premium discounts. Taxpayers potentially benefit as well.

The Illinois Corn Growers Association surveyed 398 farmers last year and found that 40 percent grew corn in more than one county. A few had corn production in four or more counties.

A provision aimed at diversified producers, including small-scale farms marketing to local consumers, would offer new incentives to insurance agents to sell whole-farm revenue policies, a product that has yet to take off in many regions of the country.

Agents often are not familiar with the whole-farm policies, and they take more time to process, said Ferd Hoefner of the National Sustainable Agriculture Coalition. "Farmers may be interested (in the WFRP policies), but if they don’t have an interested agent it’s not going to do much good," he said.

The provision would guarantee agents a minimum of $1,000 in reimbursement per policy and provide a $300 bonus for writing WFRP policies for farms that haven’t had the coverage before. The $1,000 minimum would “encourage agents to write policies for smaller operations that otherwise might not seem worth their time,” Hoefner said.

Several provisions are aimed at encouraging farmers to consider cover crops and other conservation practices, or at least removing impediments to them. One provision would clarify the conditions under which planting cover crops and practices such as nutrient management and integrated pest management would be considered good farming practices. Under the provisions, the practices would be allowed if the insured crop can "make normal progress toward maturity under typical growing conditions." 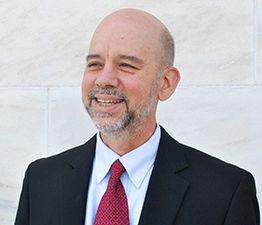 A former administrator of the Risk Management Agency, Brandon Willis, said he never saw evidence that crop insurance concerns were a deterrent to cover crop adoption. "However, if they want to make changes on that, the Senate language seems to be a nice way to do it. It looks like a smart approach," he said in an email.

The bill also includes provisions of the Agriculture Data Act, co-sponsored by Sens. Amy Klobuchar, D-Minn., and John Thune, R-S.D., and developed by the AGree coalition, aimed at using USDA statistics on conservation practices to assess how they improve crop yields and soil health or otherwise reduce farmers’ risks. USDA would have two years to establish a “warehouse” for the data at a university that researchers could access.

The data would include crop insurance records as well as information collected by the Farm Service Agency and Natural Resources Conservation Service. The bill also includes provisions intended to protect the privacy of the data.

Another provision in the bill would allow USDA starting in 2020 to offer insurance premium discounts for practices such as cover crops,  precision irrigation and fertilization and crop rotations, "that can be demonstrated to reduce risk relative to other practices." The research data could provide needed evidence on the impact of such practices.

AGree said the bill would “harness the power of agricultural data to provide farmers and policymakers with insights into the impacts of conservation practices on farm and ranch profitability, yield variability and risk while protecting producer privacy.”

The National Association of Wheat Growers expressed concern in a letter to the Senate committee that farmers would miss out on the premium discounts if they can't undertake the qualifying practices.

The bill also would tighten the Sodsaver provisions that apply only to the Prairie Pothole states of Iowa, Minnesota, Montana, Nebraska, North Dakota and South Dakota, reducing premium subsidies for producers who farm land converted from native sod. The bill would clarify that even if the land is used for hay production for four years, the reduction in subsidies would still apply to the first four years that the land is planted to insured crops.